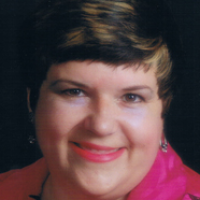 I write romance in almost all of its forms. I've been published since 1979 and writing has been my only profession. I love to write about strong, sexy men with a wicked sense of humor and women who are their equals.

I live in Oklahoma where there are still cowboys and Indians. I volunteer with an animal rescue group and I have three of my own little, rescued dogs. I've loved the same man for more than 35 years and he still makes my heart skip a beat when he walks into the room.

Deborah Camp has earned excellence awards over time. Here is the glimpse of the accolades clinched by the author. 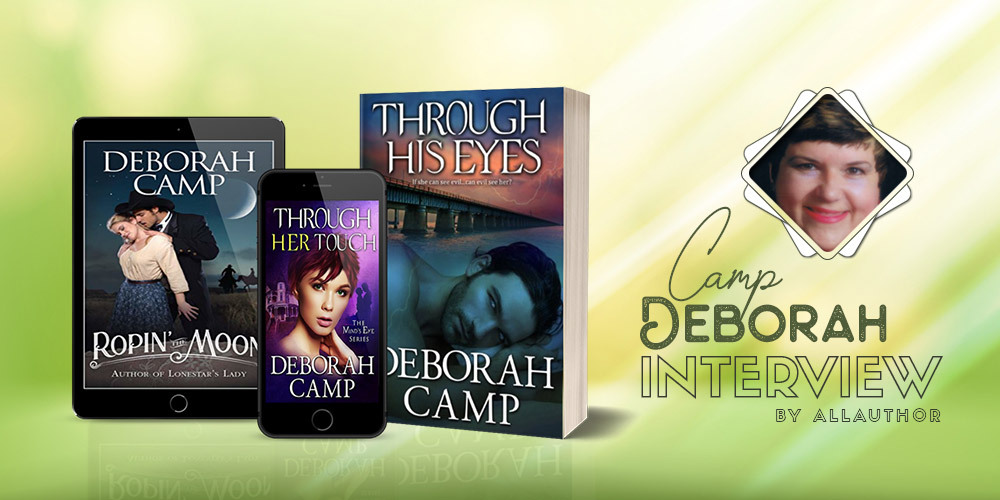 "Born in Missouri, Deborah Camp a renowned and beloved romance author. Her first published book was a contemporary romance for Silhouette. Her books always keep you captivated from start to finish. Deborah Camp combines suspense and romance beautifully. She writes compelling stories with vividly drawn and compelling characters."
You have been published since 1979. What was your first published writing about?

My first published book was a contemporary romance for Silhouette, Simon&Shuster’s romance line that was brand new. I was one of the first authors.

How long have you lived in Oklahoma? What's your favorite place to go for a coffee date?

I was born in Missouri. My family moved to Oklahoma when I was two and I've lived here ever since. I travel often to NYC because my guy lives there. My favorite coffee date place is my kitchen. Although I do like the Coffee House on Cherry Street in Tulsa. It’s a great place to watch people and chat some up. In NYC, we like to go to 787 Coffee near Battery Park.

Has there been any incident in your life which inspired you to choose romance as your genre?

I’ve always loved to read romances and watch romantic films. Romance is in my blood.

From where did you rescue your little dogs?

I work with Animal Rescue Foundation (ARF) and I adopted my dogs from them. I used to foster dogs, but now I help with adoption paperwork and promotions. I adopted Mr. Darcy shortly after I began working with ARF. He’s a 9-year-old chihuahua. And I adopted Mr. Christian Grey three years ago from ARF. He’s a 6-year-old poodle/shih-tzu.

How do you find inspiration for characters of strong, sexy men with a wicked sense of humor and women who are their equals?

My dad was a strong man with a wicked sense of humor. The man in my life is strong, sexy, and has a dry and wicked sense of humor. As a feminist, I’m all about smart, witty, strong women. I love the push-pull of equal relationships. I love men who are tough and tender- hearted and not intimidated or threatened by an opinionated, intelligent woman.

What is the central theme surrounding the Mind's Eye series?

The overall theme is that what seems to be a curse can be a blessing. The main characters are psychics who have struggled with their gifts. They’ve been ostracized, shunned, bullied, and ridiculed for their abilities. However, they persevered and are determined to use their gifts to help others. It’s also a love story about kindred spirits who find each other and become stronger together.

What is the best review you received for your book "Blazing Embers"?

Gosh. I wrote that book so long ago, I can’t even recall! It was my first historical romance and was originally published by Avon. I named it “Hellcat” and they said that name was too offensive. They renamed it “Blazing Embers,” which I’ve always hated. It did well enough that Avon put me under contract for three more historical romances. I was inspired to write an historical romance after reading books by the great author LaVyrle Spencer. Her novels are so beautiful and engaging that I wanted to try my hand at it, too.

Do you think it is possible for someone to be a writer if they don't have an imagination?

I suppose anything is possible, but that person would have a hard row to hoe. Novelists have characters and stories floating about in their heads all the time. If you don’t have that, then you probably don’t have the burning desire to write. It takes that to keep going. Also, you have to be able to become your characters as you write – to feel what they feel, see what they see, hear what they hear, taste what they taste. You get so far into them that time slips by and you’re not even aware of your surroundings.

When you write, what keeps you focused and motivated? Even though the writing is your passion, do you ever find yourself procrastinating sometimes?

I procrastinate fairly often. Usually, when I’m stumped about how to write the next scene or if I’m trying to plot a book and it’s not going well for me. I will read other books (romances, of course) or watch a movie to charge my batteries again. Or I’ll take a couple of days off and go somewhere to get a new perspective. When I procrastinate while I’m writing a book, I take it as a sign that what I’m writing is boring me, so if that’s the case, it will bore the reader too! So, I reimagine and replot until I’m on fire to write again.

How important are character names when you're writing a book? How do you choose names for your characters?

Names are very important to me. I can’t even begin to plot a book until I’m decided on the name of the book and the character names. I try out names until they fit the character in my head. I also “cast” my books, zeroing in on actors or models for each one. I print out character sketches along with the photos to refer to as I write the book.

Learn your craft. Read books by bestselling authors you like and use those books as your textbooks. Study how the plot develops, when and how characters are introduced, how dialogue is punctuated, how much introspection is used and how often, when and why viewpoints change. There is a lot to learn and you don’t want to submit a manuscript or put a book on Amazon that is amateurish in the least! Hire a good editor and have he/she read it and proof it. I write and rewrite, then I have an editor read it and make suggestions about what needs to be beefed up, cut, or made clearer. Then I send it to a proofreader.

As for marketing, try to keep up. I’m lagging behind now, so I’m hiring someone to assist me in promoting my next book and getting more readership on my Mind’s Eye series. The landscape changes in publishing so quickly, it is a challenge to know what’s hot and what’s cooled off.

Who inspired the character of Tess Summar in "The Too Tough Series"?

I was interested in how many women were unheralded and unsung in history. Women were forced into tight corners and expected to stay there. When they ventured out and proved they were smart and capable, men often took the credit for their achievements. This has happened over and over again in history and still goes on today. Tess is one of those women, who in a different time would have been a nurse or surgeon, but has been relegated to helping her doctor brother. Away from him, she comes into her own among people thought to be “primitive” but are more evolved than her own “tribe” of people. She’s brave and sees people for who they are; not as she’s been told to see them.

Writing either makes me feel like a total incompetent or like I have magical qualities. Depends on the day. When I’m not writing, I’m reading or doing stuff with ARF. I travel to NYC to see my guy and we take walks, watch the harbor traffic, check out new restaurants, see plays, and enjoy the hustle of the city.

I like AllAuthor’s promotional material and its ease of use. I’m trying to use it more and reach out to readers, although I haven’t been that successful yet. I have recommended it others. I think it has a lot of potential.

Have brimming questions to ask author Deborah Camp? Ask the author whatever you like, but keep in the appropriate zone.
** Please note, unanswered questions will not appear on the page and refrain from posting promotional messages.

The author, a good book and you. Contact Deborah Camp here.
** No Spamming: Spam is an irritant to regular users or the authors. Please note that bombarding promotional mails/messages is strictly prohibited. Your IP address may be blocked if found doing so.