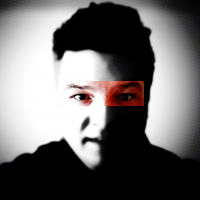 I grew up in a small town of five hundred people in Wyoming that everyone always pronounces wrong or spells incorrectly, Shoshoni (show show knee); I swear it's a real place. My first novel, Dreamwalker: The Second Plain, is LGBTQ+ as are HOME and Daughter of Illusion. My other books include the Circus Tarot Trilogy (it's Clowns and Tarot, what's not to love), Hunger, Hydrangeas on the Lanai and Darkness is Coming. And last, but not least, I have two anthology collections, An Unnamed Acquaintance and Liaisons Macabre. Oh, yeah, I currently live with my husband of twenty-one years in Colorado with our three cats, ten crested geckos, and one saltwater fish tank.

Charles W. Jones has earned excellence awards over time. Here is the glimpse of the accolades clinched by the author. 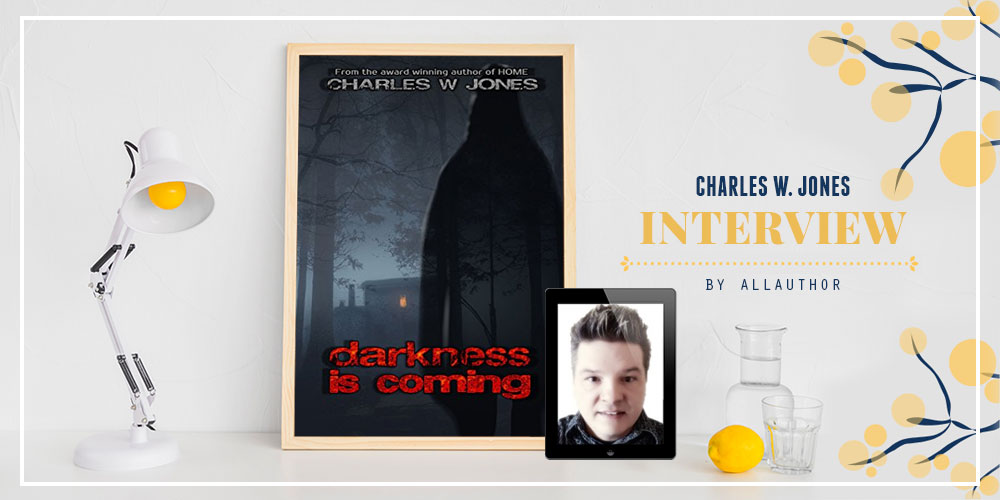 "Author Charles W. Jones grew up in Wyoming. After he published his first book, he was determined to write more and wanted it to be his career instead of a desk job. Horror just seems a natural fit for Charles. He likes the feeling of anticipation when reading and writing horror.
Besides horror, he likes reading mysteries and suspense books.
The author is working on a few projects right now.
While he is still working the desk job, he feels more fulfilled than he had before."

Where have you spent your childhood? I grew up in Wyoming. What are some of your favorite childhood memories?

Riding bikes with my brother and our friends all over town.

What was the most life changing decision you ever took? Do you have any regrets?

Oddly, this question doesn't apply to me.

When did you realize you want to be an author? How did your friends and family react to it?

After I published my first book, I was determined to write more, I wanted it to be my career instead of a desk job. While I'm still working the desk job, I feel more fulfilled than I had before. When I published Dreamwalker: The Second Plain, I hadn't told anyone I was writing it until afterward. Everyone was and still is supportive, and they try to give me ideas on what to write next.

Among Alexis, Jess and Mary, who would you take out for dinner and why?

Alexis, because she is the most insane of the three. Alexis has a hard time separating her imagination from reality, which could make a dinner date quite entertaining.

What inspired you to write "Circus Tarot"?

It came to me in a pre-sleep haze. For some reason my mind was replaying a strange version of an ad for the Barnum and Bailey Circus with the clowns throwing acid-cream pies into the audience. I pondered that for a few days, then one morning as I was dusting a shelf that holds my collection of Tarot Cards, it all came together. What were some goals you wanted to accomplish with this book? The goal of Circus Tarot was to create an alternate reality like Alice in Wonderland, where the cards in the Tarot deck became people.

One thing you wish you knew when you wrote your first book. How to market it.

I'm still getting the hang of it, trying to get a fan base built isn't an easy task. Finding companies like yours helps with that. How did you come up with the title "Dreamwalker: The Second Plain"? It was one of the easier titles for me. The Second Plain is what Saul calls dreamworld.

Besides horror, I like mysteries and suspense books. Why did you choose to write horror? Horror just seems a natural fit for me. I like the feeling of anticipation when reading and writing horror. Which is the best horror novel you have read so far? That depends on the day, like today, I'm saying Stephen King's The Shining. But yesterday it might have been John Saul's Blackstone Chronicles or maybe even Hellbound Heart by Clive Barker.

From where did you get the idea for your book "Page of Buckets"?

Page of Buckets is the second book in the Circus Tarot trilogy, and the product of what Mary and Darrin did at the end of Circus Tarot. It has some stranger elements than Circus Tarot, but is the continuation and happens six years after it. Have you ever been to circus? Yes, one time there was a small traveling circus that came to my hometown one summer, and as far as I know the only circus to ever be in Shoshoni, WY. I was maybe five, and I was the lucky "golden ticket" winner found inside the mini candy bars they were handing out. I remember being terrified of the Clown who came to take me to the center ring to get my prize, which was a cheep plastic whistle.

Set in his hometown, Shoshoni, WY, did you expect "HOME: A Novel" to become 2016 Independent Author Network Horror/Suspense Book of the Year Awards Finalist? What was your reaction?

I didn't expect to be a finalist, it was quite surprising when I found out, and humbling to learn that they liked my book enough for it to make the finals.

Hunger portrays the character of Reynard Ashwin, who unwittingly allowed a dark force to enter him in order to save himself from the plague in 1666. Why did you choose to write a story based in 1666?

1666 is only the start, Reynard lives to present day. How much did you research for it and from where? A lot of research went into Hunger, everything from the great fire of London to Jack the Ripper, but that's where it ended, once Reynard made it to America, I relied on my knowledge of United States history.

Is any of your characters inspired by a real life person? No. Describe the character of Saul in one word?

Which part of the book "An Unnamed Acquaintance" was most fun to write? Why?

An Unnamed Acquaintance is an anthology of short stories and poetry that I wrote from 1986 to 2011. Your Time Will come was the most enjoyable one to write, it's like a Matryoshka doll, stories within the story.

In your first interview with us, you told us that the best review you received was for Circus Tarot that was posted on Amazon. What was that review?

It's a 4 star review from Cabin Goddess; it's quite long, so I don't want to take up the space here, but you can find it on the Circus Tarot page on Amazon. What or who has been your biggest motivation? My biggest motivation is the reviews I've received from my books. They make me want to write more.

When can we expect the next book?

I'm working on a few projects right now. One is Daughter of Illusion, which is a paranormal mystery, and spin-off of Home A Novel with Eli Thompson as the lead character. And the other is a collection of short stories about relationships. I don't have a release date yet. What different is coming up? Both are horror based with nuances of mystery and drama.

Have brimming questions to ask author Charles W. Jones? Ask the author whatever you like, but keep in the appropriate zone.
** Please note, unanswered questions will not appear on the page and refrain from posting promotional messages.

The author, a good book and you. Contact Charles W. Jones here.
** No Spamming: Spam is an irritant to regular users or the authors. Please note that bombarding promotional mails/messages is strictly prohibited. Your IP address may be blocked if found doing so.