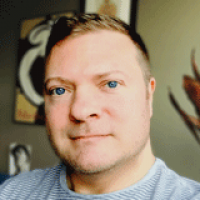 Author J. Steven Young shares adventurous and imaginative observations on life across multiple genres, including children's activity books, young adult and fantasy. His Hashtag Magic collection is quickly moving up the fantasy charts on Amazon and the fourth book in the series is now released.

Raised in the Chicago area, J. Steven witnessed his fair share of injustice growing up and always imagined how he could make life better for everyone if only he’d had magic or super powers. It took years for him to understand that he did have a gift. Though he traveled the globe in his youth, he still favors the lands of his imagination and wants nothing more than to share his visions with the world. He hopes his gift will allow readers to escape from reality, if only for a spell.

Following his education in technology, with a focus in writing and communication, he’s spent his career working in the tech and travel industries. It allows for some creativity, but it doesn’t compare to the freedom of creating new worlds and magical creatures.

A passionate home chef, J. Steven, can often be found in the kitchen with his agreeable husband, Tom, and their spunky little Siamese kitten, GusGus, who runs the house. When he isn’t working or writing, J. Steven is never more than a step or thought away from adventure. Whether spending time in his enchanted garden, conjuring up new recipes or spending time with family and friends, he’s always dreaming up new fiction based on over-the-top characterizations of the people he meets.

J. Steven is the author of over a dozen books and lives in Chicago, Illinois. 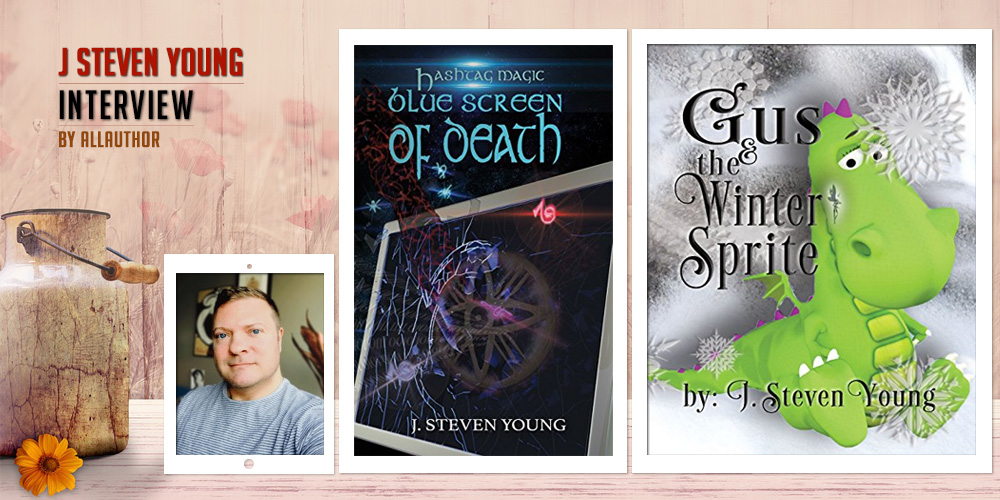 "Author J Steven Young was born in Chicago and adores its mega-mix of people, backgrounds, cultures, and ethnicities. Earlier, Steven actually hated reading and writing, leaning more toward drawing and painting. He later started keeping a journal, but it wasn’t until early 2015, after about 30 years working in IT, did he finally decide to go back write something worthwhile. To him, Magic is about creation, something we all can do today, without a spell or a wand. Steven believes early reading and stories that entertain but have a message are fundamental to a child’s development. He has several more Gus books planned and another about his Siamese cat. Fantasy wise, he is writing two more Hashtag Magic books plus many others, including a dystopian novel and a short story for an anthology with other author friends."
How would you describe Chicago to someone that's never been there? Could you briefly tell us a little about your childhood growing up there?

I would describe Chicago as a city to always come back to. I’ve lived many places, though I grew up around—and was born in—Chicago. There is something for everyone. Growing up in/near Chicago was like always having an exciting adventure in a big city. There is so much culture and diversity that I’ve been privileged to learn so much about people from outside my familial origins and beliefs. I adore the mega-mix of people, backgrounds, cultures, and ethnicities.

What kind of role did reading and writing play in your earlier life? When did you start seriously thinking about being a writer?

In my early life, I actually hated reading and did little writing. I drew and painted pictures to express my stories. In Late years of primary education however, I began keeping journals and writing down story ideas that I usually just made believe in my head. Not until early 2015 did I finally decide to go back and make something cohesive from my early collections and ideas. Once I began putting it all together I decided –“hey somebody might like to read this!”- so I self published.

A little bird told me that you were a home chef. What are some of your favourite cooking shows? Are you more of a savoury or a sweet chef?

Cooking is a fantastic outlet for my creativity. I love watching Lidia Bastianich(sp) and the Chicago local cooks on PBS. I believe in mixing flavors and melding cuisines to make fusions of great food. Sweet goes with savory most every time I create a dish.

Name one fantasy/science-fiction franchise you love and one you dislike. What is your dream superpower?

I love the Doctor Who (since the early start to the reboot) franchise… I dislike none really but I have a hard time getting enthused by planet of the Apes. My dream super power would be the ability to redo an action that did not turn out how I planed. Sort of a rewind ability.

How were you first struck with the idea for the Hashtag Magic series? When did you start writing the first book "Blue Screen of Death" and do you think your writing process has changed since that book to " Web of Trolls"?

I have worked in IT for nearly 30 years and one day I just though “what if I could do a hashtag to make something happen?” and thus the series idea was born. The first book Blue Screen of death began in early 2015 and yes, by the time Web of Trolls came out my process changed as it has while writing the upcoming “Open Source” book 4. Mostly due to growth and planning as an author as well as the screenplay that was written.

What is the underlying theme in the Hashtag Magic book series? Who was the biggest influence for your character Colby Stevens?

The underlying theme of the Hashtag Magic series is about a few things…without giving a spoiler for the next two books… one major theme is about looking within oneself for strength, but never forgetting that help is always nearby with our friends and family. There are also major themes of embracing diversity and not judging others. The main character Colby Stevens…well he is a great deal part of me and my feelings growing up.

What does the word magic mean to you? Do you think it could exist in our world?

To me, Magic is about creation. That might be in changing something, making something from nothing or reimagining. That is actually something we all can do today, without a spell or a wand. Our will to make it so is enough to fuel the desire to make our dreams a reality.

How did you come up with the name Aurderia and what does it mean? What tools did you use to come up with some of the other names in the Chronicles of Aurderia books?

Aurderia just came to me honestly, however all the other names and places, words and spells have roots in Sumerian language and myth.

Did you plan out the entire backstory of the Chronicles of Aurderia book series before or when you were writing "The Balance"? Would you say you're more of a planner of pantser when it comes to writing a series?

I actually started the Balance as a complete punster. By halfway through I began seeing the future of at least two more books and have actually planned a prequel. I now do planning and then do become a bit punster-ish when my characters take over. But I like to have a beginning outline full of where I want to go. The journey has a habit of changing as I write, but the destination remains fixed.

Why did you start writing children's books and stories? How much change do you think a good book can make in a child's life?

I began writing children’s activity books to extend my audience, but then a story came to mind for the Gus the Garden Dragon books and it just had to be written. I think that early reading and stories that entertain but have a message are great and fundamental in a child’s development. Children will identify with characters and stories. They need to see they are not alone with how they feel and know there is always a way to work out their feelings.

What sort of moral/message do you hope to impart with books like "Gus the Garden Dragon"? Besides your story based children's books, what do you think makes your more practical books for cursive or printing stand out from the rest of the crowd?

The Gus stories are all about making children become open to ideas, people, friends, feelings, and knowing that though they are an individual, we all are one people, despite our outward differences.

What are some things we can expect to find you doing on a normal day? What's one thing that always makes you smile?

My normal day is working a day job and giving it my all…then home to make dinner, then work on my books, my author client websites, and making time for my family. The one thing that ALWAYS makes me smile is when I hear or see that something I’ve said or done has touched or helped someone in some small way.

Do you plan on writing more children's books or fantasy books in the near future?

I do have several more Gus books planned and another about my crazy little Siamese cat. Fantasy wise, there are two more Hashtag Magic books plus a short story then a spin-off series about the main character’s crazy grandmother becoming a witchy PI of sorts. I also have about 20 plus other books outlined including a dystopian novel I am working on now along side the forth Hashtag Magic book and a short story for an anthology with other author friends.

Have brimming questions to ask author J Steven Young? Ask the author whatever you like, but keep in the appropriate zone.
** Please note, unanswered questions will not appear on the page and refrain from posting promotional messages.

The author, a good book and you! Contact J Steven Young here.
** Please refrain from spamming and don't bombard the author with promotional mails/messages. Your IP/Email address may be blocked if found doing so.