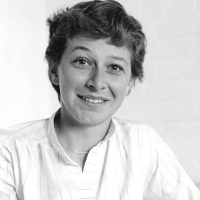 Born in Britain, now living in central France with two rescued border collies and two formerly feral cats. Avid reader and love writing. Also enjoy walking, gardening, camping out and having mad adventures as does not befit my advancing age! 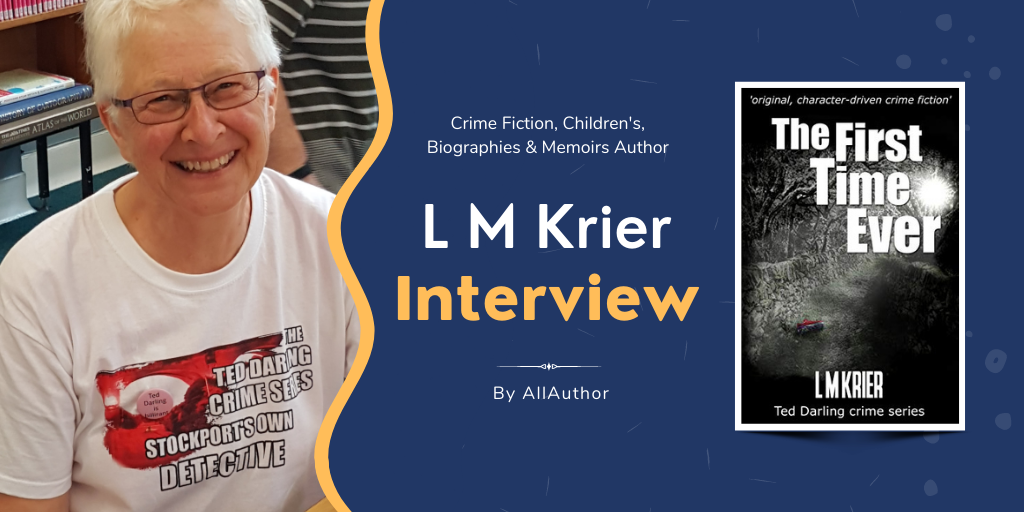 "Born in Cheshire, Lesley Krier Tither is the writer of crime fiction, travel memoirs, and children's fiction under different pen-names. L M Krier is a former journalist, freelance copywriter, and copy editor. Krier has a way of putting you at the scene of the crime. The author writes character-driven crime drama with detailed and accurate police-procedurals."
What was your childhood dream? And were you able to fulfill it?

I always wanted to be a cowboy. Every since watching Wagon Train when I was little. Never quite managed that but I did learn to ride, had my own riding centre and managed others for a few years.

When did you join the staff of a local weekly newspaper in Greater Manchester as a general reporter?

In 1971 at the age of 19. I did a year’s pre-entry training in journalism before completing a 3-year apprenticeship on a weekly which was part of an evening paper group. That was followed by taking and passing various exams including law and local government studies.

What are some horrible mistakes you can make when taking care of a cat?

Assuming you can ever outsmart a cat. Ever. They know all the tricks and all of the answers. Just when you think you have safely got their medicine down them they will go and find somewhere to throw it back up. Usually in one of your shoes.

How did your first commercial writing success come when you were sixteen?

Another cowboy obsession. I used to love The High Chaparral which was shown on British television during the 1960s. I wrote a storyline based on the characters, mostly during lessons at school. My friend sent it off to the executive producer, which I thought was a bit of a dream. Then we got a letter from him saying he liked it and offering a very generous amount of money to buy out all rights, which I was happy to accept.

What developed your interest in crime fiction, both to read and to watch on television?

Growing up in Britain, crime drama was very popular and very widely watched. Long before the days of soap dramas like Dallas and Dynasty, we were glued to series like Dixon of Dock Green and Z Cars. I also grew up an avid readers, especially of Agatha Christie. When I was a reporter I covered court cases and thought I had some good ideas there, from real experience, to start trying to write some. And the best way to learn to write it is first to read and to watch as much as you can.

What inspired you to write your series of books, the Sell the Pig series?

Lots of British people move abroad, to France, Spain, Italy and so on. They’re usually standard families, mother, father, children, perhaps the odd grandparent. I think my brother and I were unique in doing it with an 89-year-old mother with dementia. I thought our experiences, both of house-hunting and of looking after an elderly parent, might be both amusing and helpful to other people considering the same thing.

Who was your great friend who read the first chapter of your crime fiction storyline based on the dream you had on Christmas Eve 2014?

Her name is Jill Pennington, she’s an English lady who now lives in Italy running glamping (glamorous camping) holidays in, amongst other things, a stunning Hobbit House which she built herself. She is from Yorkshire where people are traditionally very blunt speakers. I know she would give me a brutally honest opinion of the first chapter I wrote about the police detective who had arrived in my head in a dream the night before. She’s not effusive in praise, but I took her comment, ‘I want more’, as being positive and encouraging. She still reads every word in the Ted Darling Crime Series before she allows me to inflict it on the public.

Why did you decide to a write under the pen name, L M Krier?

My paternal grandmother was from Luxembourg so I have two family names, as is customary there – Krier Tither. I also have two first names, neither of which I like very much. There’s also a bit of a bias against women writing crime, despite Agatha Christie so I thought initials would be anonymous. There are very few people called Krier so it would be a unique name, which is always useful when you want to stand out in a genre, especially crime fiction which is a big and a crowded one.

What are some great advice books for an aspiring freelance copywriter?

I’m not sure about books but you do need to read extensively round the sort of thing you are writing about. Catalogue copy for women’s fashions? Get online and search and see which ones might tempt you to buy something, especially something you wouldn’t usually pick. Clients want aspirational copy, the magic secret formula which makes potential clients think their life is incomplete without their product.

What is the easiest way to learn gardening techniques?

Watch to see what grows in neighbouring gardens, especially those of older people who’ve lived there a long time. You may really aspire to growing something beautiful and delicate but if no one else in the area is growing it, there’s usually a good reason.

I very much hope that it will have regained some of the honesty and integrity which seems to have been eroded over the years. My late father was President of the Guild of British Newspaper Editors in the 1970s and I’m sure he is spinning in his urn at some of the things which happen these days in the name of journalism.

How would you describe your experience of spending eight years owning and running a holiday riding center on top of a wet and windy plateau in Wales?

Back-breaking. Heart-breaking. Wonderful fun. An excuse to be a kid again and play cowboys and have bonfires. The highs of going to shows and winning trophies and rosettes. The lows of losing beloved horses in ways you could never imagine.

Have you stopped reading printed books in lieu of digital books, why OR why not?

I read both. I’m a regular at the local library which is wonderful and, being French, there is always coffee or tea available, free. And when there are evening events – I’ve done presentations of my books there – there is wine and cheese and all sorts of food. But I also read digitally. As I get older various joints get a bit stiff and painful sometimes so it’s much lighter to hold my Kindle than a paper book.

I have two storylines for the Ted Darling crime fiction series, writing as L M Krier, Nos 15 and 17, rattling round in my head. I’m currently writing some more of the short humorous travelogues I write about the various trips and holidays I go on. They, like the Sell the Pig travel memoirs, are written under my other pen-name, Tottie Limejuice.

I would and do recommend it. It gets me some interest on Twitter, and the banners are very useful as people react so much better to a visual than to text alone.

Have brimming questions to ask author L M Krier? Ask the author whatever you like, but keep in the appropriate zone.
** Please note, unanswered questions will not appear on the page and refrain from posting promotional messages.

The author, a good book and you. Contact L M Krier here.
** No Spamming: Spam is an irritant to regular users or the authors. Please note that bombarding promotional mails/messages is strictly prohibited. Your IP address may be blocked if found doing so.