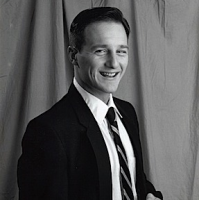 Tory Allyn currently resides in Upstate New York. Although born in Syracuse, he was raised in the quaint town of Baldwinsville with his brother and two sisters, who drove him into becoming the zany person he is today. As a child, he made up many a tale. Some funny; others dark and brooding, but all started him on the path to writing. Today, his nephew, lovingly referred to as ‘The Monster Child’, is his partner in crime. Most days, you will see them playing ball at a nearby park, going for a dip in the backyard pool or snowboarding down a popular mountainside. 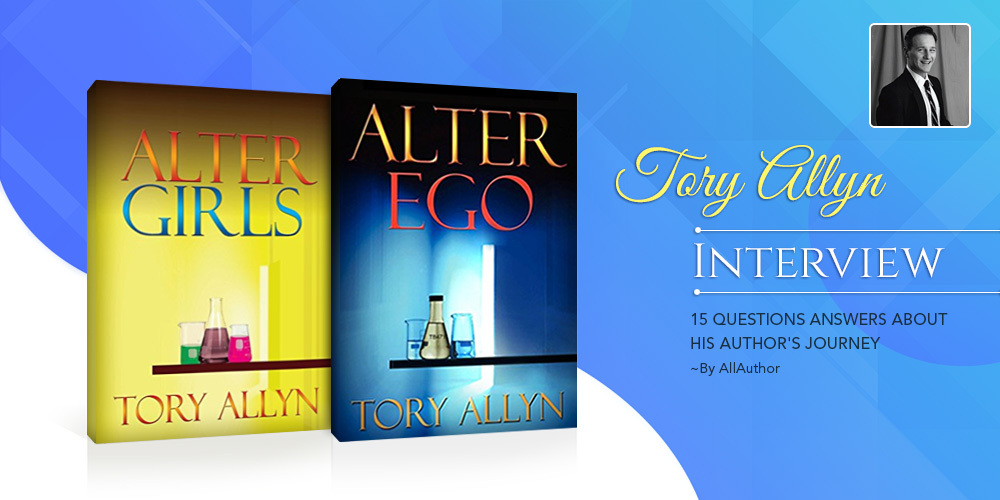 "Tory Allyn's father died in July 2009 so he began writing in the fall of 2009. He is up around 7:00 AM and begins his marketing routine with coffee on hand. In the summer, he tries to squeeze in a few laps during the day. He enjoys a good mystery so it’s a no-brainer for him to write one. Right now he is currently writing his fourth and final novel of the four-book series. If he had to tell a new writer a tip, it would be to carry around a pocket tape-recorder because you never know when some inspiration is going to pop into your head."
Which is your favorite childhood memory from being raised in the quaint town of Baldwinsville with your brother and two sisters?

Mostly, we had each other since there were no other children to play with. But my favorite memory was when my grandmother would come and stay with us a few days. We always had fun with her.

When did you first begin writing? What inspired you to start writing?

My father died in July 2009 so I began writing in the fall of 2009. He inspired me because he died quite young and never did the things he had set out to do. I did not want that to happen to me.

What are some great books you've read recently and who wrote them?

The Wonderful Wizard of Oz by L. Frank Baum. He had such a fascinating grasp on his characters, a well-developed plot, and the best ending to a novel that has ever been written.

According to you, what is the perfect recipe for an amazing story?

Well-thought out characters, a twisting plotline, and an all-encompassing ending.

How would you describe your character, Jack Stanwick?

Jack is a rough-and-tumble kind of guy, but there is a sweetness in his heart that very few are allowed to see.

Which Hollywood actor most closely resembles what you imagine him to look like?

What does a normal day in the life of Tory Allyn look like?

I am up around 7:ooam and begin my marketing routine with coffee on hand. Around 10:30am, I switch over to some writing which tends to end in the mid afternoon after which I run errands and take care of household chores.

How often do you go for a dip in the backyard pool or snowboard down a popular mountainside?

In the summer, I try to squeeze in a few laps during the day. As far a snowboarding, that is done in the winter when the snow finally covers the mountain.

Why is your nephew referred to as ‘The Monster Child?'

He enjoys terrorizing me. He is my spitting image so I probably deserve it.

How and when did he become your partner in crime?

Since his birth…and as he grew up, he took to me like white on rice, and it gave me the chance to mentor him for good (and not evil).

Why did you choose to write in the mystery genre?

I enjoy a good mystery so it’s a no-brainer for me to write one.

What do you love the most about this genre?

It affords me the chance to weave a great story plot with twists and turns that culminate into an all- encompassing ending.

Were most of your stories in The Davenport Decrees series from your imagination or were they inspired by real-life events?

They were from my imagination. I had this storyline kicking around in my head since the late 1980’s.

How did you begin writing The Davenport Decrees series?

I began with a FBI agent heading to the crime scene.

When writing a series how do you keep things fresh, for both your readers and also yourself?

I have a bizarre mind so all four are separate crimes with my main characters.

What gave you the idea for the chemical experiments on the victims in Alter Ego?

Without giving too much away, I needed something to alter my three detectives.

What was the biggest challenge of continuing book 2, Alter Boys, into a strange experiment?

Writing for both a male and female character. I had to delve deep into my emotions for this one.

Do you remember the first bad review you got and how you dealt with it?

After eleven 5 star reviews, I get a reviwer who gave me 3 stars because the words coming out of my character, Russ, where jarring to her. I realize that not everyone has the same taste so I was bound to get a bad review. I am just happy it wasn’t lower than the 3.

How do you deal with bad reviews now?

I kmow not everyone is going to find my novels their cup of tea so I have to take the good with the bad.

Who inspired the character of Lydia Reome?

I met a French girl once and knew I had to write her into my story…accent and all.

What are some emotions that you felt when you finished writing the final chapter?

I know elation was at the top of my list, but also was reward. I had actually written a novel which is not an easy task.

What are some of your future projects that you've started on?

Right now I am currently writing my fourth and final novel of the four-book series so that keeps me quite busy.

May we know when we can expect a new book?

By the beginning of next year.

What do you think of AllAuthor and its services?

You guys have been great. I have learned much from your platform and you have helped me to sell my novels. Thank you!

Do you have any feedback?

If I had to tell a new writer a tip, it would be to carry around a pocket tape-recorder because you never know when some inspiration is going to pop into your head. I found this to be a valuble asset.

Have brimming questions to ask author Tory Allyn? Ask the author whatever you like, but keep in the appropriate zone.
** Please note, unanswered questions will not appear on the page and refrain from posting promotional messages.

The author, a good book and you. Contact Tory Allyn here.
** No Spamming: Spam is an irritant to regular users or the authors. Please note that bombarding promotional mails/messages is strictly prohibited. Your IP address may be blocked if found doing so.