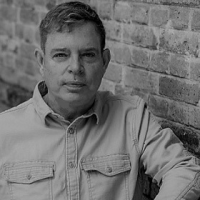 Will Bashor has a B.A. degree in French and an M.A. degree in French literature from Ohio University and a Ph.D. in International Studies from the American Graduate School in Paris where he gathered letters, newspapers, journals, and plays during his research for Marie Antoinette's Head. Professor at Franklin University and a member of the Society for French Historical Studies, he attended the annual meeting at Harvard University in 2013 where he presented the political importance of Leonard Autie's role in the royal family's unsuccessful flight to Varennes. Visit him at www.willbashor.com. 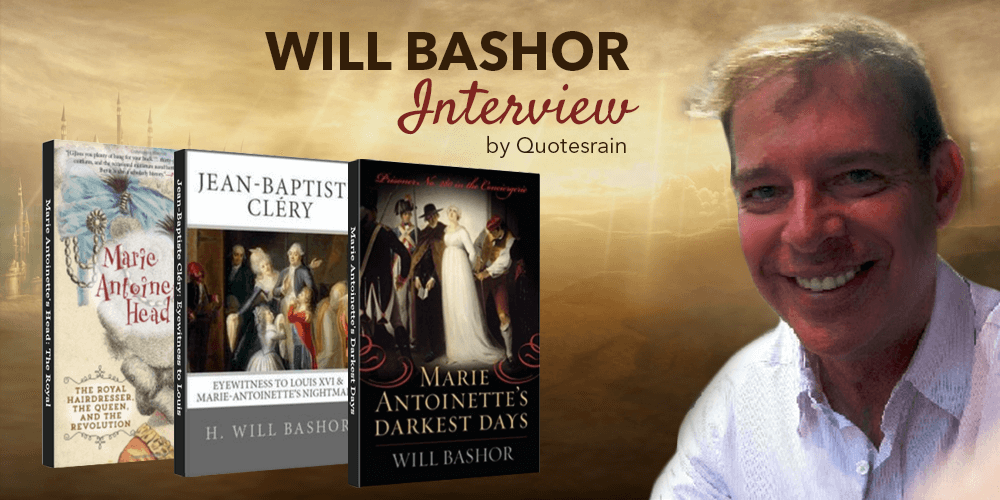 "Will Bashor makes history come alive. He writes historical biographies that tell the stories of the high and mighty and the unsung and forgotten regardless of the bias of history. His characters range from the infamous Marie Antoinette to her lowly, salt of the earth hairdresser. We present you with an interview of Will Bashor, a Shakespeare fan, who talks in culture and quotes Michel Tournier for inspiring his readers; alluring and intimidating at the same time. Mr. Bashor demands that the reader to be an equal participant in the holy trinity of Writer-Character-Reader. "
Which interview question you dread the most?

You spend two to three years researching, writing, editing, and rewriting your biography about an obscure hairdresser who lived in France over 200 years ago. And then the big question pops up in an interview: “Why were you passionate about writing this story?

Is it difficult to construct a character while writing a biography?

To begin, because I write nonfiction, I don’t have to create names for characters. And that’s fine with me because I love reading and writing biographies of real people. By definition, a biography is the history of someone’s life—but a biography means much, much more to me. It is similar to the image of a landscape in an artist’s imagination, one that needs to unravel on a blank canvas. A biography is indeed a history, but it is also a history of a life lived, requiring imagination and inspiration to bring it to life. To write, for example, about an obscure hairdresser’s yard-high coiffures and the infamous poufs at the court of Versailles is one thing, but to have the hairdresser himself stand out and shine among the celebrated courtiers, including Marie Antoinette and Louis XVI, is quite another.

When writing a person’s life story, this is a question that is always on my mind. With so much information from my research from which to choose, I have to be sure that the stories all tie into the main theme of the work because there are really three individuals joining in on this adventure: (1) in this case, the hairdresser Leonard who experienced the glamour, the decadence and the danger of his times in Revolutionary France; (2) me, the author, who recreates the story for retelling; and (3) then the reader sitting in an easy chair who brings the story to life.

Do you have a “reader” in mind when you write?

Yes, indeed. I want the reader to be an active participant and consider the story I’m recreating as a generous gift. When you see the Mona Lisa or the Venus de Milo, for example, doesn’t the image become yours forever? Likewise, when you read a biography to the point where an obscure hairdresser can become a living, breathing, and credible being, although you put the book back on the shelf, doesn’t he remain yours forever?

What do you do to get book reviews? what is the best review you ever got?

I’ve been very fortunate to have my books reviewed in newspapers, on Amazon.com and on Goodreads. Perhaps one of the best reviews was from the New York Post, calling Marie Antoinette’s Head: The Royal Hairdresser, the Queen, and the Revolution (Lyons Press, Oct. 2014) a “New York Post Must-Read.”

What does the word “story” mean to you?

A story in my genre of nonfiction should be a depiction of a character’s journey to pursue something despite all the obstacles in the way. It should also make us feel like we belong in the grand scheme of things. It is surely great to walk among the living, but it is also wonderful to know that there were others before us. Perhaps reading a story matters because it gives us a background for our own lives, and we become, hopefully, part of what Shakespeare called the “great humanity.”

What are you working on now?

I am currently putting the finishing touches on my next biography, Marie Antoinette’s Darkest Days: Prisoner No. 280 in the Conciergerie (Rowman & Littlefield, Dec. 2016). This work begins on the 2nd of August 1793, the day Marie Antoinette was torn from her family’s arms and escorted from the Temple to the Conciergerie, a thick-walled fortress turned prison. It was also known as the “waiting room for the guillotine” because prisoners only spent a day or two here before their conviction and subsequent execution. The ex-queen surely knew her days were numbered, but she could never have known that two and a half months would pass before she would finally stand trial and be convicted of the most ungodly charges. This story can only be described as a cruel mixture of grandeur, humiliation, and terror. Marie Antoinette’s reign amidst the splendors of the court of Versailles is a familiar story, but her final imprisonment in a fetid, dank dungeon reeking of rat urine is a little-known coda to a once-charmed life. Her seventy-six days in this terrifying prison can only be described as the darkest and most horrific of the fallen queen’s life.

Do you have a special time to write or how is your day structured?

I enjoy writing in the early morning with a cup of coffee, but you can also find me at the library, Starbucks or Barnes and Noble in the afternoons.

Ask Will Bashor a Question

Have brimming questions to ask author Will Bashor? Ask the author whatever you like, but keep in the appropriate zone.
** Please note, unanswered questions will not appear on the page and refrain from posting promotional messages.

The author, a good book and you. Contact Will Bashor here.
** No Spamming: Spam is an irritant to regular users or the authors. Please note that bombarding promotional mails/messages is strictly prohibited. Your IP address may be blocked if found doing so.