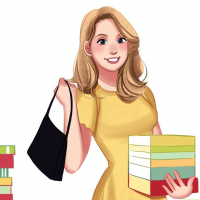 Alex Bailey was a bored writer/editor of documents as monotonous as vacuum cleaner manuals. She left that life behind to create more exciting worlds than the one she lived in. The Future Memoir of Ann Jones is the first book under her assumed identity. When she's not listening to friends reveal wild stories about their future, she's tending to her organic garden while belting out show tunes. Ironically, Alex does not have the patience to sit still long enough to knit. Some of her favorite hobbies include: embarrassing her children in public with her rhythmically-challenged dancing, cleaning the small disc around the stopper of the bathroom sink, and dallying. She’d love to tell you more about herself, but as you know, she is incognito so as not to reveal the true identify of her friend, Ann Jones.

Alex Bailey has earned excellence awards over time. Here is the glimpse of the accolades clinched by the author. 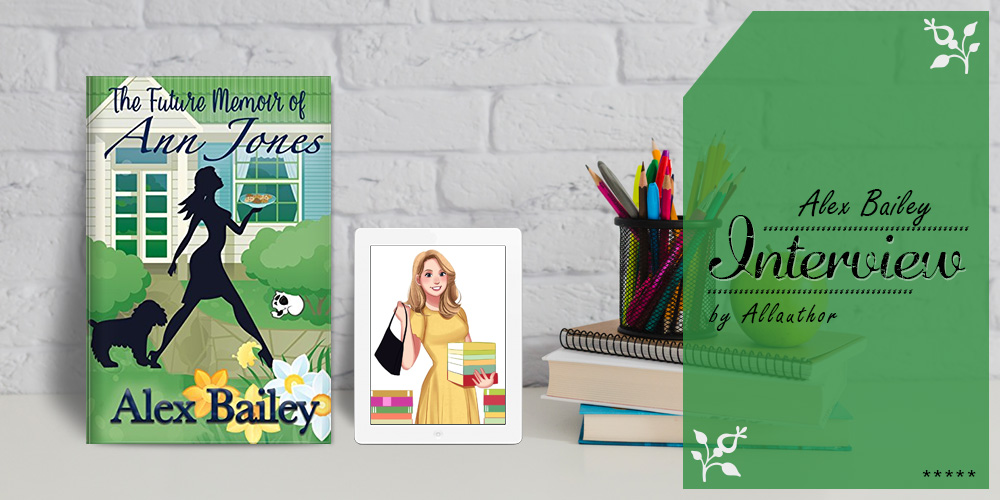 "Alex Bailey left the life of a bored writer/editor of documents and moved to create more exciting worlds through her books.
Growing up on one of the coasts of the US gave her the opportunity to meet a wide variety of people, in both personality and physical characteristics, so that she has a mountain of description to draw from.
Alex has majored in Psychology at the University of Maryland and understands people’s emotions and motivations, which really helps in character development.
She came to writing fiction later in life, while in the midst of having a career and raising a family. Alex likes gardening and maintaining an organic garden just to soak in the wonderful sounds around her. The author loves taking long walks and traveling to Walt Disney.
As a writer who has just started out, Alex thinks writing is the easy part; marketing is a beast.
Along with the aim of getting magical with her books, Alex has a bucket list of places she wants to see."

Where were you born and brought up? What effect have these places had on your personality?

Well, as you know, I need to keep some sense of anonymity to conceal my friend, Ann Jones’ true identity. So, I’ll keep it pretty vague and just say I grew up on one of the coasts of the US, and it gave me the opportunity to meet a wide variety of people, in both personality and physical characteristics, so that I have a mountain of description to draw from.

Where did you go to college? What was your major and how has it helped you tell stories better?

I majored in Psychology at the University of Maryland and how could having a Psych degree not help with story-telling? I understand people’s emotions and motivations, which really helps in character development. I can spot a manipulator in real life and then transform and weave him into my plot.

What was your life like before you decided you wanted to write?

I came to writing fiction later in life, while in the midst of having a career and raising a family. So my life before fiction was the same as after I wrote my first story. Still worked full time and played the role of carpool mom to these fun places: piano lessons, gymnastics, soccer, drum lessons, dance, improv group, football, baseball, theater, band, etc. My kids had many activities through the years, which afforded me much writing time on the sidelines.

You spend a lot of time listening to your friends and their stories. Do these stories give you ideas to write on?

I’ve never really gotten an idea from a friend, other than Ann’s story. I have though, gotten many story ideas from my vacuum cleaner. It seems as soon as I turn it on, the ideas fighting for freedom all rush out at once. I can’t really explain it, other than perhaps it’s the contradiction of the vacuum sucking in that releases them—maybe they’re afraid of being sucked in if they don’t escape?

You like gardening and maintain an organic garden. Everything around us teaches us something and inspires us in some way, what is the one lesson or inspiration you take from nature around you?

To listen. When I’m out at the (mini) farm, I’m surrounded by trees and silence fills the air. Or so you might think if you weren’t really listening. Sometimes I remove my headphones and soak in the wonderful sounds around me. And when I do, my mind wanders. Deep universe-pondering questions pop into my mind. The other day I was out there and one of those types of questions came to me. Well, not right away. The first question was what to make for dinner. But then listening to the birds singing, I wondered why the first humans named them what they did rather than the sound they made. If the bird that made the RICKy-RICKy sound was named Ricky-Ricky, I would know his name. But I’ve got no idea who makes that sound, because he wasn’t named appropriately in my book. Now the bobwhite, that makes all the sense in the world to me.

What are your other hobbies apart from writing and gardening?

I love taking long walks, especially around Walt Disney World. And traveling is one of my all-time favorite hobbies, especially traveling to Walt Disney World. I have a bucket list of places I want to see, which include: Anaheim (Disneyland), France (Disneyland Paris), Japan (Tokyo Disney), China (Shanghai Disney), Honk Kong (Hong Kong Disneyland), Hawaii (Aulani). Oh, and I love taking cruises, especially when one of the excursions involves a stop at a Disney park.

What is the story behind the ‘assumed identity’?

All is revealed in the book, The Future Memoir of Ann Jones. But basically, I’m protecting my friend’s identity by concealing my own.

True story – I wrote my first book on the metro while commuting to/from work. It took a year and it involved paper and pencil. While some might say this is not the ideal setting, for me it was because I am easily distracted. I can’t even have music playing. But on the metro, there was so much noise, that it blended together, creating a ‘white noise’ of sort. These days, though, I can usually be found huddled up in my office, and when I get stuck, wonder if I should hop on the metro.

What gave you the idea to write your first book, ‘The Future Memoir of Ann Jones’?

My friend, Ann. When she relayed her story to me.

Who inspired the character of Ann Jones?

How did you build the other characters in the book? Were they completely imagined or inspired from real life people?

The characters’ names have all been changed to protect the ‘innocent’—except for the pets, for who could ever track down a person based on the name of their pet?

As a writer who has just started out, what is the one thing you discovered about writing that you didn’t know before writing your first book?

Writing is the easy part. Marketing is a beast.

What are the genres you plan to explore in the future books you write?

All of the books I’m currently writing (yes, more than one. I never seem to be able to focus on a single story—the same with reading, I have about five books on my nightstand and more open in my kindle), have a splash of magic. I see magic in everyday life and have discovered that my stories come alive when a splash is poured in.

Which is the next book you are writing? What is it about?

I believe the next book to be finished (see #13) will be a Christmas romance, because you can’t get more magical than Christmas, in my book.

Alex Bailey is a thinker and a doer. These are the quotes by famous personalities the author resonates with.

A room without books is like a body without a soul.
Marcus Tullius Cicerobook 57

The countenance is the portrait of the soul, and the eyes mark its intentions.
Marcus Tullius CiceroSoul 33

Have brimming questions to ask author Alex Bailey? Ask the author whatever you like, but keep in the appropriate zone.
** Please note, unanswered questions will not appear on the page and refrain from posting promotional messages.