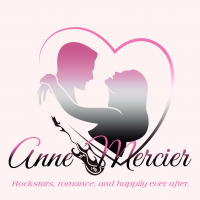 Anne Mercier is the author of the bestselling Rockstar, Truths, and The Way series. She was born and raised in Wisconsin and still lives there today. 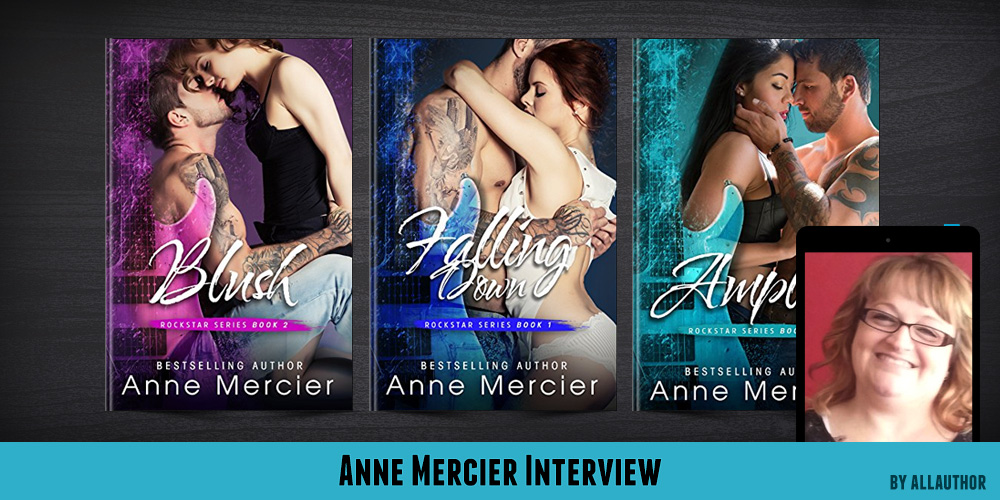 "As a child, author Anne Mercier had a close-knit family and was always with her grandparents, which impacted a lot of her life. She wrote her first short story in fifth grade. Anne’s debut novel was Falling Down, Rockstar Book 1, which made its way to be #24 on Amazon's Bestseller List. Amongst many, some advice to new authors is to have a second book ready before you publish your first so you don’t miss a deadline, to have your website and social media set up, find an organizational pattern, to always have people working for you sign a non-disclosure agreement, etc."
What are some early childhood experiences you had that really shaped the way you are today?

I think what shaped the way I am today the most is the sense of family my parents instilled in me since I was a little girl. We were always around our grandparents, went to family reunions, and were just very close knit. I think that has impacted me and my behaviors. What kind of music did you like as a kid and do you still listen to it? Pretty much a little bit of everything. My mother was a major music fan and always had something playing when we were cleaning, driving, or just hanging out at the beach or pool. Those ranged from Alabama to Elton John, Elvis to the Bee Gees. Yes, as you can see, that was in the 70s to early 80s. When I was a little older, my first cassette tape (ha) was Loverboy - Get Lucky. Then came The Cars, Foreigner, The Police, and AC/DC.

Do you remember the first story you ever wrote and where you wrote it (in an old notebook, crumpled piece of paper, on a laptop, etc)

Yes! I do remember the first story I ever wrote. It was in fifth grade. We were to write a short story and I wrote one about how I was afraid of going into the basement, but that's where we needed to go to do laundry. And one time I heard a noise, but it wasn't a scary one so I went to check it out. That's when I found our dog and a litter of puppies!

If someone offered you 100 billion dollars to never write again, would you take it?

Wow, that's a lot of money--but, I don't think I could take it. What would I do with all of the stories in my head? All the voices that need to be heard? I think I enjoy telling stories too much to never write another one again.

What are some of the greatest books you've ever read?

Oh, now you've done it. Seriously, there are so many amazing books out there, but some of the greatest ones and ones that I reread frequently are:

What was the name of your debut novel? In what ways has it changed your life?

My debut novel was Falling Down, Rockstar Book 1.This book has changed my life in ways I never imagined. I was content to know that I might sell a hundred or two copies. I just wanted to tell my story, you know? I would have never guessed that within three weeks of its release, it would be #24 on Amazon's Bestseller List! It literally blew up. My life went from quiet to chaos in a manner of weeks. I wasn't prepared at all. I didn't have my website set up. I didn't have an assistant. I didn't plan for that. I had lots of adjusting to do within a short period of time, but it worked out and I am thankful for it every single day.

What were some things you hoped to accomplish with the book "The Way Back To Me"?

I wanted to try to reach those who've been in similar situations as Olivia and let them know that it's okay to grieve and to do it however they need to, but life does go on and they have to as well. Friends and family wouldn't want you to give up because you lost them. They'd want you to carry on. Have you ever known anyone who was in a similar situation to Olivia? I haven't known anyone who's been through this, but I know many have and I hope, if they find The Way Back To Me, they find comfort in the words.

When did you write the first book to The Rockstar Series?

Falling Down was the first book I published (September 2, 2014). I was writing another book when the idea for Falling Down popped in my head and it just needed to be told. So, I sat down and wrote it. I wrote it in three weeks' time and published it two weeks later. Did you originally plan on adding so many books to this series or did it just happen on its own? I'm laughing because no, I definitely did not plan on adding so many books to the series. It just happened as the series progressed. Some of the characters (mainly Jesse and Lucy from Falling Down, Blush, and Lullabye) needed more than one book--as you can see. Xander, a fun-loving character needed more than one book as well. I didn't expect the first A Very Xander Christmas short story to be embraced as it was and the readers keep asking for more. So, each year I try to fit in another AVXC short story to add a little fun to their holiday season. The Rockstar series has an arc/thread that goes on and progresses through each book which I was not expecting at all either.

How do you think your writing process has changed from "Falling Down (Rockstar #1)" to "Xander: Book 1, The Beginning"?

It's so much better. I've learned to just let the characters take me wherever they need to go, even if it is so emotional I cry while writing it--which has happened on more than one occasion.

Why does the Rockstar series mean so much to you?

Because book 1 was my first book published and it was welcomed with tremendous enthusiasm. The readers love this series so much that sometimes it gets overwhelming, but it will never diminish my love of this series. And the characters are all so different... the sense of family... and I'm proud of the fact that I've written a Rockstar series that is different from all the others. Who have been some of the most lovable characters to write? Xander, of course. He's good at hiding his pain behind smiles and jokes. Cage--He's quiet and mysterious. Meggie--Her bouncing enthusiasm makes me smile.

What are the names of your characters in "Unzipped"? In Unzipped we have Zarah and Mitch. What do you think is the most special thing about their connection to each other?

They know one another so well, they can almost anticipate one another's next move or know when to remain silent. True love at its finest.

Where does the inspiration for most of your stories or characters come from?

Honestly, I don't know. They just pop in my head at odd times... mostly when I'm in the shower or lying in bed before I fall asleep. They're just "there".

What are some rookie mistakes you made as a new author and that a lot of other authors make as well? What are some ways one can avoid these mistakes or correct them?

Have a second book ready before you publish your first. This way you're always a book ahead in case something happens and you need to take some time off, you won't miss a deadline. I can't emphasize this enough.
(Few Suggestions)
1. Have your website and social media set up.
2. Find an organizational pattern that works for you, but stick to it. There's more to being a writer than just writing and the administrative duties are just as important. If you fall behind, trust me, playing catch-up is no fun.
3. Set your brand.
4. Research ways to promote your books, from blogs to PR companies. You'll need to decide which direction you want to go.
5. If you have questions, ask someone. There are a lot of great authors out there who, if you get to know them a little, will help you if they can.
6. If you're writing a series, write down all pertinent facts, characters and characteristics of each, etc. to create a series "bible" of sorts. This will come in handy in case your series that was supposed to be five books turns into twenty-plus, trust me.
7. Be sure anyone who works with or for you signs a nondisclosure agreement before sharing any of your private/business files or ideas with them.

Is there an undiscussed darker side to the book industry that not many know about?

There is always a darker side to everything. With the book industry, there are publisher issues--such as those with Amazon (I won't get into those or we'll be here all day). There's author jealousy which sucks, but it's there. There's finding those you can trust. Don't share anything with anyone you wouldn't say to them yourself.