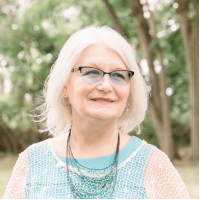 Multi-genre author: Historical and literary fiction (MJ Krause-Chivers), Christian non-fiction (Miranda J. Chivers) and historical fiction.
My new series is based on true events in Ukraine during the Russian civil war (1920's). This series travels with two sisters, Katarina and Anna, from the Mennonite communities in Ukraine during the Russian and Ukrainian civil uprising and the emergence of communism. Book one: Katarina's Dark Shadow. Book two: Katarina's Dark Journey.
Follow me on FB, twitter and LinkedIn and Linktree.

MJ Krause-Chivers has earned excellence awards over time. Here is the glimpse of the accolades clinched by the author. 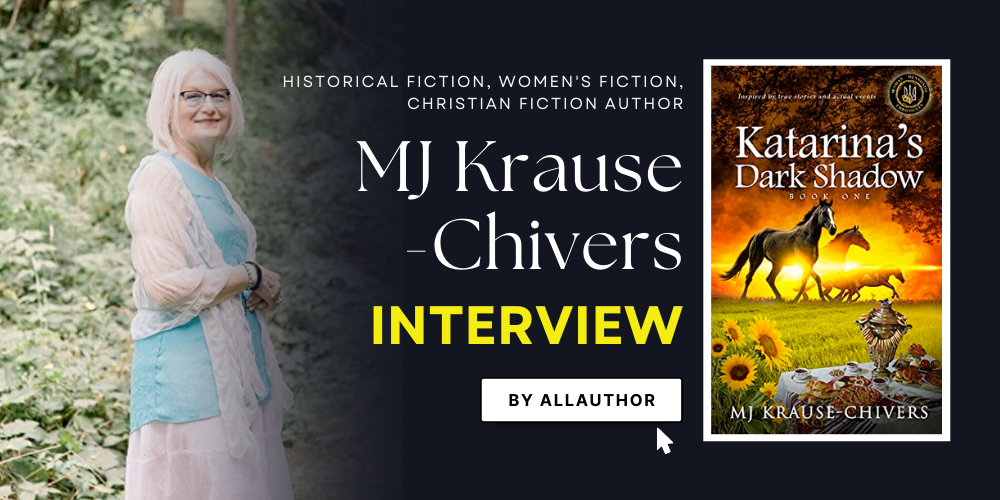 "Award-winning author, MJ Krause-Chivers was born in a border town in sunny Manitoba, Canada. She devoured books from the moment she could read. Her earliest favorites were Christian young adult mysteries. Her kryptonite is her attention deficit disorder. She aspires to uncover and share God's messages of love and redemption to others through the art of publishing."
Where were you born? Since how long have you been living in Niagara, Canada?

I was born in a border town in sunny Manitoba, Canada. I moved to Ontario in 1987. I lived in two other towns before moving to Niagara in 2015. Coincidently, I now reside near where my mom worked in a canning factory in the 1940’s during her teen years. There’s considerable family history in this region.

We didn’t own a television until I was a teenager. It was considered too worldly in our Mennonite home. That is, until my two older brothers talked my Dad into buying one to watch hockey. Without sisters and no playmates living nearby in our rural area, I learned to entertain myself. I devoured books from the moment I could read. My earliest favorites were Christian young adult mysteries. Then, unbeknownst to my mother, my grandmother slipped me her secret stash of Harlequin Romances.That genre captivated me during my teens.

My parents and their siblings have passed away. I have three brothers, two children, and two step-children — all grown up and scattered across Canada. And an extensive network of cousins. I don’t share my writing with my family or ask for their opinions. (That is, except for one cousin who is also a writer). She’s very supportive, but not critical enough. To be honest, I prefer to get objective and honest reviews from anonymous faces.

What do you love the most about writing?

I love the comfort of being in my own space and creating my own worlds. And I love the camaraderie of other writers.

Why did you decide to publish your Christian non-fiction under Miranda J. Chivers?

I started publishing under my married name, never expecting that my first book would become the go-to self-help manual for so many Christians in unequally yoked marriages. Now, with an online FB ministry to this community, I’m clearly known as a Christian NF author.

But I also wanted to write historical fiction and I wanted those readers to connect to my ancestry. My married name didn’t have the right ethnic feel. So I added my birth name. It's common for multi-genre writers to use a pen name to distinguish between genres.

Which was the first actual event your grandparents shared with you about the era in Russia during the Russian Revolution?

I had three grandfathers and three of four grandmothers (not couples — it’s complicated!) who emigrated to Canada as young adults during Russia’s dark chapter. My first husband’s mother was also from this ethnic background but her family fled after WW2. Being more recent and raw, those later sagas were especially vivid and dark. However, all the stories I heard were captivating, regardless of the source.

I remember one tale where my grandfather shed his Red Army uniform and crawled on his belly through the muddy fields to flee the war zone while the bullets zinged overhead. (WW2). Another told of wearing the White uniform during the civil war, being captured by the Reds, then wearing the Red uniform, only to be captured by the Whites again.

Some stories were funny. Others were sad.

The women whispered about being raped and having “female” problems and some had difficulties conceiving children. Their stories focused more on basic survival. I.e. how they ran during the night and hid during the daytime. For food, they stole potatoes from farmers’ fields; sometimes finding only one to share between eight people.

There were so many stories and they’re all muddled in my head.

What inspired the plot of your novel, Katarina's Dark Shadow?

After hearing the gory details of war trauma, KGB arrests, the Russian gulag, and missing and murdered relatives, but not having the mature voice to ask intelligent questions, my young imaginative mind filled in the blank spaces.

When I traveled to Poland and the Ukraine in 2014 (as an older adult), the stories came alive. I put my feet on the ancestral land, touched the gravestones, heard the history from the guides, and visited the villages where my grandparents lived. I wanted to share this truth with the world. But then I thought — who would want to read about the attempted genocide of this tiny German population in Russian Ukraine?

Today, many diaries and personal journals are being published post-mortem by families through the Mennonite Historical Societies and universities. These weren’t available twenty years ago. And the true stories make for gruesome reading.

There are very few fictional novels based on this population and time period. I wanted to create a series that would inspire an interest in my ancestors and their history.

How many books do you plan to write in the "Russian Mennonite Chronicles" series?

I’ve planned five books in this series — if God gives me the strength and eyesight to finish.

My kryptonite is my attention deficit disorder. I’m easily distracted. When there are too many things on my plate, I get confused and my WIP gets set aside. I’m learning to be more scheduled with my time. I now write first thing in the morning before I do anything else.

As for the second part of this question, my writing community never fails to inspire me. I have a tight accountability author group. We encourage each other every day. (We are all on AllAuthor.)

Do you need to know how a novel ends before you begin writing it?

Yes. I always know the ending before I begin. Before I start writing, I draft a skeletal outline one bone at a time. The meat is added while I’m writing. But I maintain a mental picture of the finished product while I’m sculpting.

I need dead silence or the sounds of nature in the background. I like hearing the click of my keyboard. However, if I’m in a particularly emotional scene, I’ll play Bach or the Russian Philharmonic Orchestra.

I prefer watching the movie before I read the book. I like visualizing the scene and the characters as I read. Movies are like the initial stage setting.

What childhood habit can you never get rid of?

Wandering in the forest alone. Exploring new trails and unknown destinations. I love getting lost.

I have too many plans, but not enough life left to get it all done. First I need to finish this series. Right now, I’m working on Book Two: Katarina’s Dark Journey. Book Three is outlined and it will be a dark romance.

When did you join AllAuthor? What has your experience been like?

I joined Allauthor after I wrote my non-fiction book in 2018. I joined mostly for the cover contests. When I published Katarina’s Dark Shadow, I explored all the bonuses with my membership. I discovered that AllAuthor is a comprehensive site that covers many of my author needs. It’s quickly become my go-to author resource. I especially love their easy-peasy twitter feeds and gif tool.

MJ Krause-Chivers is a thinker and a doer. These are the quotes by famous personalities the author resonates with.

Every story has an end, but in life every ending is just a new beginning.
Life 4,043

Some books leave us free and some books make us free.
Ralph Waldo EmersonReading 123

World War I was the most colossal murderous mismanaged butchery that has ever taken place on earth. Any writer who said otherwise lied So the writers either wrote propaganda shut up or fought.
Ernest HemingwayWriters 109

Never think that war, no matter how necessary, nor how justified, is not a crime.
Ernest HemingwayWar 107

Have brimming questions to ask author MJ Krause-Chivers? Ask whatever you like, but keep it appropriate.
** Please note that unanswered questions will not appear on the page. Refrain from posting promotional messages.

The author, a good book and you! Contact MJ Krause-Chivers here.
** Please refrain from spamming and don’t bombard the author with promotional mails/messages. Your IP/Email address may be blocked if found doing so.