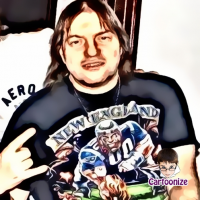 I am a direct descendant of the famous Phineas Taylor Barnum (AKA) P.T. Barnum (The Greatest Showman on Earth). The reaction of people that have heard or read this poetry is “Mind Blowing” to say the least. It is suggested that everyone, everywhere should own a copy of this book from Literary and English educators as well as high school and College students and anyone that loves to read. Some poems make you profoundly think, some make you sad, some make you laugh, and some are faith based. Every poem you read will inspire and feed your imagination and leave you wanting to read more. Buckle up and get ready for a wild adventure coming. I honestly wouldn’t be surprised if just the first poem in the book is turned into a huge Hollywood movie!

Billy J. BARNUM has earned excellence awards over time. Here is the glimpse of the accolades clinched by the author. 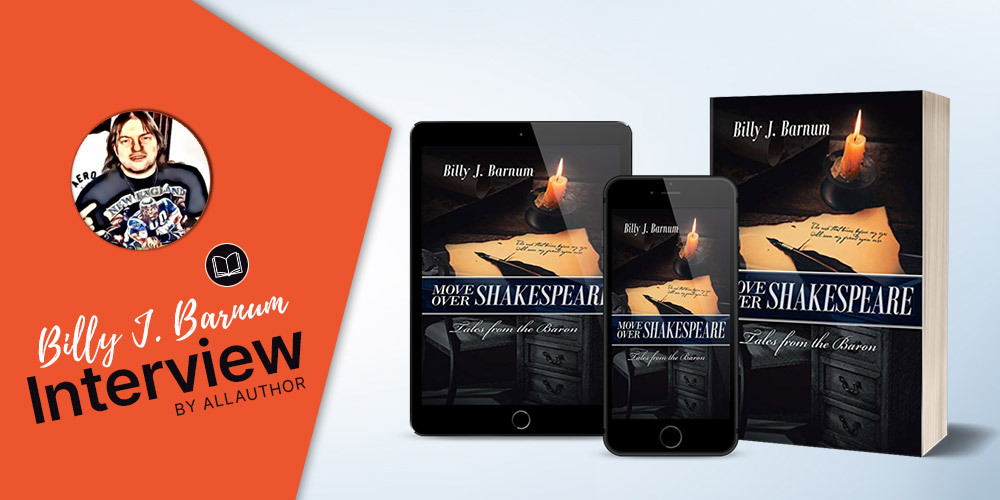 "Billy J. Barnum's dream was to be a rock star and be world-famous. is PT Barnum's Great Grandson. He started writing around 15 to 16 years old. Every poem of his you read will inspire and feed your imagination and leave you wanting to read more."
What were your childhood dreams?

To be a rock star and be world famous

When did you start writing and what do you think attracted you to poetry?

I started writing around 15 to 16 years old, what attracted me to poetry was that I already wrote songs which is kind of a form of poetry and words just came to me and I was able to write songs and poems easily.

What motivated you to go on to focus on a career in writing?

So many people that I would recite poems to had a stunned reaction and couldn't believe I wrote what I was reciting they swore it was Shakespeare or some other famous writer and always told me "man, you have to do something with that!" (as in publish it) so I finally did.

Me being on stage in front of thousands of people singing and the crown going wild!

How challenging was it to publish your first poetry?

The long editing and waiting periods made it feel like it would take 10 years to do but, in reality it was about 8 to 9 months.

Which is your favorite poem in “Move Over Shakespeare”?

"The Unforgotten Tale, Black Rose" hands down as many people have compared it to the iconic poem "Footprints in the sand"

What structural or stylistic techniques did you use while writing your book, “Move Over Shakespeare”?

Write down what came to me, read it back when I was done, maybe change a word or two and make sure it all flows and that's it.

What is your take on the importance of a good cover and title? Who designed the cover of your first book?

The artists at Page Publishing did the artwork based on my detailed instructions of what I wanted. The title has to leave a question of curiosity that makes you want to get a copy, open it up and dive right in. Curiosity is a wonderment of life.

How do you get started on a new poem? Is it a conscious effort or something you find yourself doing without plan or premeditation?

Words fill my head and I have to hurry to write them down before they are lost forever. I may write something similar someday but, it will never have the impact of what flooded my mind at that moment as I have no clue who or where the words are coming from.

If you had a choice between two superpowers, being invisible or flying, which would you choose? Why?

I would choose being invisible because I can see things that nobody knows someone actually can.

How was your experience at the book signing event held at Ansonia Public Library?

It was good being in an old location with thousand upon thousands of books new and old. Knowing my book is in that same exact library now with literary greats as I donated a signed copy to them.

I think it's good because people can download a book at a moments notice and start reading and carry thousands of digital books on one device. I also think though that more people prefer to hold a tangible asset in their hands and put a bookmark between the pages. The novelty of print books will be much bigger than digital books in the future.

When the editor kept trying to change the word "worst" in one of my poem title and I kept changing it back. It was done purposely and it helps keep the meaning and intent of the poem. Also one guy wrote a review and put "be careful of obtrusive rhyming" My poems are that way for a reason because it's my style. I know thousands of people that feel the same way as me they say "If it doesn't rhyme then it's not a poem!" He needs to have an open mind as every poet has their own form and expression and not every poem is for every person.

I wrote a non-published poem that I made up in 5 minutes in a Reader's Digest poetry contest to be published in the magazine. Soon to start working on book #2.

I love the Mock up banners and other tools that are offered. Also it's a good way to connect with other authors and readers alike.

Have brimming questions to ask author Billy J. BARNUM? Ask the author whatever you like, but keep in the appropriate zone.
** Please note, unanswered questions will not appear on the page and refrain from posting promotional messages.

The author, a good book and you. Contact Billy J. BARNUM here.
** No Spamming: Spam is an irritant to regular users or the authors. Please note that bombarding promotional mails/messages is strictly prohibited. Your IP address may be blocked if found doing so.