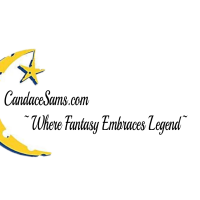 Candace Sams has earned excellence awards over time. Here is the glimpse of the accolades clinched by the author. 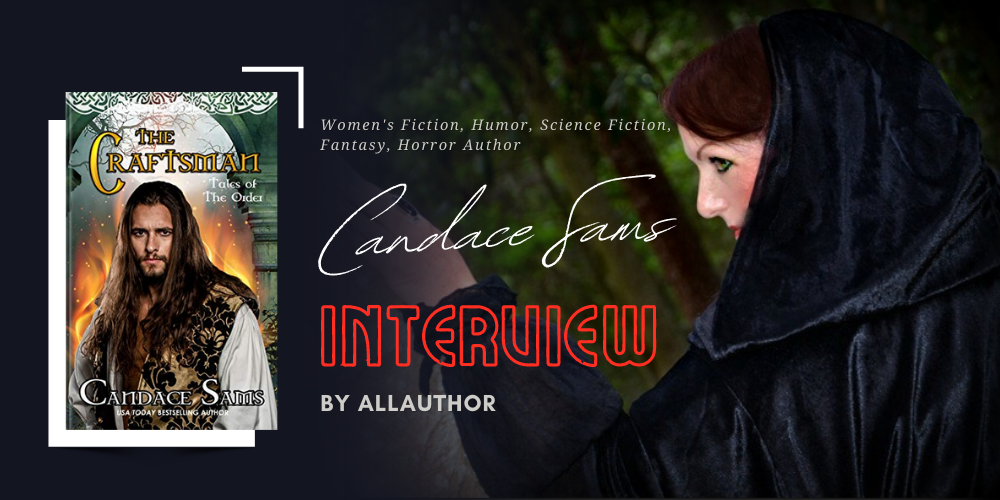 "Bestselling author Candace Sams wanted to either be a scientist or some kind of archaeologist. She is an avid animal welfare believer. She has an office with every imaginable motivator nearby, on shelves and in cubby holes. She also collects rocks, Halloween paraphernalia, and is a Master Gardener. Hailing from Texas, Candace loves country life. She and her husband live in a rural area of the US."
What is a childhood memory that makes you smile?

I loved playing with my cousins on our family farm back in Texas. No such thing as internet. No electronic devices. Just us, our imaginations, and the farm animals!

Since you’ve worked so many different jobs, we are curious to know, what was your original career aspiration?

I wanted to either be a scientist or some kind of archaeologist. Anything where I could travel to new places and discover stuff. I've always wanted to be the first person to do or discover 'something'!

You hold several international martial arts titles. When did you decide to get into that field?

At one time, I had a very dangerous job and decided that I hadn't received the kind of training I needed to at least 'try' to keep myself safe. Martial arts was a way to learn better defensive skills. Later, it was more a way to stay healthy.

When was the first time you wrote? What did you write?

I wrote a very bad story some decades ago. I changed it, rewrote, and played around with it. The book was eventually called, 'Gryphon's Quest'. I wrote it because I love shapeshifters but the only stories on bookstore shelves consisted of werewolves and vampires. Don't get me wrong...there's absolutely nothing wrong with those. I write them, too. But I wanted to do something 'different'.'Gryphon's Quest' is a fantasy/adventure story about how magical creatures hide and survive in our world. It is the first of the published series called 'Tales of The Order'. This story was eventually vetted for movie options. Nightwatchers was also vetted for movie options but the agent required me to write the script, too. Sadly, I didn't have the money or time to do so. It takes years to learn how to write scripts well...I needed to make money to pay bills asap. I couldn't stop what I was doing in the publishing world, on the very limited and far-flung chance for a movie 'option' that would, in all likelihood, never pan out. If the 'agent' had been serious about the story, he'd have had someone who could put it into script format. Very often, movie options are a way of taking a work 'off' the market so that it can't compete with another similar story about to be vetted/promoted. Movie options have been contracted for as little as a few hundred dollars. Movie options are 'not' always what they're cracked up to be. That, among so many other things, is something new writers need to be aware of.

Did you plan all the books in The Nightwatchers series in advance?

No. I don't really plan anything. I write by the seat of my pants and just hope for the best. The characters tell me what they want to do. I'm just along for the ride!

Who inspired the character of Gawain O’Malley in "The Craftsman: Tales of The Order"?

I don't really know. I think he's an amalgamation of several different people in my life. But no one in particular.

You explore various genres through your writing. Do you agree that a writer should not tie himself down to one particular genre? Why?

I was once told by someone that a 'good writer should be able to write anything'. (As I've discussed, I won't do porn, so I guess I won't ever be a 'good' writer). But I think it might be easier on an author if they can write in many genres these days. There are too many books being sold...billions of authors are uploading works online everyday and there's no way for the public to tell them apart. Many authors are purposely putting their books in inappropriate categories so as to rig vendor ranking systems. Indeed, there's a whole lot of 'rigging' and 'scamming' going on everywhere. This situation makes it harder for authors playing by the rules - as well as making it harder for the readers who want to find authors that 'won't' scam. It does makes sense that, if you can write a lot of different things and do it well, you'll have a better chance of selling. That, of course, is just my opinion.

What are some clichés in paranormal romance novels that one must avoid?

I have seen bad stuff sell. Good stuff not sell. Bad editing sell. Great editing not sell. I don't know that there are any rules concerning anything anymore. Decades ago, all the publishers and their agents had specific rules. Then, when ebooks came along, all those rules flew out every window. In many ways, this was a good thing. Sometimes, rules are meant to be broken and some of the very best writers break the heck out of 'em! I say...write what you like. Write the way you want to write it. If you don't write what you like, it's gonna show up in your work. But please don't write formulaic! Predictability, to me, is laziness. That being said, I've seen a lot of lazy authors make it big.

What is the most crucial component when writing a thriller?

Make everyone a suspect/villain until the last pages of the book.

I have an office with every imaginable motivator nearby, on shelves and in cubby holes. I have books on every conceivable paranormal subject. It's a controlled kind of chaos. There 'is' order, but only I would make sense of it all.

With over 90 published novels, what is the biggest challenge of writing a novel?

Sadly...it's selling what I've written. These days, you have to have money to make it in this business. If you take out an ad, someone else will take out a bigger one. And you have to keep writing. More and more, faster and faster...shorter and shorter stories. Unless you've been a well-known author for years, writing mega-length novels might not work anymore. Even the larger publishers I'm with are cutting word count. So, you have to be able to write the same quality, but in much shorter length.

Apart from martial arts and writing, what are the other things that you are passionate about?

I am an avid animal welfare believer. I try to do what I can to help in this regard. I also collect rocks, Halloween paraphernalia, and am a Master Gardener.

I have multiple projects that I'm working on. Some may turn into series books if I can sell the first story. That, more than anything, determines whether I'll write a series. Covers, editing...all that costs money. If a first novel isn't selling, I see no point in writing a series. I 'have' tried that, but it has never worked for me. In short, the first book 'must' sell or there won't be more in a series.

Lastly, what are your thoughts and opinions on AllAuthor and its services?

All Author is a great place to get quality exposure for the advertising dollar. The site is easy to use and has always been professionally managed. The services help keep my work in front of readers; readers I'd be unable to reach by any other means.

Have brimming questions to ask author Candace Sams? Ask the author whatever you like, but keep in the appropriate zone.
** Please note, unanswered questions will not appear on the page and refrain from posting promotional messages.

The author, a good book and you! Contact Candace Sams here.
** Please refrain from spamming and don't bombard the author with promotional mails/messages. Your IP/Email address may be blocked if found doing so.