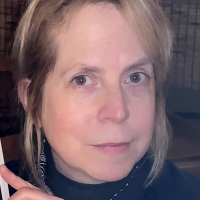 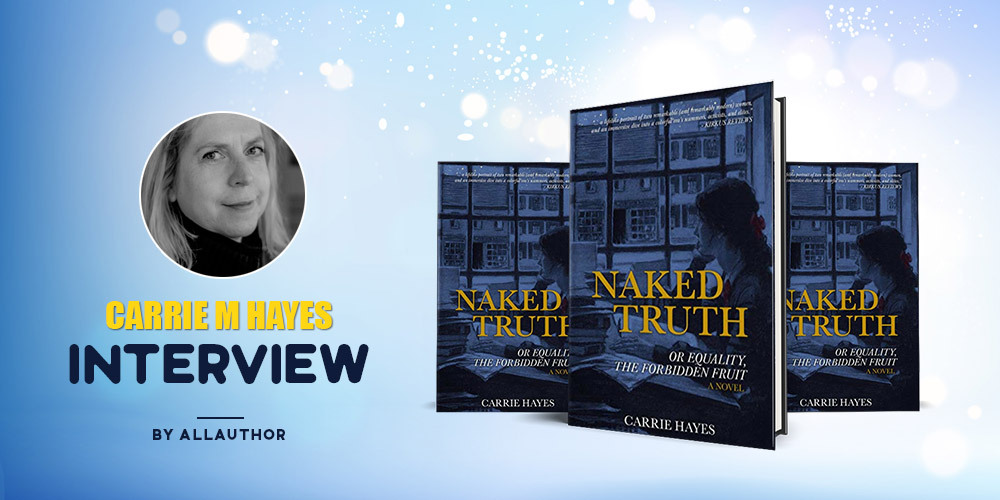 "Carrie Hayes was born in New York City. As a child, she wanted to be an actress. Her debut novel, Naked Truth is an inspiring book about wild and courageous women. Carrie Hayes is good at writing credible dialogue that fits well with the citations from contemporary documents. Her writing is riveting from beginning to end."
Where were you born?

I was born in New York City

As a child, what did you want to become when you grow up?

I wanted to be an actress

About six years ago after having tried literally every other thing you can do on earth.... (around the time I turned 50!)

My family is an extended one. 4 kids, all grown and then my husband and brother. They are evenly divided into two camps: either very supportive or completely disinterested. It pretty much goes right down the middle.

The first cataclysmic solo reading experience was a book about a blind boy who is an orphan during the time of Pompeii. I think it was Louis Untermyer's Dog of Pompeii. The dog gets the boy to a boat to be rescued, but the dog doesn't make it. I sobbed so much I was ill for a couple days.

How did you begin writing the book, Naked Truth: Or Equality, The Forbidden Fruit: A Novel?

I stumbled across a biography about the sisters who are my protagonists and I consequently fell in love with them.

Words are tricky- there's just too many of them. Also the discipline to really focus in on my work, quickly and efficiently.

Do you ever think about what would have happened to the characters after the book ends?

I have! And I am writing a sequel about that very thing.

What challenges did you face to set your story, Naked Truth in the year 1868?

Originally, I had the novel start around 1852. But the route to get to the heart of the story became so circuitous, that by the end of the day, it was 1868 which became the best jumping off point.

Your thoughts on conventional vs. self-publishing? What route did you choose and why?

I spent a good 2 years being rejected or ignored by agents in the business- it may have been because I have no credentials. It may also have been because the novel was not 'sell-able' or well enough written to have any commercial potential. But I just kept working on it and asked myself what Victoria Woodhull (the more famous sister from my book) would have done, so I self published it. The learning curve, however, is incredibly steep. It's not an easy business. No, sir!

Who inspired the character of VICTORIA WOODHULL in "Naked Truth"?

My mother. She was like Victoria in that she was very charismatic, very poised and had no problem with creating whatever 'truth' she found necessary to achieve the means to an end.

Do you like audiobooks, physical books, or e-books better? Why?

I like physical books best. There's no buttons or cables to sort through and the voices of the characters can be played in anyway that I want inside my mind.

Apparently there are only a few. Boy meets girl, boy loses girl and then something, I don't know what, happens!

Remain optimistic and believe in yourself. Reading as broadly and with as much discernment as possible. This will feed your imagination as well as help your writing chops.

It's been terrific. The mock banner ads and the accessability of the site is just great. Thanks, AllAuthor!

Have brimming questions to ask author Carrie M Hayes? Ask the author whatever you like, but keep in the appropriate zone.
** Please note, unanswered questions will not appear on the page and refrain from posting promotional messages.

The author, a good book and you. Contact Carrie M Hayes here.
** No Spamming: Spam is an irritant to regular users or the authors. Please note that bombarding promotional mails/messages is strictly prohibited. Your IP address may be blocked if found doing so.