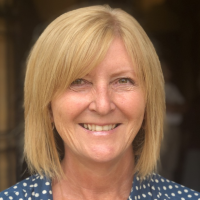 An avid bookworm since childhood, Cass Grafton writes the sort of stories she loves to read – heart-warming, character driven and strong on location. Having moved around extensively and lived in three countries, she finds places inspiring and the setting of her novels often becomes as much a part of the story as her characters.

She leans heavily towards the upbeat and insists on a happy ever after. As one of her favourite authors, Jane Austen, once wrote, ‘let other pens dwell on guilt and misery’.

Cass Grafton has earned excellence awards over time. Here is the glimpse of the accolades clinched by the author. 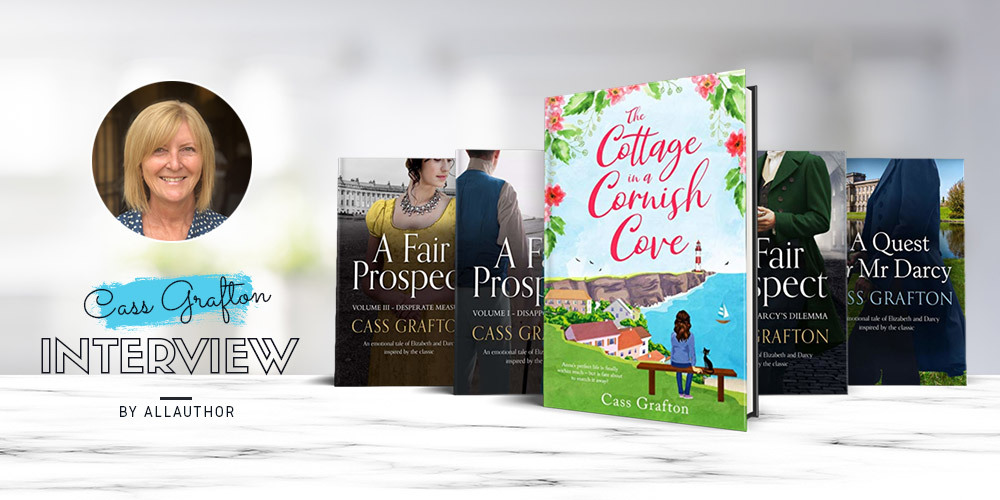 "Cass Grafton started scribbling stories from a young age. Her all-time favourite author is Jane Austen. Her writing draws you immediately into a heart-warming tale you'll not easily forget. In every book, Cass Grafton grabs you from Chapter One and takes you on a fabulous trip. She loves travelling, words, cats and wine, and enjoys them in any combination."
What were your childhood dreams?

Beyond wishing I was a pretty, fairy tale princess, drifting around in long, floating dresses, the earliest one I remember was to be a writer. I started scribbling stories from a young age. They usually involved one of my dolls (who would be entirely real, of course), but none of the stories ever reached a conclusion.

Being an avid bookworm since childhood, who is your favorite author?

My all-time favourite is Jane Austen, but I’ve many authors whose works I love, including Daphne du Maurier, Marian Keyes, the Brontës, Jane Green, Elizabeth Gaskell, JRR Tolkien and JK Rowling, to name but a few.

When I wrote my first story (A Fair Prospect, which was inspired by Austen’s Pride & Prejudice), I was writing it mainly for myself, sharing it chapter by chapter with a small online community. I had no intentions of publishing it back then.

When I did make the decision to publish, about three years later, I realised I would never write again without thinking about how a wider audience would receive it, as I’d no longer be writing purely for my own amusement. I now had a duty to get it right for the reader.

Why did you choose the romance genre? Which is your favorite romance sub-genre?

There was never any question in my mind, really. I’m a romantic at heart, but my reading tastes have also coloured my writing.

Up until now, I would have said historical romance was my favourite sub-genre, but I had so much fun writing The Cottage in a Cornish Cove—an uplifting modern-day romance, published in 2020—that contemporary romance might be coming up the charts!

What was the best money you ever spent as a writer?

Using a professional editor, without question.

I co-write time travel romances with Ada Bright, published through Canelo Escape, and they make very few editorial changes to our work, which is reassuring. When I went on to write The Cottage in a Cornish Cove, however—my first self published novel in a while—I was in a position to invest in my writing, so I used a professional editor. It was the best decision I ever made.

I intend to keep working with the same editor for as long as she’ll have me (Christina Boyd at The Quill Ink).

Stop procrastinating and get on with it!

How did you begin writing the Polkerran Village Tale series?

It started many years ago (seriously, so many years ago we were wearing shoulder pads and the mobile phone and Internet didn’t exist!) as an idea, but as with all my early writing, never got beyond half a dozen chapters.

Then, last year I decided now was the time to get it done. I’ve always had a love affair with Cornwall and dreamed of one day moving there to live. As I’ve grown older, I’ve realised it’s never going to happen, so I decided to do the next best thing: write a series and live there through my characters instead!

I created a village and a community of people—and I’ve loved working with them—and even managed to incorporate some parts of the original story idea which came to me all those years ago.

How many unpublished and half-finished books do you have?

Completed unpublished books, none, other than a novella once posted online (but see below about one coming in the Autumn).

As for half-finished, too many to mention, including the second in the Polkerran Village Tales series and a women’s fiction novel which is only ten chapters so far. Ada Bright and I have also sketched out the third and final novel in our time travel romance series, but we’ve yet to do any major work on it.

How did Jane Austen’s Pride & Prejudice inspire you to write "A Fair Prospect"?

I’d been reading online fan fiction featuring Austen’s characters for years and discovered I really enjoyed stories that got inside Mr Darcy’s head and explored his feelings.

The first proposal in Pride & Prejudice came as a huge shock to me (never mind Elizabeth Bennet) when I read the book in school, so it seemed the perfect place to start, by exploring Darcy and Elizabeth’s reactions to it and each other.

I published it online in serial form over several years, having no idea it would turn into such a massive project. It was finally published in 2013 (in three volumes because of its size).

If you could time travel, which period would you like to visit?

I have! Well, vicariously through writing at least.

In our first time travel romance, Ada and I bring Jane Austen to the present day, but in the sequel, the characters go back with her to the early nineteenth century. It involved a lot of research, but we had so much fun having twenty-first century characters dealing with life in 1813 in a rural village!

Much as I’d love to ‘see’ the world back then, I’d only enjoy it if I knew I had a safe passage back to the present day as soon as I needed it!

What are you currently working on? When can we expect the release of your next book?

I’m currently working on a crossover between Austen’s Pride & Prejudice and Persuasion with Ada Bright, which should be out in the autumn.

Then, it will be back to Polkerran for more fun with the locals, and I can’t wait to visit them again.

I read a blog post by a successful self-published author and she mentioned AllAuthor as a great place to get quality graphics for promotional purposes. I looked it up online and signed up immediately!

I love the site, mainly because I’m not very technical and it’s incredibly easy to use. It’s also constantly updating what it offers, which is refreshing.

Have brimming questions to ask author Cass Grafton? Ask the author whatever you like, but keep in the appropriate zone.
** Please note, unanswered questions will not appear on the page and refrain from posting promotional messages.

The author, a good book and you. Contact Cass Grafton here.
** No Spamming: Spam is an irritant to regular users or the authors. Please note that bombarding promotional mails/messages is strictly prohibited. Your IP address may be blocked if found doing so.