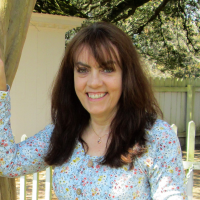 I am the author of the historical romance Wellington Cross Series, the paranormal romance Angel Series, and the new historical romance Wellington Patriot Series. I have been self-publishing my books since December 2012. My book, Sunrise Kisses, was a finalist in the 2018 Golden Quill Award Contest sponsored by Golden Box Books Publishing. I grew up in East Tennessee and moved to Virginia Beach, Virginia, after marrying my high-school sweetheart. We have one son. I enjoy gardening, walking, traveling, reading, taking pictures, and spending time with my family and friends. I am a member of the Romance Writers of America's (RWA) Published Authors Network (PAN).

Cheryl R. Lane has earned excellence awards over time. Here is the glimpse of the accolades clinched by the author. 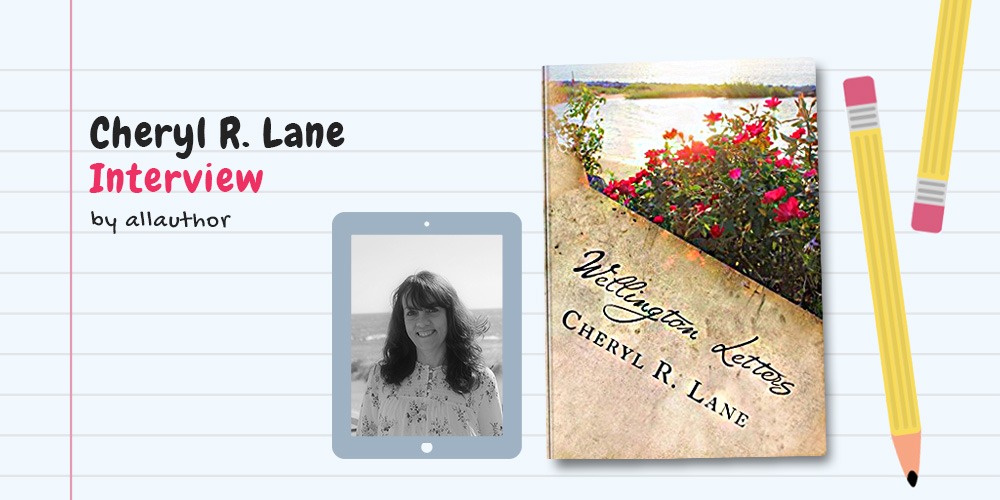 "If you are reading a series written by Cheryl R. Lane, and you notice that almost every one of the books has a picnic in them, it is because Lane grew up in East Tennessee, where her family took her on a lot of picnics by the lake, as well as a lot of hiking trips to the woods. Lane is a self-published author who wrote her first book, a historical romance called Wellington Cross, in 2012. She can never decide whether she likes writing paranormal romance, or historical romance more, so she usually just favors the genre she's currently working on! But she is a romantic by heart and she usually writes her novels by typing out ideas as notes on her phone and then revisiting them later to figure out how to fit them into the story. She is currently working on a trilogy, involving the early Wellingtons, who come over from England and Ireland to America in the 1700's."
What was your childhood like? How has being raised in Tennessee influenced your writing?

I had a happy childhood in a good, Christian home. I have three older brothers and my mom was a stay-at-home mom while my dad worked. I have always enjoyed being around family. Living in East Tennessee was great! When I was young, our family used to go to the lake and have picnics a lot, and I would go hiking in the woods with my dad and brothers. I live in Virginia Beach now, and I miss the mountains! I often write about picnics now; I think I have one in every book of mine!

You also work as a medical transcriptionist. What does this job entail?

I used to work as a medical transcriptionist (for 30 years!) but now work as a legal transcriptionist. It has been a challenging transition, but I enjoy the variety of cases that I get to type, including court hearings, trials, depositions, and grand jury testimonies. I have added an attorney to my latest work-in-progress, so that has influenced my writing.

What inspired to finally write and publish your first book Wellington Cross in 2012?

I first started writing Wellington Cross when I was in my twenties, and it has been rewritten several times. I tried the traditional publishing route and failed, so I put it away for many years while raising our son. When he was a teenager, I looked at what I had written and again rewrote it, tried to publish it, failed again, and finally followed the advice of a high-school friend and looked into self-publishing through Amazon. I have not regretted that decision.

Why did you decide to self-publish instead of publishing through traditional means?

That goes along with question number three. Basically because I couldn't get anyone to publish it. I sent out letters to probably 100 literary agents, trying to find someone to publish for me. Self-publishing can be challenging when it comes to putting the book together myself and also the marketing aspect, but I love the freedom to write what I what, when I want. I get to see it come to life before my eyes, including making the book covers.

What are the biggest challenges that a self-published author faces?

One of the biggest challenge I think a self-published author faces is the competition and marketing. You really have to be diligent about advertising yourself and your books to the social media in order to get noticed, and sometimes that can be expensive. It's a lot of work, not counting the actual writing.

That's a tough question. I always love the book I'm currently involved with, whether it be historical or paranormal. I love both of my series. I love the Wellington family that I have created in the historical romance series, and I also love my modern-day beach-loving people of my paranormal series, who become involved with angels. I am currently writing a book that will be a crossover book, so to speak. A character from the historical series will show up in the paranormal series. I don't want to say more so as not to spoil it for anyone who reads my books. I am also planning a new series in the near future with some of the early Wellingtons, a 1700s series where the first Wellingtons move to America from England and Ireland.

Have you ever considered writing books in any other genre?

I will always want to write about romance; I'm a true romantic at heart. I have added a bit of mystery into my books, as well, some more than others, so I have thought about doing just mysteries in the future. I've always enjoyed reading Agatha Christie, Nancy Drew, and Sherlock Holmes.

Why did you decide to set the Wellington Cross series in the times of war?

Wellington Cross actually begins in 1867, two years after the Civil War ended, but I do have flashbacks to the war. I also write a lot about war in my 6th Wellington Cross book, Wellington Letters. I think wartime is an interesting time in history where it involves separation of couples in love and also involves danger, suspense, and sometimes fatalities. I think that makes a good setting for a book. I enjoy seeing how my characters might react in certain terrifying or abnormal situations, such as during wartime.

What is the Angel series about? What is a guardian angel in your opinion?

My Angel series involves both guardian angel as well as an angel of death who become involved in my humans' lives. It starts out with a teenage girl whose mother died when she was young, and she has become a sort of rebel, getting into things she shouldn't. Her guardian angel appears as a human and helps her, and ends up falling in love with her and she with him. In my stories, I also have an angel of death who visits those that are going to die soon. He helps prepare them, sort of like in the movie, Meet Joe Black. To me, a guardian angel is just that - an angelic being that helps guard their human in life, and in my stories, they hang out with each other when their humans sleep, and they have to reprimand their humans from time to time to help them see the error of their ways. They also possess certain abilities, even the products of humans and angels, what I call half-angels. They might have longevity or the ability to fly, for example.

Both the series that you have written have been nominated for different awards this year. Congratulations! Does this kind of recognition have any impact on you as a writer?

Thanks! It is, of course, an honor. I especially didn't expect to be a finalist in the Golden Quill Awards. The panel of judges includes other authors, teachers, and avid readers, so it's thrilling that they see my books as something that's worth reading, by people who obviously read a lot. It helps me to continue writing more books!

Walk us through your creative process. How does an idea in your head become a physical novel?

Whenever I get any idea, big or small, I write it down - or type it out usually. I use an app called Evernote, and I have notes for each chapter in all of my books. When i get an idea, I type it out and then figure out where to put it later. I try to picture myself in the time period or situations, and think about conversations my characters would have. Being a romance writer, my books will always have a happy ending, a HEA (happily ever after), feel-good ending, and usually that involves two characters getting married. Walking is the best way for me to get ideas on my next chapter. I just walk, listen to some music, and think, what do my characters need to do next? And when the ideas come, I type them out to look at later.

It must be challenging to come up with titles to so many books in the same series. How do you come up with the names of your books?

The Wellington series was fairly easy, as they all have Wellington in their title. The Angel series titles have been more challenging. The first two titles rhymed, and I liked the way they sounded together. The third angel book, my work-in-progress, will be totally different, but as I said in a previous question, it's a crossover book, so I'm allowing it to be different. The title was a real challenge to me, and my good friend, also an author, helped me with that title (Whispers From the Past). It seemed to fit my story the best.

Do you have a secret to success?

No, I don't have a secret to success. If I did, I wouldn't be doing transcription, ha ha! I just keep on writing what I would like to read about myself, and hope that I find others out there that also want to read what I write. I do it for my own enjoyment.

As I stated in another question, I already have notes for a series, probably a trilogy, for the early Wellingtons who come over from England and Ireland (and maybe Scotland) to America in the 1700s. The main character will be sort of a bad boy and he leaves his family in England and ends up in America fighting against his own people in the Revolutionary War. At one point, he will come face-to-face with his brother during a battle. Living close to Williamsburg, I have always wanted to write stories from the colonial 1700 time period.

Have brimming questions to ask author Cheryl R. Lane? Ask whatever you like, but keep it appropriate.
** Please note that unanswered questions will not appear on the page. Refrain from posting promotional messages.

The author, a good book and you! Contact Cheryl R. Lane here.
** Please refrain from spamming and don’t bombard the author with promotional mails/messages. Your IP/Email address may be blocked if found doing so.