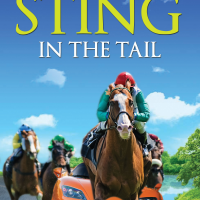 What can I say I am what I am? Sometimes opinionated but also a very good listener with compromise, a contradiction in tems. We are all individuals, I love reading and of course writing and gain great pleasure in formulating remedies that can help the well being of animals. A friend once described me as the man that doesn;t fit in. 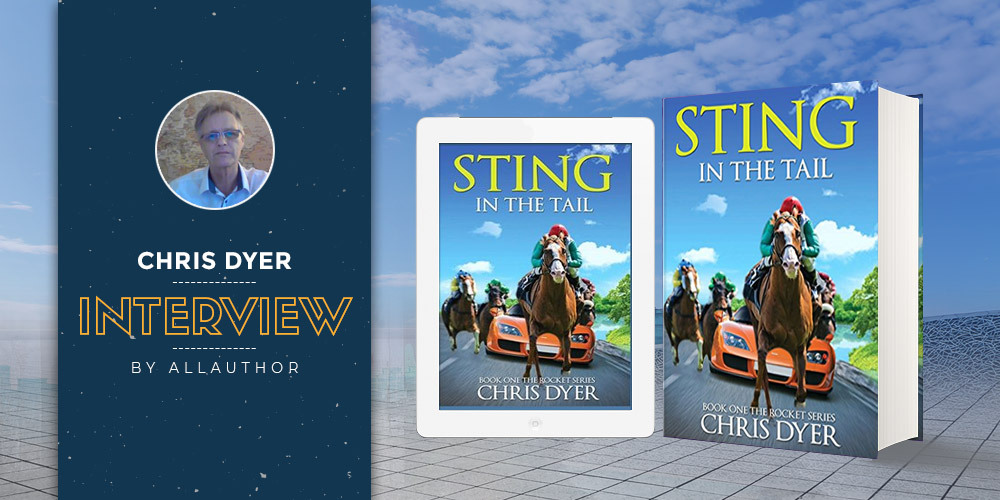 "Author Chris Dyer grew up in a town called Dorchester. His fondest memories are of helping out on the local farm and the local cattle market, listening to the old boy’s stories. Storm Brewing took him about a month as he had written it in his head first. For Chris, standalone books are much easier to write as with a series you have to remember what the characters did or were going to do. A friend once described him as the man that doesn't fit in. He loves reading and of course writing and gain great pleasure in formulating remedies that can help the well being of animals.
"Write what you feel and from the heart", says the author."

What is the name of your hometown and what was the street where you grew up called? What is one of your fondest childhood memories?

I grew up in a town called Dorchester. It was a lovely town fairly close to the coast, so we would get on the train and go to the sea quite often. I think my fondest memories are of helping out on the local farm and the local cattle market, listening to the old boy’s stories.

Why does one of your friends describes you as "the man that doesn't fit in?"

Mmm, difficult, maybe because I dislike authority and beaurocracy. I am a contradiction in terms to a degree I suppose… I am a social person but am also a loner.

How was your experience of training Arabian racehorses and pre-training thoroughbreds? Did you expect Plants, Potions & Oils for Horses to become your first piece of work to be published?

I loved it. We had some decent success but circumstances in life change and so it was no longer possible to continue. I was very lucky as a friend of mine Anne Holland is an author and asked me to write down a couple of pages about my knowledge. I didn’t realise she was going to put it up to her publisher and the next thing I receive a phone call saying they would like me to write a book. So it was really a very lucky break. I was also thrilled and surprised when the book won the Equus Film Festival Winnie Award.

Having written 11 books, what do think are the elements of good writing?

What inspire The Rocket Series? How long did it take you to write "Storm Brewing"? What about the other books in the series?

Storm Brewing took me about a month as I had written it in my head first. Once I start to write I become totally focussed and will literally stay up night after night until I finish the book. The other books I did enjoy writing a great deal as it gave me an opportunity to voice my opinions and hopefully to make people think. Sadly they do not sell well and yet they received very good reviews by several book sites.

What idea spawned the book, Something Completely Insane? What challenges did you face to write even more poems and ramblings?

I lived in Africa for several years and saw how hard pressed the Kenya Wildlife Service is… I help a guy I became friends with set up a wildlife park. People are aware of the poaching of Rhino and Elephant but seldom see the scenes as shown on the cover of the book or the habitat destruction. It struck me as so insane that we are not more aware that I thought I would put something on paper. Yes the book does cover some topics such as poaching and the insanity that seems to be prevalent in this day and age but it also contains a wide variety of subjects some serious some light hearted.

Who inspired the character of Marvin in "The Beginning: Book One of the Sapphire Staff?"

It was a young man, sadly passed on that used to come to my yard. He just appeared one day and asked if he could help with the animals. It turned out there was a tragic story behind him. he saw his mother being murdered which he never understandably got over. He was a brilliant musician and would suddenly sit down with his guitar and start playing. He basically lived on the street and although I tried, he would not move into any accommodation. He committed suicide and I thought what a waste of a brilliant talent and so thought that I could use his unawareness of his talent in a character.

I really enjoyed writing the Rocket series and have in truth started a final book for the series. Standalone books are much easier to write as with a series you have to remember what the characters did or were going to do.

What are some hard lessons you've learnt about the book industry as an author? Is there a dark side to this industry that not many people discuss?

For me the dark side is the industries remit of no agent no publisher, no publisher no agent. It is a difficult industry and personally I think it misses bucket loads of talent by keeping virtually closed doors… then complains about the self - publishing industry. The self -publishing industry is a minefield. There are so many companies (many of them involved with the mainstream publishers that have no intention of doing anything other than taking money from unsuspecting writers. I had a call for instance from Tate publishing telling me my fantasy book was brilliant and they would love to publish it could they send me a contract. I was ecstatic as you can imagine… until I received the contract which in small print at the end said I would have to pay them 1000’s. I still get emails every day from loads of publishers telling me they want my books but in truth they only want money. So writers really need to beware.

What sort of research was involved while writing "Something Completely Different?" When researching for a book, do you prefer to talk to people or read books or articles for research? Or a combination of both?

I do a bit of everything, I look at world affairs, look around me at people, nature just try to be observant then use that when I write.

If you could describe your journey as a writer in 5 words, what would they be?

A total lack of salary.

Out of all the books you've written, which scene/phrase/character are you most proud of? Have you ever written a scene you loved but had to cut out because it didn't fit the flow of the story?

Difficult choice but I think it would have to be when Nat was ill and Mike almost fell to pieces. I have a book called The Hit that has never been published it is very hard hitting and graphic as I wanted a reaction. I haven’t but there are scenes in it that I would hate to cut because they make the reader hate one of the characters which I wanted but in truth many of his “scenes” would have to be cut I think. it is a book that you would have to grit your teeth and read to the end to understand why the scenes are there… but then it will more than likely not see the light of day.

What do you enjoy writing more - stories or poems? When can we expect your next book?

I do enjoy both, but stories would be my greater pleasure. In truth I am not sure if there will be another book. It is hard when you put so much of yourself in something then cannot or do not have the financial strength to market and get your book into the public eye as the big publishers can. As much as I love writing it doesn’t pay my supermarket bills.

What are your top five writing and marketing tips that you would like to share with the new writers?

Write what you feel and from the heart. Except constructive criticism and act on it. Ignore those that tell you it is no good because they are not capable of writing themselves. My advice on marketing would be do not listen to me… ask someone that has marketing sense. Never give up and don’t expect to become rich.

AllAuthor is a very good platform to have your work, the only thing I can see that would benefit authors is to maybe have a couple of writing competitions… even try to involve the public in judging? It may bring in more views perhaps and I find that a lot of the judges in competitions seem to favour pomposity in writing whereas the public simply want a good read whatever it may be.

Have brimming questions to ask author Chris Dyer? Ask the author whatever you like, but keep in the appropriate zone.
** Please note, unanswered questions will not appear on the page and refrain from posting promotional messages.

The author, a good book and you. Contact Chris Dyer here.
** No Spamming: Spam is an irritant to regular users or the authors. Please note that bombarding promotional mails/messages is strictly prohibited. Your IP address may be blocked if found doing so.