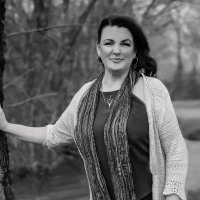 I'm a sassy Libra who has a serious book obsession. After years of dreaming of being an author, I finally did it. I left my job as a nurse and started to devote all my time to writing in my favorite genre, romance. And I chose to write a series called the Dublin Falls Archangel's Warriors MC. My books are filled with steamy love scenes, suspense, danger, and at times vigilante justice. 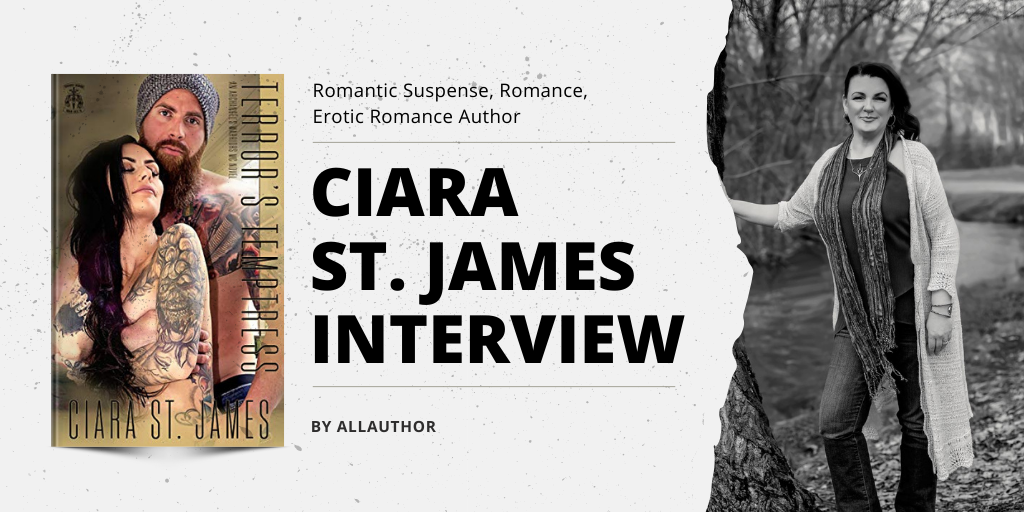 "Ciara St. James is the author of contemporary suspense motorcycle club series called the Dublin Falls Archangel's Warriors MC. She is a bookaholic who has been reading since I was six years old. Her stories have all the feels and everything else you can imagine. Her biggest dream would be to have others read and receive joy from her books."
What was that one moment in your life when you realized that you wanted to write?

I don’t think there was one moment. I’ve been a reader since I was six years old. It was my escape and sanity more times than I can count in my life. I had a thought about 15 years ago that I would love to one day write a book. In particular a romance one. But life and demands of raising a family and having to work a very demanding management job in healthcare made that stay on the back burner. Also, the thought, “could I actually write something and if I did, would anyone want to read it” held me back. Then last year I got the opportunity to quit my job and I decided there wasn’t a better time to try. It had been something that kept growing in me over the years and it was getting more insistent. Also, my husband told me it was time to get off my “butt” and try it. I had no excuses now.

What is the best thing about living in Tennessee?

The green! It so lush and the green is so beautiful here. We do get a lot of rain at certain times of the year, but the pay off is all this lushness. However, after living 20 years in California whichwas always in drought, I’ll take the rain.

What encouraged you to leave your job as a nurse and start to devote all your time to writing?

My husband and I had a change in our finances which for the first time, allowed me not to have to work. He encouraged me to do it. He’s always supported me no matter what I did in my career.

Do you remember the first book you read in the favorite genre, romance?

Not the title, but it was a Harlequin romance. Lord did I read tons of those growing up. Then I found more and more publishers and authors over the years. And dare I say more explicit ones. Not all the romances I read are dark or as sexually charged as most. For a really long-time I read tons of historical romances. Jane Austen Georgette Heyer come to mind from my youth.

How did you begin writing the Dublin Falls Archangel's Warriors MC series?

I read MC romances when they first came out and there weren’t a lot of authors writing them. I found I kept looking for more and more of them. And the desire to see things in them that I found in some or in some cases didn’t find. Christine Feehan is my favorite paranormal romance author. The progression in her books on the sex side was an influence too. I love romance and love, but sex is also important. We read to escape. Why not with a big, hunky biker with tats, facial scruff and muscles topped by leather. Yum! Some ask if it was Sons of Anarchy that influenced me. The answer is no. I never even watched it until after I’d written the first 6 or so books in the series. Though I have since corrected that oversight!

What inspires you to write books filled with steamy love scenes, suspense, danger, and at times vigilante justice?

Everything. A picture, a snippet on the news, what I read in other books, lyrics to songs, signs and sometimes I have no idea. I like my books to have elements of danger and suspense in my personal reading preferences. As for vigilante justice, I’m law abiding person, but I can see when people could be pushed to take things into their own hands. I play off those instances and the what if part.

Who inspired the character of Brielle in your book, "Ranger's Enchantress"?

No one person did. Not even someone I know personally. She came from thoughts on what dark things happen to a person and how can they overcome them. There is a lot of sexual abuse in the world. You find it in different degrees in my series. I don’t write about it to shock. I write about it to show how beautiful it is when someone can get past it enough to still live a great life.

Which books did you read while one winter you stayed in your room for two weeks straight reading not realizing it had snowed for days?

LOL... I see you read one of my confessions. Oh lord, I thought about whether I should post that or not. Keep in mind, my one joy growing up was to go every 2 weeks to the local library. I’d be there for an hour or more and pick out 20+ books (my reading for the next 2 weeks). Well, it so happened to be Christmas break and I had no school. I literally stayed in my room reading so much, I got up one day and saw it had snowed. When I remarked on when did that happen, my family laughed and told me “days ago.” That is how lost I can get in that world.

As for books I read. It could have been any number of Harlequins, a book on self-defense, a classic like Shakespeare or The Iliad by Homer. I read so much and was very eclectic. Much more so than I am today.

That question sounds much more sexual than it is! I often seem to get thoughts on book ideas when I shower. I think It’s the relaxation aspect of hot water. As for being profoundly emotional, it’s those were I’ve thought of darkly intense instances of the heroine being in an abusive place at one time or the other. Raped by a stranger or even someone she knows (like her husband), victim of a stalker and the fear that has togo along with that, human trafficking is a big one for me. The number of instances in our country and the world is insane. And it’s not really talked about. It initially came up in book 5: Ranger’s Enchantress for me. But you’ll find it does continue to appear at times with others in my books to come. Not the exact same situation, but its there. Not sure why I tend to think up trauma catalysts in the shower though.

My kryptonite, would be one of two things. Getting caught up in promoting my own books so much, I’m too tired to write for the day (I’ve recently changed to doing my writing before allowing myself to do the other things). Or my two dogs giving me those eyes to get off the computer and cuddle with them. I have two pugs, Kujo and Khaos. Those fur babies get to me more than I think my human kids ever did. (LOL my kids say I love the fur babies more than them. I ask them if is that a question? I’m a terrible mother, aren’t I?) What inspires me is the joy I get when I get someone telling me how much the loved one of my books or can’t wait for the next one. Or how I made them feel like they were part of my Archangel’s Warriors family.

Of all the books you've written, which one was the hardest to write and why?

Wow, that’s hard. I have written many more than the now six out. The hardest from the standpoint of taking the longest because the characters went silent on me, is Hawk’s Huntress Book 11 in the Dublin Falls series. It won’t come out until next year. It was trying to figure out how to incorporate a cop into the Warrior family. Hardest from an emotional standpoint and a particular scene was in book 5: Ranger’s Enchantress where Brielle is attacked and they don’t know if she will live. And Ranger is partially to blame and he knows it. Writing about his emotions makes me still tear up when I read that part.

What is one common lie or misconception about the romance genre that you wish people would stop believing?

So far it hasn’t been an issue. Maybe as more books come out, and I get more feedback, it will. I’m still relatively new to this whole author thing. But I’m also a very centered person. I wouldn’t write something I didn’t have a degree of feeling and interest in. But I’m not too proud to take feedback.

I just finished a reader magnet to come out in about a month (before Christmas) called Viking’s Venus. For those who read the books, in book 3: Steel & Hammer’s Hellcat, you were introduced to Viking and Trish. They were a secondary couple who didn’t get their own story. However, over that book and the subsequent ones, you got flashes of them and how they progressed to a happily ever after. This is one of those which takes place after they are married and have had their first child. It centers around Viking wanting to show Trish (Venus) what she means to him at Christmas. I’m going to be offering it as freebie to my readers who sign up for my mailing list. He decides to do his version of the Twelve Days of Christmas. It goes form sweet, to sexy to steamy. With a few bumps along the way.

Have brimming questions to ask author Ciara St. James? Ask the author whatever you like, but keep in the appropriate zone.
** Please note, unanswered questions will not appear on the page and refrain from posting promotional messages.

The author, a good book and you. Contact Ciara St. James here.
** No Spamming: Spam is an irritant to regular users or the authors. Please note that bombarding promotional mails/messages is strictly prohibited. Your IP address may be blocked if found doing so.