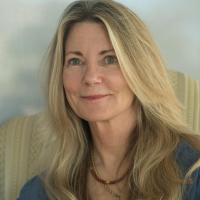 Claire Fullerton lives in Southern California. She is the author of Mourning Dove, a Southern family saga set in 1970's Memphis. Mourning Dove is the recipient of the Literary Classics, Words on Wings Award for Book of the Year, the silver medal for regional fiction by the Independent Publishers Book Awards, the Bronze Medal in Southern Fiction by Readers' Favorite, First in Category in the Somerset Awards by Chanticleer Reviews, the Selah Award in Women's Contemporary Fiction, the International Book Award 2020 winner in Literary Fiction, and Top Shelf Magazine's First in Place for the category coming of age. Claire is the author of A Portal in Time and Dancing to an Irish Reel, which is set on the western coast of Ireland. Her novel, Little Tea, a story about female friendships and healing the past is set in the Deep South. Little Tea released in May 2020. Little Tea is the August Book selection of The Pulpwood Queens book club, a finalist in the Chanticleer Review Somerset Awards and listed as a finalist in the Faulkner Society's competition. She is represented by Julie Gwinn of the Seymour Literary Agency.

Claire Fullerton has earned excellence awards over time. Here is the glimpse of the accolades clinched by the author. 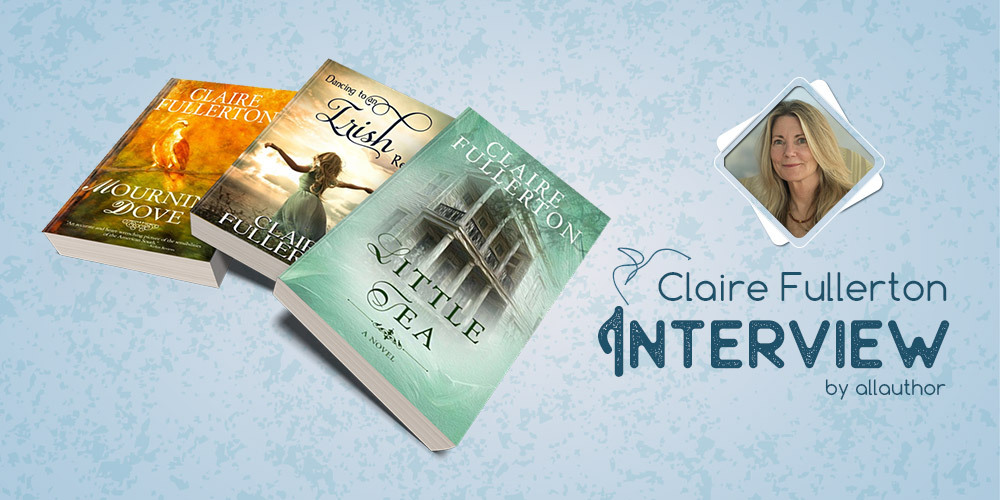 "Claire Fullerton's descriptive ability in writing makes her distinctive and masterful. She develops situations and characters as if she has you hidden under the nearest table. Her authentic observations and detailing make her books a delight to read. Claire has a wonderful way with words and her description of each character leaves you rooting for them throughout the book."
Where were you born, and how long have you lived in Southern, California?

I tell anyone who asks that I am from Memphis, but I was actually born in Wayzata, Minnesota, which is the lake area outside of Minneapolis. I’ve lived in Denver, Colorado, Connemara and Galway, Ireland, and I’ve lived in Malibu, California for the past 20 years.

Why did you set Mourning Dove in 1970’s Memphis?

The setting of Mourning Dove is integral to the story of two siblings moving to the South as outsiders. Memphis in the 1970’s was smaller than it is now, and back then it was an insular culture complete with specific, social mores. It seemed everybody knew everyone, and there were remnants of the old South in play. Most of this was due to a tacit way of life very set in its ways. I wanted to tell a story based on the cultural impact of a setting where all that glitters is not gold, and 1970’s Memphis was the perfect setting.

Did you expect Mourning Dove to win the Literary Classics, Words on Wings Award for Book of the Year?

Not at all, but I did hope it would place as a finalist. Entering any literary contest is taking a chance, and because Mourning Dove concerns Millie and Finley’s coming-of-age as outsiders to the South and then moves on in time, I thought it would fit into the contest’s Young Adult category, so I entered it there. When Mourning Dove won the Words of Wings Award, I was thrilled.

Who inspired the character of Hailey Crossan in Dancing to an Irish Reel?

I did! When I lived on the west coast of Ireland, I kept a daily journal in which I wrote everything down—whom I met and came to know, my impressions of the Irish culture and the gorgeous, rural setting. I was a stranger in a strange land. When I moved back to America, I looked at that journal and knew I had a story. I wanted to write about Ireland as I saw it, without all the quaint, romanticized elements that tourists see when they’re only passing through. I think the Irish culture is well worth writing about. It’s different than America because Irish culture is an old culture with its own language, and those who live in the west are extremely tied to the land.

What are some of the themes and ideas you explore in your book, Little Tea?

The nuances of long-lasting friendship, as in those you form at a very age that remain throughout grade school, high school, marriage, and beyond wherein you know of a friend’s entire history and they know yours. There’s an understanding that comes of this with its own way of relating and sense of humor. These friendships are like insider’s clubs and are very supportive and sustaining. Also, in Little Tea, I explored the cultural attitudes between the races. Little Tea is the nickname of a character, whose real name is Thelonia. Little Tea is Black and the narrator, Celia Wakefield, is Caucasian. The two grow up together on the same family land in Como, Mississippi. What happens from Celia and Little Tea’s childhood friendship is telling of the times in the Deep South, which is to say the 1980’s. They are best friends but there are repercussions from their friendship that affect a wider sphere. As the story evolves, the reader comes to understand how much times have changed. What was once unacceptable is now acceptable.

What challenges do you face writing women’s fiction?

Little Tea is the first book I’ve written that is decidedly women’s fiction, due to the emotional journey of the narrator, Celia Wakefield and her close friendships with her childhood friends, Renny and Ava. Each woman has a particular personality she brings to the weekend the three friends share at Greer’s Ferry Lake in Heber Springs, Arkansas. Ava’s marriage is on the rocks and she is uncertain of how to handle it, so she confides in her childhood friends. The challenge for me was to accurately depict the way women speak when together. In Little Tea, the three friends all have a different opinion of how Ava should handle her frayed marriage. Each has her own frame of reference that contributes to their opinion, and each cares deeply about Ava’s dilemma. Writing conversational dialogue is an opportunity to depict the individual characters so that the reader understands who the characters are. A writer must be painstakingly consistent. I wanted to give the reader the opportunity to form their own opinion of what Ava should do in Little Tea, as well as how to interpret what happened between Celia and Little Tea in the past. Little Tea is about women’s friendships and how to handle heartache years down the road. It asks the question of how to accept the past and embrace the changed times.

What are some of the things you learned from your favorite authors?

I’ve learned that no subject is off limits and to write fearlessly and deeply. In reading other’s work, I’ve learned about seamless craft. How a story is framed is a deal breaker.

How has your experience been with your All Author association?

Very satisfying! The book graphics All Author creates are fabulous, and I’ve enjoyed this interview.

Claire Fullerton is a thinker and a doer. These are the quotes by famous personalities the author resonates with.

Only from the heart Can you touch the sky.
RumiLove 341

When you do things from your soul, you feel a river of joy within you.
RumiJoy 248

Life is divided into three terms - that which was, which is, and which will be. Let us learn from the past to profit by the present, and from the present to live better in the future.
William WordsworthLife 176

Come forth into the light of things, let nature be your teacher.
William WordsworthNature 101

I wanted to become the seeker, the aroused and passionate explorer, and it was better to go at it knowing nothing at all, always choosing the unmarked bottle, always choosing your own unproven method, armed with nothing but faith and a belief in astonishment.
Pat ConroyInspirational 63

Have brimming questions to ask author Claire Fullerton? Ask whatever you like, but keep it appropriate.
** Please note that unanswered questions will not appear on the page. Refrain from posting promotional messages.

The author, a good book and you! Contact Claire Fullerton here.
** Please refrain from spamming and don’t bombard the author with promotional mails/messages. Your IP/Email address may be blocked if found doing so.