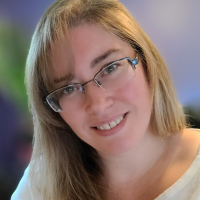 Romance author who believes in second chances and happily ever after.

Mom of two wonderful kids and wife to the man of my dreams, we live on a homestead in Maine, complete with chickens and ducks. 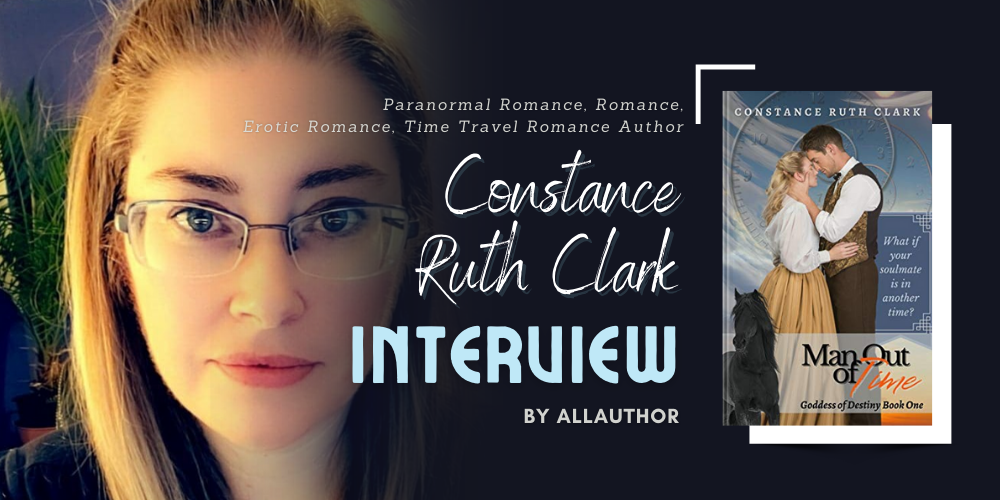 "Constance Ruth Clark is an experienced book author with a demonstrated history of working in the publishing industry. She always had an enormous imagination and loved telling stories, even before she could write. Her love for reading romance novels began at an early age which grew into her passion for writing some of her own."
Where were you born, and what was your childhood like?

I was born on the coast of Maine and grew up near Portland. I loved going to the beach in the summer and climbing the rocks. I enjoyed that more than swimming in the salty ocean water or laying on the sand in the sun.

What developed your love for writing?

I’ve always had an enormous imagination and loved telling stories, even before I could write. In middle school I discovered I had a knack for telling stories and used to entertain my friends at slumber parties with elaborate fantasies about them and their crushes. I fell in love with romance when I discovered that Good Housekeeping magazine had abbreviated books they printed in the magazine and I used to read as many as I could get my hands on. I fell in love with reading romance novels and started writing notebooks full of fantastic stories, usually involving my friends and a famous celebrity. Later the stories turned into more realistic tales of love.

I don’t quite remember who the first person might have been. Possibly my mother? But I attended a strict boarding academy in high school and novels were all but forbidden. It didn’t take long for the other girls in my dorm to discover I had written about ten books, handwritten in notebooks, and someone was always borrowing them. They must have been pretty good because they were constantly asking me if I had more or if I’d written another one.

Oh gosh. Well, in 1995 I was working as a costumed living history interpreter and started writing a book about a man who goes back to the past. It took fifteen years before I finished it. I knew I wanted to publish, but it always just seemed like a fantasy. I had no idea how to make it happen. A friend suggested Romance Writers of America, so I joined and started attending meetings and conferences. That’s where I discovered pitching my book to editors and agents. I pitched to five total I think before I was picked up by Lyrical Press. At the time it was a new publisher who dealt exclusively in eBooks, which was almost a novelty. They were later purchased by Kensington House to expand their ePublishing department and my books were included with the merger. That’s when I got to see my book in print for the first time! I published two books through them.

Just before Covid hit, I decided that I’d like to try writing/publishing full time. At first I thought I’d just send my books to my publisher. Then I realized that the royalties were significantly lower that way, and I wasn’t well known enough to request an advance. So I decided to self publish and reclaimed my rights on the books that were out there. I’ve since published two new books in the Wild Romance series, with another due to release this summer. I’ve also re-released my first book by a new name and reworking the second. I have plans for over twenty books, some of which will be fantasy and sci-fi as well as expanding the two series I currently have. It’s exciting!

How was the Wild Romance Series started?

The idea was to write a small town romance series where the characters were all inter connected and possibly knew each other. That way readers would feel like each book was like running into an old friend. There are six books plotted with more potentially coming.

Is it important that an author has other friends that are writers as well? Do you have any?

It’s very important to connect with people who understand what you’re trying to do. Writing can be a very lonely job at times because you are creating worlds and characters in your head. It is important to have a partner who understands that you need time alone to do this successfully and friends who support your decision to write.

Having other author friends is important because we can encourage each other. I have several friends in the writing community that I am thankful to have met.

Who inspired the character of Doug Coleman in "Man Out of Time"?

That’s kind of a funny story because when I first started writing that book, back in 1995, my favorite show on TV was Lois & Clark. Doug Coleman is based on Dean Cain. I even made their initials match!

Who inspired the character of Kristina in "Wild Country"?

There wasn’t a certain person in mind when I started writing about Kristina. I had a general idea of who she was, but like all my characters, she just nudged me and said she had a story. Its kind of a different twist on Cinderella in some ways.

What makes you believe in second chances and happily ever after?

For a long time I didn’t, but then I met my husband. He fell instantly in love with me while I was a bit more reserved. But our story is proof that love stories are everywhere and do exist! My husband and I have both been married before to people who did not appreciate us or understand us to the level we connect with each other. He solidified my belief in soulmates because he is mine.

What are the challenges of writing a time travel story?

The biggest challenge is making sure that it is historically accurate. I had a slight advantage in some ways since I worked and volunteered as a living history interpreter at the Norlands Living History Center for several years. It allowed me to immerse myself into the past, in probably the most realistic way one can without actually going there!

What is the best hashtag to encourage book pre-orders?

What advice would you give yourself if you could time travel back to when you were writing your first book?

To join Romance Writers of America WAY sooner! I would have been published a lot earlier and realized my dreams of being an established author. Instead I let fear and doubt about my writing stop me.

Is it possible that someone has already invented time travel, figured how dangerous it was, and destroyed their time machine?

Ooooooo what a fun question! I’ve often wondered about that very thing, especially when you read all the different time travel books. It's obviously a popular concept and has always been one of my favorites. While I’d be sceptical about such a machine being real, I wouldn’t completely dismiss it.

There are several in the works, but the most pressing are Wild Heart, which is the conclusion of Peter and Kristina’s story from WIld Country. It’s due to be released later in the summer of 2021.

I’m also working on Book Two in the Goddess of Destiny series called, Man on a Mission. This book challenges Agatha, the Goddess, because she first becomes aware that her soulmate matches are being sabotaged by Cupid, the God of Love. He thinks she should leave love to him but he prefers using his love arrows instead of making sure the couples are actually compatible. It makes for some very mismatched couples that now Agatha must help fix. In Man on a Mission we meet Jayne and Nick who Agatha had brought together while they were still in highschool and considered them a ‘closed case’. Then it’s brought to her attention that they are not together anymore and when she finds out that they were deliberately torn apart by Cupids arrows, she must bring them back together, while keeping Jayne from falling into the hands of the serial killer Nick is hunting. It’s not a time travel, more of a romantic suspense with a paranormal twist.

Surprising! I didn’t expect all the cool features and have found it really helpful in assisting me with marketing and finding new readers. Its been really enjoyable all around.

Constance Ruth Clark is a thinker and a doer. These are the quotes by famous personalities the author resonates with.

Every story has an end, but in life every ending is just a new beginning.
Life 4,195

Kindness is a gift everyone can afford to give...
Best Life 890

A positive attitude can really make dreams come true - it did for me.
David Baileydreams 846

sometimes tears are a sign of unspoken happiness :) and a smile is sign of silent pain.
Smile 635

Have brimming questions to ask author Constance Ruth Clark? Ask whatever you like, but keep it appropriate.
** Please note that unanswered questions will not appear on the page. Refrain from posting promotional messages.

The author, a good book and you! Contact Constance Ruth Clark here.
** Please refrain from spamming and don’t bombard the author with promotional mails/messages. Your IP/Email address may be blocked if found doing so.