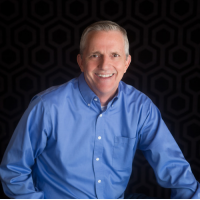 David Johnson has developed a reputation as a writer of "books with heart." His books feature strong, unforgettable characters from humble backgrounds who have to grapple with the unexpected turns of everyday life.
He is the author of the riveting "Tucker" series, one of the best-selling series on Amazon. The series has collected over 5,000 reviews, averaging 4.7 stars.
David maintains a very busy life outside of writing. He's a full-time Marriage and Family Therapist, is Director of a community chorus (soon to celebrate its 20th year!) that performs all across the Southeast, performing 15 shows a year. He maintains a blog: www.thefrontwindow.wordpress.com . He's been married for 44 years, has two daughters and six grandchildren. 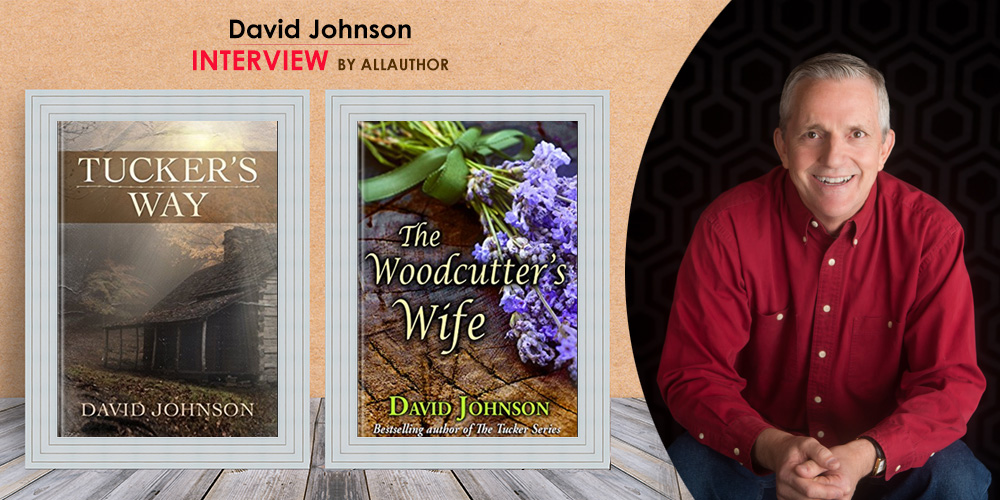 "With a preacher for a father, author David Johnson moved around a lot as a child from Michigan to Alabama then to Tennessee. After writing a brief autobiography in the eleventh grade called “I the Nomad”, David was set on the writing path. David’s first work of fiction was Tucker’s Way. He self-published the first four books in the series and was later signed to Amazon Publishing due to its success. David hopes his stories will encourage people to keep trying, not to give up, to believe that they can overcome any kind of situation. Besides being an author, David is currently a Marriage and Family Therapist as well as the director of an auditioned community chorus that tours in the United States."
A lot of your characters have humble backgrounds, but what about yours? Where did you grow up and what was your childhood like?

My father was a preacher, so we moved around a lot. The first four years of my life were in Detroit, Michigan. From there we moved to Gadsden, Alabama, then to Burlington, North Carolina, to Fort Payne, Alabama, back to Gadsden, then to Dresden, Tennessee when I was a sophomore in high school and where I graduated high school. Moving around so much taught me that when you lose a friend, you let go and move on, not that that’s the best way for a person to be, but that’s how I dealt with it.

I would say my family was probably lower middle class. We had all we needed but not what we wanted. My mother made all our clothes. My father, whose father was a sharecropper during the Depression, believed in hard work and expected us to do the same. All my siblings and I had to work in the summers. My first job was at the age of fourteen when I worked forty hours a week patching roads.

I grew up in an era and place that you could go hiking in the woods or riding your bike by yourself for hours at a time and never be in fear of something bad happening to you.

My childhood was filled with family gatherings where we were entertained by the amazing storytellers in the family.

When did you first start showing an interest in writing? What was the first thing you ever wrote and do you think it was any good?

I think the first essay that I wrote that gave me an inkling that I could be good at it was a brief autobiography in the eleventh grade. The title of mine won a contest. The title? “I the Nomad.”

After having finished writing your first book, did you get it published right away or did you have some inhibitions? What are some important lessons about the book industry that you learned the hard way while publishing your first book?

My first work of fiction (when I was in my late 50’s), Tucker’s Way, started out as a long short story that I wrote on my blog, publishing a chapter a week. It was really just a lark. But my readers’ response was so strongly positive that I began to think that maybe I could be good at it. So, I fleshed that story out and turned it into a book.

When I decided it was ready to be published I learned that sending the manuscript to publishing houses was a thing of the past. You had to have an agent to pitch it for you. To get an agent you had to send out query letters in an effort to attract one. And so I did – for a year. No one was interested. (Instead of calling them “rejection letters,” I told myself, “They are turning down an opportunity to partner with me.” Although it didn’t change the outcome, it made it sound a little better.)

That was when I began learning about self-publishing. I spent several months doing research and ended up self-publishing the first four books in the Tucker series. They did so well that it attracted the attention of Amazon Publishing who contacted me and asked me to sign a contract with them, which I did.

What does being an author mean to you? In what way do you think an author can use their power and influence to inflict change?

I want my stories to encourage people to keep trying, not to give up, to believe that they can overcome any kind of situation. I also hope that my stories will make people more sympathetic to those who are struggling.

Coming back to yourself, what is the best money you've ever spent on yourself as an author?

I gave myself permission to buy a MacBook Pro!

Do you write everyday? How often do you try and write in a week?

I do try to write something every day, no matter how small. I believe you become a good writer by writing, not by thinking about writing.

What did you enjoy most about writing "The Woodcutter's Wife"? Which character do you think you had the most fun bringing to life?

I’d never written a piece of historical fiction because I was afraid of getting lost doing research and spend years doing it. However, I was able to rein myself in when I started research the era surrounding the Civil War and was able to enjoy doing it.

John, the runaway slave, was by far my favorite character. Ironically, he was not part of my original rough draft. He just sort of “showed up” when I started writing the book (which is not an uncommon experience for me).

Have you or anyone of your friends ever lost a child or another loved one the way Mary did? How do you hope your book will help any reader out there coping with loss?

In my work as a Marriage and Family Therapist I have worked with many people who have lost a child. It is the greatest wound a parent will ever experience.

Perhaps those who have lost and child and read The Woodcutter’s Wife will be inspired to keep trying to move forward and not succumb to the lostness and hopelessness.

What sparked the idea behind The Tucker Book Series? Is there any symbolism in naming your female lead 'Tucker', which is generally assumed to be a male name?

The Tucker series began with an assignment I was given when I was taking an online writing course. It involved creating a description of a character that would be memorable. After creating Tucker I began asking myself why someone would look the way she did, and thus was born “Tucker’s Way.”

What are some parts of yourself that you see embodied in Tucker? How would you describe her if you were talking about her to someone that's never met her?

I can be very plain spoken just like Tucker. And I’m fiercely protective of my family.

Tucker is very prickly and hard to get to know, but if you take the time to do so, you will love her and never forget her.

Is "Who Will Hear Me When I Cry" the final book in The Tucker Series? Would you say you were more sad or relieved when you finished writing this book? What has writing this series taught you?

Fans of the Tucker series are constantly clamoring for another book, and I have always responded by saying it’s better to leave people wanting more than having people wishing you’d stopped earlier. But recently I thought of a title for another Tucker book, “Still Tucker’s Way.” So who knows? Perhaps I will write another.

Writing a series is much harder for me than writing a stand-alone book because you have to accurately remember every detail of every character and plot line all the way back to the very first book. Otherwise, readers will be very upset.

Have you ever gotten a chance to meet and talk with other authors in the same or different genre? If so, what did these interactions teach you?

I have only met other authors via the internet and online groups.

It has been quite encouraging to learn that we all suffer the same fears, frustrations, disappointments, doubts, successes, and excitement.

If you weren't an author, do you think you could be as successful in any other profession? What would you say is the secret to your success?

Writing is my hobby. My current profession is a Marriage and Family Therapist. Also, for the past twenty years I’ve been the director of an auditioned community chorus that tours in the United States.

The secret to my success? That begs another question: how does one measure success? Is it number of sales of books? The amount of money you make? The number of 5-star reviews? If those are the measuring sticks then I have been successful. But that is now how I measure success. Did I write a book that touched someone’s life and helped them overcome a difficult time in their life – THAT is how I measure success. And the secret to that is that God has blessed me with a gift. It is he who deserves the credit.