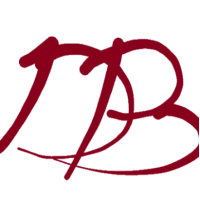 Just another self-published author on the West Coast creating new worlds and sharing things I love. I'm also an artist and blogger who writes about traveling, food, gardening, DIY, and just about anything else which delights me. 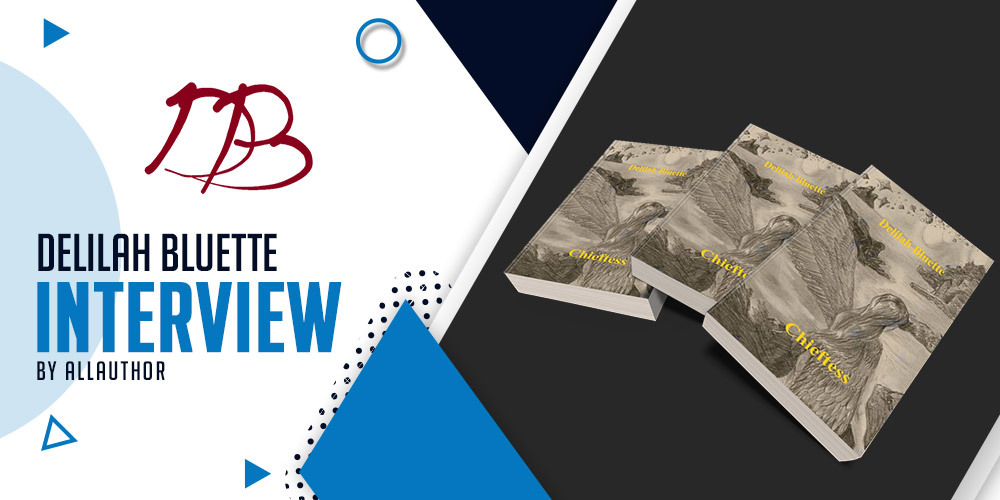 "A self-published author, Delilah Bluette brings the story to life with a vivid world of imagination. Mpst of her writing is done from emotion. Her biggest challenge with self-publishing is marketing. She mostly spends time with her son reading books, listening to audio books and playing computer games. A blogger and an artist, she loves to write about traveling, food, gardening, DIY."
Do you remember the first short story or the first poem you wrote? Did any of your friends or cousins read it?

My first short story was read by my dad to my siblings. I think it might have been about our pets or cartoon characters on TV, but I was really young. As far as I know, none of my cousins have read any of my writing since I published under a pseudonym and only my parents, siblings, husband, and two other individuals are supposed to know who the person behind the pseudonym is.

What challenges did you face on the road of self-publishing your books?

Looking back on it, my biggest challenge with self-publishing is marketing. With the companies out there today to help publish and format e-books and print books, self- publishing isn’t difficult. Though it can be expensive depending on what company you choose. My biggest fear was that I wouldn’t get it done in time. A few years back I had been (erroneously) told by my doctors, that I didn’t have long to live because of a medical condition I was diagnosed with, and I feared at the time that I wouldn’t live long enough to publish traditionally. That diagnosis was the deciding factor behind my self-publishing opposed to traditional publishing.

What was your main source of inspiration for End of Imperium?

End of Imperium was written and completed over a decade before it was published. It tells the story of the end of a series I have yet to complete and that I have been working on for over 30 years. End of Imperium was originally intended to be the first few chapters of a book in the Gods of Necromancy Series titled Oracle of the Dead, which tells the story of Haka and Marcus’ new life on the Planet Olympus after they wake from stasis.

What is your favorite character from "Maker of Fate" series? Who was the most challenging to write?

Currently my favorite character from Maker of Fate is Serriff. In future books he is the one who grows the most into his maturity and learns to accept who he is and what he is and isn’t responsible for.

The most difficult character to write was Leilana. In my original series draft, she is hundreds of years old at the opening of the series and has been ruling the Priestess Isles as High Priestess for centuries. She was cruel, cold, calculating, and didn’t like the Mages at all. But like I stated at the end of Chieftess, she played such an integral part of the world history that I felt her story needed to be addressed. Unfortunately, my writing of her origin story changed that world history and Maker of Fate is undergoing a serious re-writing at the moment.

How do you ensure that your stories, characters and dialogue feel real to the reader?

Honestly, I don’t know if my stories, characters, and dialogues feel real to the reader. I haven’t received a whole lot of reviews at this time, though the ones I have are positive. Most of my writing is done from emotion. How would I feel if…? Then I write that. Some of it, mostly the villains, comes from my psychology education background as well as from what I have seen in a few people I have known.

Is science fiction the only genre your readers will get to read from you? Which other genres are you looking to explore?

Nope. I’ve got some paranormal fantasy coming up as part of my intermittent blog series “30 Steps to Writing a Fiction Novel in 30 Days”. I’ve been adding about one new post to that series per month and when it posts it is always on a Thursday which is the day I post my writing-related blog posts.

Why did you decide to make "End of Imperium" Book 0 in the "Maker of Fate" series?

As I stated earlier, End of Imperium was supposed to be the first couple of chapters in a different book titled Oracle of the Dead which is Book 11 in the Gods of Necromancy series. Unfortunately, Book 1 of the Gods of Necromancy series, Divinity hasn’t been published yet. It will be soon, but I didn’t want to wait very long to get the background story out for the character who is the Oracle of the Dead, since she and The Magi, will feature more in the Maker of Fate series.

Who inspired the character of Leilana in "Chieftess"?

Leilana was actually inspired partly by Aphrodite (the Greek Goddess of love if she were evil). She doesn’t/didn’t start out as evil, and I’m not sure how far I intend to take her villainess now that I’ve rewritten her. The idea for the Children of Desire, which is where Leilana gets her magic powers from, was inspired by a few incidents in my own life. On more than one occasion I have been romantically pursued by guys who were in relationships already (something which I did not encourage), and one young woman when she found out her partner had been pursuing me, literally accused me of being a witch and using my “powers” to seduce her guy away from her. I had no idea what she was talking about because I had rebuffed his advances. Thus, the magical seductive powers of the Children of Desire and the Priestess Isles were born.

What has been your most enjoyable experience as an author? What do you wish was different?

My most enjoyable experience as an author was with the first two people had I let read End of Imperium. Both loved it and were upset that it had ended. They couldn’t wait to see what happened next and asked for the sequel immediately. That made me very happy.

What are some things that haven't been done in the fantasy genre that you hope to introduce through your books?

Honestly, I don’t know whether it has been done before or not, but…I’ve created a world where most of the fantasy creatures from mythology are genetic mutations of human beings. On the planet Olympus, where Maker of Fate is set, there are Orcs, Minotaur, Fairy, Elves, Necromancers, Gods, Trolls, Dwarves, Centaur, Animal Shifters, and all manner of mythological beasts. Every one of the humanoid species (and few you wouldn’t even guess) are mutations of Homo Sapiens caused by exposure of humans to an unknown type of radiation early on in the colonization process. Or maybe they were saved from extinction by the Alluran and stored in the Chronos Vault until the planet was habitable again. You’ll have to read the both series to find out.

When you're not writing, what are some things you like to do for fun?

I mostly spend time with my son. He and I are both love art. I’m more about paints and pencils, he’s all about clay and sculpting. We read the same books and listen to audio books together so we can compare what we thought about them. And we play computer games together for his Minecraft channel. We also cook, play Dungeons and Dragons, and spoil our pets. When there’s enough time for it, we go “adventuring”, which is far less glamourous and much more fun than it sounds.

What was the best advice you've ever received related to writing and could you share it with us?

I don’t know what the best writing advice I ever received was. I probably didn’t follow it anyways. But the best advice I ever received was this “Self-care is not selfishness.” I spent most of my life trying to make other people happy and ignoring what was best for me because it wasn’t what the people around me wanted me to do. If I hadn’t been so concerned with trying to make others happy, I would have been a lot happier myself. So now I do things which make me happy that I never considered doing before like; publishing my books, starting a blog, making writing a career, eating out more often, getting my nails done once in a while or going to the spa, not associating with people who I don’t like, and going places I’m interested which I might not have before. It’s been amazing and I’m happier than I’ve ever been in my life.

How long have you been a member of AllAuthor? How would you describe the experience?

I’ve been a member of AllAuthor since April of 2019. Not a very long time. But I’ve enjoyed it so far. It took me a few months to get the hang of all the advertising banners and features which the website makes available to member authors. However, once I did, I really appreciated them. It makes Twitter advertising super easy and I don’t have to create my own graphics. Saves time and I love it.

Have brimming questions to ask author Delilah Bluette? Ask the author whatever you like, but keep in the appropriate zone.
** Please note, unanswered questions will not appear on the page and refrain from posting promotional messages.

The author, a good book and you. Contact Delilah Bluette here.
** No Spamming: Spam is an irritant to regular users or the authors. Please note that bombarding promotional mails/messages is strictly prohibited. Your IP address may be blocked if found doing so.