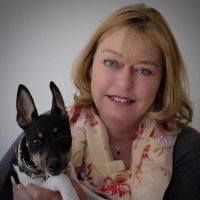 Wildly fond of moonbeams. Lover of life, protector of animals. When not working on the conclusion of the Midnight Trilogy, I'm usually found in the kitchen or puttering in my flower garden. 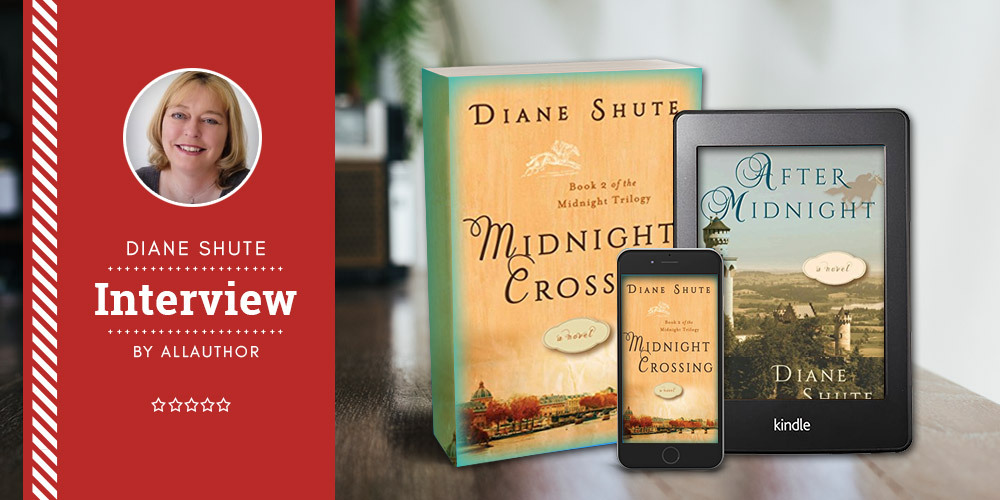 "The youngest of five, Diane Shute spent a lot of time at the beach or exploring the nearby mountains with her sister and brothers. When indoors, she was never without a book. She grew up reading the classics, and love the trivia of history.
Of all the things she wish she had known being a teenager, I think it’s how essential experimentation is to the process, and that success is subjective to any given moment, relative to the eye of the beholder.
Currently, she is working on the last piece of the Midnight Trilogy, and following the adventures of Alix Saint-Descoteaux and Lord Nicholas Griffon, along with his beautiful horse, Midnight Star."
Where have you spent most of your childhood? What kind of a child you were?

Definitely Salinas, which is on the central coast of California. The youngest of five, I spent a lot of time at the beach or exploring the nearby mountains with my sister and brothers. I’ve always been something of a fanatic about animals. I always had a pet—usually more than one (I still do) cats and dogs, fish, turtles, a wild duck with a hurt wing, a rooster, a green parakeet. I grew up near the public stables, where I learned to ride my friends’ horses (I didn’t have my own until I was a teenager) When indoors, I was never without a book. John Steinbeck and Alfred Hitchcock were local names. I grew up with the classics.

When did you realize you want to be an author? Do you have any unfinished/unpublished story?

When I read my very first novel, The Red Pony, by John Steinbeck. I was still reading primers, but I wanted to be like my older brothers. I could read most of the words, (some with the help of a dictionary) but I could not completely grasp the story. It was not a happily-ever-after like the books in school or suggested by the librarian, but I learned that words were tools, used to make sentences that painted actions. I’ve written ever since. Currently, I’m working on the last piece of the Midnight Trilogy, and following the adventures of Alix Saint-Descoteaux and Lord Nicholas Griffon, along with his beautiful horse, Midnight Star.

One thing you wish you knew when you were a teenager? What makes you wildly fond of moonbeams?

My dad always told me to get my head out of the clouds. He’d say I was smart enough, if only I’d come down to earth. Moonbeams are the easiest way to get there, and who knows where I might land? Of all the things I wish I’d known then, I think it’s how essential experimentation is to the process, and that success is subjective to any given moment, relative to the eye of the beholder.

Out of "Midnight Crossing" and "After Midnight", which book will you suggest your readers read? Why?

Alix’s story begins in After Midnight, when she first starts to remember her childhood and her father’s disastrous death. I’d definitely recommend reading Book 1 first, because the story evolves in Midnight Crossing, delving into her guardian’s past. In Book 1, Sir Robert Gordon is something of an enigma—caring for Alix while encouraging her dreams of building a racing stable, but when Alix is kidnapped by the dubious Count Rouget in Book 2, Robert’s secret past is revealed.

What sparked the idea for "After Midnight?" Was writing a women's historical fiction a struggle?

Alix Saint-Descoteaux just took over my page one day. She’s a multifaceted character that can be amusing at times and dark at others, and during a cable documentary on how PTSD after WWII changed societal norms that the idea for Lord Nicholas Griffon came to me, sparking the story in After Midnight. Since then, I’ve learned something new every day through researching their story. Its downside, is that it can be time consuming--just ask my family.

Why did you choose the historical romance genre? Who are some of your favorite romance authors?

What’s life without a little romance? It’s just fun to write. I grew up reading the classics, and love the trivia of history. Who do I like to read? Where to start, but with the greats: Jayne Austin, Daphne du Maurier, Georgette Heyer, Emily Bronte, Mary Shelly?

Your most recent book is both a mystery and a romance. How did you manage to balance the two elements in your story?

A new character is revealed in Midnight Crossing...the elusive Drago Fortescue. He was difficult to manage at times, because he was ready to take over the story wherever he could. Since he’s a bit of a mystery himself, he kept the other characters on their toes.

How much did you research for "Midnight Crossing?" What was the most unusual thing you read online about the life of people in 1800s?

I really needed to delve into the last days of Napoleon Bonaparte and the politics for the backstory in Midnight Crossing, so it was quite a bit of work. Probably the most striking thing I came across in my research is also the saddest—tuberculosis, or consumption was so rampant in the early 19 th century Europe, it was known as the White Plague. Although endemic across the population, the results of its ravages also aligned with fashion. The delicacy of a wasting figure, the rosy cheeks and sparkling eyes of a fevered state, the sickly pallor that brought out delicate veins were considered desirable attributes for ladies of the day. For those who were healthy, lead based makeup and belladonna eye drops were available to mimic the look of death.

Writing a historical fiction requires you to make the setting, language, and clothing faithful to the times. How did you manage to make 1800s real for your readers?

I have what I call a “vision board” on my wall. It’s basically illustrations of the nineteenth century...places and people. Some are photos of period architecture, illustrations from different times of day and night. When I couple it with the timeline of the events influencing my characters, I let them tell their own stories.

Between Nicholas Griffon and Alix, which character would you like to bring to life? Why?

Alix of course....she’s so wonderfully complex! I’m afraid she’d soon drop me as a friend, however...I have none of her abilities, and I’d soon bore her to death.

Which part of the book "Midnight Crossing" was the most fun to write? Which of the two books took longer to write?

My favorite scene in the book, is where Alix and Nicholas share a cup of tea aboard his ship just before they planned to sail from London Harbor. Alix surprises Nicholas with a gift of his portrait she had secretly painted, and his reaction was not at all as she (or I) anticipated. Of the first two books of the Midnight Trilogy, Midnight Crossing was the most challenging to write. The plotting of the backstory required a great deal of research to cross-reference timelines of characters to make it work.

How important do you think is the title of the book? How did you come up with the title "AfterMidnight?"

I think a title is a book’s first impression. I chose “After Midnight,” for the first book because Alix meets Nicholas Griffon after he purchased her pet horse, Midnight Star. Midnight is integral to the story, even though he’s a horse. He is the connection between their separate and rather insolated worlds. Without their shared admiration for the beautiful Midnight Star, Alix and Nicholas have little in common.

One thing that has changed after being an author? Do you miss anything?

Oh gosh...I’m thrilled that people read and like my books! I think the one thing that has changed after being published is that my friends will stop people to tell them, “Hey! I’m having lunch with an AUTHOR!” It’s hilarious.

What are you currently working on? Do you wish to continue writing historical romances?

I love the challenge of writing historical fiction... At the moment, I’m working on Book 3, which will be the last book of the Midnight Trilogy. I can’t share what happens yet... but Alix and Nicholas meet again.