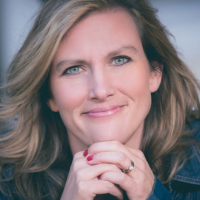 Praised by New York Times best-selling author Dee Henderson as “a name to look for in romantic suspense,” Dani Pettrey has written eight novels, which have sold more than 300,000 copies. Dani combines the page-turning adrenaline of a thriller with the chemistry and happy-ever-after of a romance novel. Her novels stand out for their “wicked pace, snappy dialogue, and likable characters” (Publishers Weekly), “gripping storyline[s],” (RT Book Reviews), and “sizzling undercurrent of romance” (USA Today).

Dani’s adventure-focused Alaskan Courage series climbed the CBA best-seller lists, with Submerged staying in the top twenty for five consecutive months. The five-book series also won multiple awards, including the Daphne du Maurier Award, two HOLT Medallions, and Christian Retailing’s Best Award, among others. She turns her attention to crime and law enforcement in her home state of Maryland in her new Chesapeake Courage series, starting with Cold Shot, which Library Journal called, “a harrowing and thrilling ride.” For more information about her novels, visit danipettrey.com. 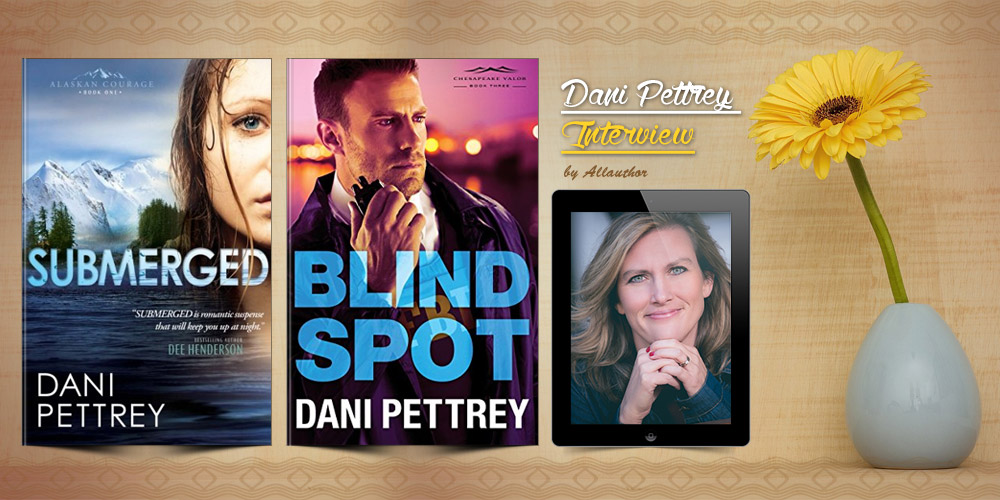 "For author Dani Pettrey, daydreaming paved the way for her contributions to her school’s creative writing magazine and finally a creative writing class at the local community college. Seven years later she received her first book contract. She loved Nancy Drew and Agatha Christie novels and later fell in love with Jane Austen and Charlotte Bronte in high school. A successful writer now, she likes to show her thanks for her family’s support by dedicating books to them. Her greatest piece of advice to writers when learning is to listen to and apply what resonates with you and let the rest go."
Tell us a little bit about your childhood and what led you to start writing.

I’ve always loved daydreaming and telling stories. As I got a little older, I started writing ideas down and doodling out different story openings and scenes. In high school, I contributed to my school’s creative writing magazine to share poetry and short stories. That was really the start. Daydreaming led the way. Fast forward a number of years, a hubby, two kids and a serious illness where I spent a lot of time reading while recovering and God used that time to really bring back my love of storytelling and the power of story. From there, I took a creative writing class at the local community college and decided I’d start trying to learn how to write a book. Seven years later, I received my first 5 book contract.

Who were some of your author role models as a child and how do you think they have shaped your writing?

As a child, I loved reading or rather consuming Nancy Drew and Agatha Christie novels. I also loved watching Scooby Doo. Anything full of mystery had me hooked. As I got older I read a lot of the classics during my high school years where I fell in love with Jane Austen and Charlotte Bronte novels and the combination of romance and mystery collided. It’s my favorite. A good mystery and a good romance. It doesn’t get much better than that.

Did you try out other genres in the beginning or did you know from the start that you wanted to write romantic suspense?

Actually, because I loved Regency classics like Pride & Prejudice, Jane Eyre, and Emma…my first attempt at a novel was a regency-set mystery, but I quickly learned that while I might love historicals, I have a contemporary voice so I switched to contemporary romantic suspense.

How did you first find out that you were a bestselling author and how did you celebrate?

My editor told me and I was beside myself. I had no idea any of my novels, let alone my debut novel, would hit the bestseller list. My family and I went out to dinner at my favorite restaurant to celebrate.

What are some ways in which your family and friends have shown their support for your career and what is the most extravagant way you can think of showing your thanks for them?

My family and friends have provided constant support. I’m so grateful. I could never pursue my dream without such amazing support. I think the best way to show my thanks is to dedicate books to each and every one of them.

What was the motivating force that made you start, finish, and publish your first book? Where do you think you would be today if you weren't an author?

I feel God knit me together with the love of storytelling and I feel most myself when I’m writing. Pursuing publication was hard and took me a long time, but I knew it was what I was made to do. I can’t imagine doing anything else.

Have you ever created a character that you felt particularly attached to? How do your characters usually come to life or how do you usually get inspiration for a new character?

I definitely feel attached to the women of my Alaskan Courage series. Bailey Craig in Submerged is very similar to me and some of the struggles I’ve gone through, and both of the McKenna sisters—Kayden and Piper—are both loosely based off my daughters.

Honestly, I’m not really sure where the inspiration from characters come from. I truly believe God directs and guides my writing so from Him would be my answer, but things like an image, an actor, a career, even a setting can bring a new character to mind and then I start playing.

I’m not a plotter so I typically know my character’s name, what they look like, what they do for a living, and where they live and then I start writing and they reveal themselves as I wade through my first draft.

What started the Alaskan Courage Series? Were any of the events in the five books inspired by real life?

I watched a movie about cave divers and I found it fascinating. I started asking ‘who would pursue adventure for a living?’ and the Alaskan Courage series was born. A lot of the events in Submerged, particular the historical aspect, was inspired by historical events, then I dabbled quite a bit.

How did you go about creating the characters Bailey Craig and Cole McKenna? What are your tips on creating characters that are memorable and don't fade to the background?

As I mentioned, Bailey was based off of me to a certain extent, at least some of the inner struggles she went through and how God brought her through. Cole was inspired by the cave diving movie I watched, but also by aspects of my hubby.

I think you just have to create fully-dimensional characters that readers want to root for. I don’t fill out character charts or anything like that. I just try to write as realistically as I can and I hope that authenticity for the characters’ struggles and victories comes through.

When it comes to writing dialogue, how do you manage to keep it witty and "snappy"?

I write like I talk, and how my family and I communicate. I also take into account how the characters would naturally react and converse. The dialogue scenes are the easiest for me as I’m just observing a conversation my characters are having.

How are the books in the Chesapeake Valor Series different from others that you've written? Between Griffin McCray, Avery Tate, and Declan Grey, who would you rather take our for dinner and why?

Oooh. Fun question. Hmm. Tough choice. I think I’d have to say Declan Grey as he was a tough nut to crack. He held back a lot on me in the earlier stories, but his character really came to fruition and shined through in his story—Blind Spot. It was super fun getting to know him.

If you could turn back the clock to ten years ago, is there anything you would like to change in any of your books if it meant more success?

Nope. I wrote the best book I could at the time. It doesn’t mean it’s perfect by any means, but it’s the book I felt called to write, and I can only trust in that and do the best I can at the time.

What are some common traps that a lot of new authors fall into and what did you do to avoid or get out of them?

Wow. There are a lot of traps like trying to listen to every piece of advice you hear. My greatest piece of advice to writers when learning is to listen to and apply what resonates with you and let the rest go. There is no one right way to write. It’s what fits best for you. I learned that through trial and effort. Definitely didn’t avoid typical traps, but, hopefully, I learned and am learning through them.

Have brimming questions to ask author Dani Pettrey? Ask the author whatever you like, but keep in the appropriate zone.
** Please note, unanswered questions will not appear on the page and refrain from posting promotional messages.

The author, a good book and you! Contact Dani Pettrey here.
** Please refrain from spamming and don't bombard the author with promotional mails/messages. Your IP/Email address may be blocked if found doing so.