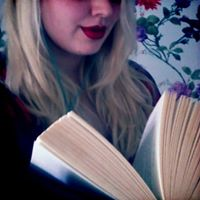 Eleanor grew up in a small seaside town in England until she moved across the country to go to University where she studied Literature and Creative Writing in another small seaside town. University allowed her to pursue her passion for reading and develop her skills as a writer. Now she spends her days dreaming up fantasy worlds and trying to finish a few of the thousands of stories that she's started but dropped when she came up with a shiny new idea. 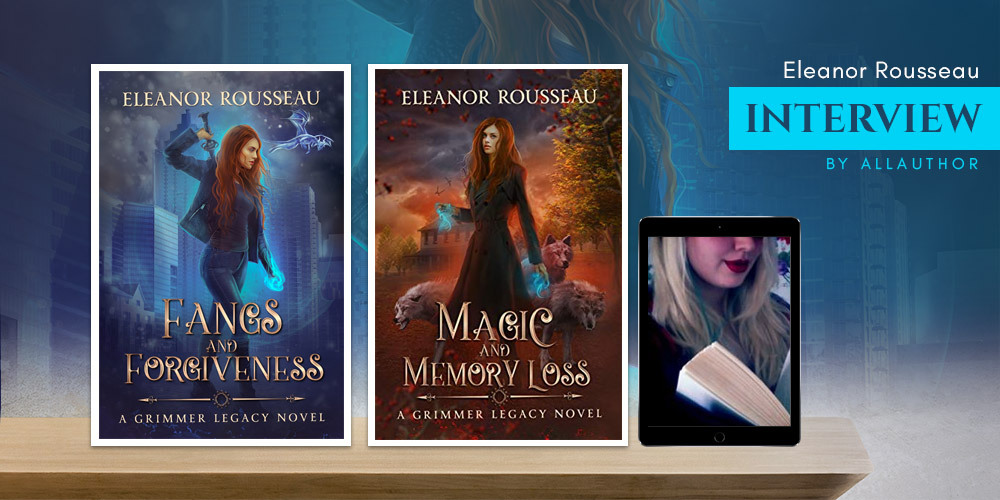 "Eleanor Rousseau is currently at University with the ambition of becoming a Writer and Reviewer. She tends to go with the first name that pops into her head and feels right. As an avid reader, she has a bunch of knowledge on a number of seemingly random subjects, such as private security, Greek Mythology, and animal behavior. She has specialized in things like Scifi, Crime, Skip tracing, and a number of other things. Her next book will be book 5: Banshee and Badlands which she is hoping to release over the summer."
Where do you find the models for your book covers? What are some things you look for when choosing the best cover for your book?

That is actually the work of my cover designer, who is amazing. I know she will always come up with something incredible

How long do you plan to stick to writing? If you had to choose any other career, what would you pick and why?

I pretty much feel like I’ll always be writing, maybe (hopefully) as a job, or maybe just as a hobby but I don’t think I could ever completely give it up. If I chose another career, I think I’d like to be an architect. It seems like a cool way to make your mark on the world.

Tell us a little bit about your book "Fangs and Forgiveness." Is this the first book you've ever written?

Nope, it’s the fourth book in my Grimmer Legacy series and will be released sometime mid-March, but you can preorder now. In this book, my protagonist, Kia Grimmer, is trying to come to grips with the return of her memories. It also forces her to confront her feelings for her lover, Avon, as she tries to forgive him for past mistakes. Also, there’s Vampire, so that’ll be pretty cool.

Who was your favourite character to create while writing Warlocks and Warfare? Was there a character or scene that was particularly hard to write?

The end of that book was kind of hard, ‘cause the characters got away from me a little bit. It was a very emotional ending, which wasn’t what I’d originally planned at all. I did enjoy introducing Kia's biological father, Misha, he is going to have a big influence on some of the future book and reader will come to know him a lot better, maybe more than they'd want to. He's the kind of bad guy who truly believes he's doing the right thing, and his motives might become even clearer as the series goes on.

How do you decide on character and place names for your books? Do you prefer using your own imagination or naming things based on their meanings in ancient languages like Latin or Greek?

I tend to go with the first name that pops into my head and feels right. Though, fun fact, Kia and her siblings all have three letter names because three is believed to be a very lucky number, especially for Wiccans. And, as anyone who's read the series will know, those guys need all the luck they can get.

How did you get started with the "Grimmer Legacy" series? Do you find it more challenging to write the first book in a series or to write the subsequent novels?

I started the series pretty much immediately after some intense essay writing back when I was at University. I’d forced myself to not writing anything creative until the essays were finished. The ideas must have built up in that time because I wrote the bulk of the first novel in a single day, and over the next week, I’d pretty much outlined the next four. I have no problem getting started on a piece of work. However, finishing them sometimes gives me a little more trouble.

When can we expect your next book to come out? Is it going to be a standalone or a series?

Next book will be book 5: Banshee and Badlands which I'm hoping to release over the summer. It's still in the Grimmer Legacy series but it will have a big change in setting and Kia's oldest sister, Amy, will have a larger role.

How long have you been with AllAuthor now? What are your thoughts on this platform so far?

I think almost two years now and I really like it, the promotional banners are super helpful and the platform is especially great for indie authors like me who can't afford to spend loads on promotional content.

Have brimming questions to ask author Eleanor Rousseau? Ask whatever you like, but keep it appropriate.
** Please note that unanswered questions will not appear on the page. Refrain from posting promotional messages.

The author, a good book and you! Contact Eleanor Rousseau here.
** Please refrain from spamming and don’t bombard the author with promotional mails/messages. Your IP/Email address may be blocked if found doing so.