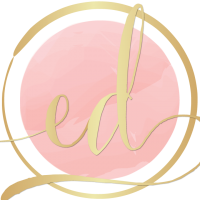 Ember Dante lives in East Texas, home of pine trees, roses, and pollen. Lots of pollen. Her sense of sarcasm and Texas-sized imagination were introduced in her debut novel Exposure. When she isn’t busy herding cats, she can be found engrossed in a good book or indulging her Netflix addiction. She is currently hard at work on her next novel. 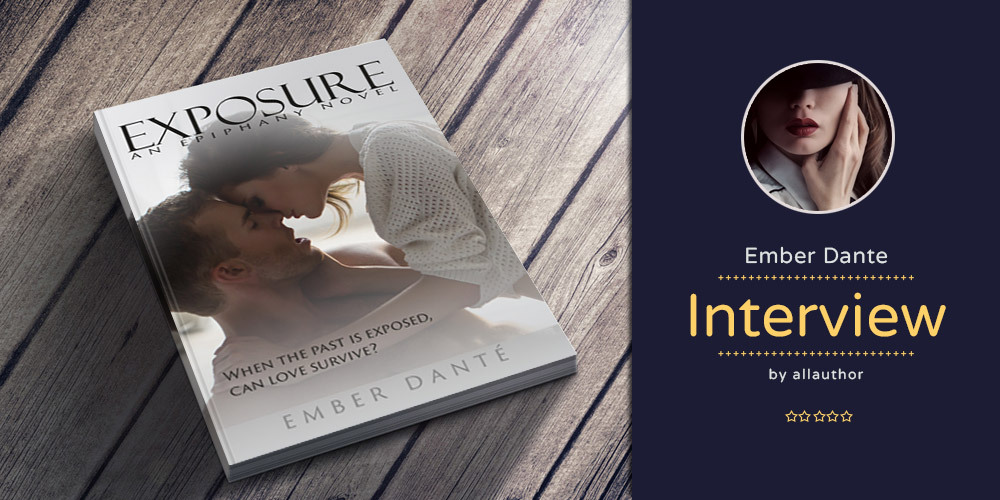 "Author Ember Dante lives in the piney woods of East Texas. She always had an active imagination and enjoyed telling stories. She reads as much as she can and gives herself frequent breaks. Puzzles and games give her brain a welcome break whenever she is finding it difficult to put together a scene. She also works out frequently and plays as much tennis as possible, both of which provide a way to recharge her creativity. She is currently working on Fraudulent, the next book in the Epiphany series. The author wants her writing to touch people, to give them an escape from the drudgery of every day life."
Which is the current series/show you’re watching on Netflix?

I love British humor, so I find myself repeatedly watching The IT Crowd, but am about to start The In-Betweeners. I actually have several items saved on my list, ranging from light-hearted comedies and super hero movies to more serious selections such as Ozark, You, and The Haunting of Hill House, to name a few.

Which is your favorite movie based on a book? What about it do you like so much?

I have three, all by Stephen King. One was adapted from his novel The Shining and the other from a novella titled Rita Hayworth and the Shawshank Redemption. Most people would disagree with me regarding The Shining, but I love Kubrick’s version. While it differed from the novel, I found it truly creepy and terrifying, and Jack Nicholson delivered both in spades. The Shawshank Redemption differed from the novella in (what I consider) minor ways but was beautifully directed and acted. It was truly a story of hope, quite different from the majority of King’s work. Lastly, The Green Mile. The ensemble cast was brilliant and did a wonderful job bringing such a hauntingly beautiful story to life. I’m not ashamed to admit I cry every time I watch it.

Where do you live and what is your favorite thing about that place?

I live in the piney woods of East Texas. The scenery is beautiful, lush, and green, with rolling hills thrown in for good measure. The thing I love the most is the climate. We only have a few days per year of “real” winter (i.e., snow, ice, etc). That’s also a bad thing because when we do experience bad weather, we typically aren’t truly prepared for it.

What is the one life lesson you have learnt from cats?

I am continually learning how to relax more and worry less. Cats have it made in that regard.

Which is your favorite quote from a book/movie?

It’s difficult to narrow that down, so I will list four and I’m sure I’ll sound like a huge nerd (not to mention age myself). The first is “I love it when a plan comes together,” from The A-Team (yes, the original TV series). Next would be, “I know” and “Do or do not. There is no try,” from The Empire Strikes Back. Lastly is, “There is no spoon” from The Matrix.

Which was the moment when you decided you wanted to write and publish your books?

I’ve always had an active imagination and enjoyed telling stories. Being an author was never something I thought I would pursue, so I suppose I’m a bit of a late bloomer in making the decision to publish.

How many books are planned in the Epiphany series?

I have at least three books planned, but it will depend on whether any other characters “speak” to me and demand I tell their stories.

What inspired the plot of Exposure?

Several years ago, I took a creative writing class. One of the assignments was to write a dialogue scene, at least 2,000 words, with very little exposition. I wrote about a young woman returning home the morning after a one-night stand and being questioned by her roommate. That small glimpse into her life made me wonder, “what if,” and the plot of Exposure slowly emerged from there.

If you were a reader of Exposure, what would be your favorite thing about the book and its story?

I’d like to think my readers would enjoy the humor, some of which is rather tongue-in-cheek, but maybe it’s only funny to me. Aside from that, perhaps that there are still good people in the world, trying to do the right thing regardless of their environment or the external forces opposing them.

I love my male characters, though some more than others. I tried to imbue them with traits I’ve experienced in my male friends, hoping to make them more “real” to the reader. I’d like to believe we’ve all known or met someone who does or says some of the things my characters say. I wanted them to be “normal” people who feel and experience normal things. Reading about billionaires can be an exciting fantasy, but I hoped that my male characters could/would appeal to the vast majority of women.

What is the one advice you would give to your younger self if you could?

I would tell my younger self to start writing earlier in life.

How do you define literary success?

I want my writing to touch people, to give them an escape from the drudgery of every day life. Whether that’s through steamy sex scenes or the promise of two characters finding true love, if I can entertain or inspire hope in people, I would be happy.

How do you make sure your imagination remains kindled even through the monotonous phases of life?

I read as much as I can and give myself frequent breaks. Puzzles and games (Candy Crush, for example) give my brain a welcome break whenever I’m finding it difficult to put together a scene. A few years ago I rediscovered coloring, and I’ve found that to be a valuable distraction. It gives my mind a chance to rest and not focus on the problem at hand. Usually the simple act of putting colored pencil to paper will allow a solution to present itself. I also work out frequently and play as much tennis as possible, both of which provide a way to recharge my creativity.

Which is the next book you are working on? When do you plan to release it?

I am currently working on Fraudulent, the next book in the Epiphany series. I haven’t set a release date yet, but hopefully later this year.

How has your experience of association with AllAuthor been?

I have thoroughly enjoyed my association with AllAuthor. I appreciate the tools offered through the site and the time it takes your team to maintain such an enormous undertaking.

Ember Dante is a thinker and a doer. These are the quotes by famous personalities the author resonates with.

Do not base your happiness off someone Else.
AuthorUncategorized 80

I want to top expectations. I want to blow you away.
Quentin TarantinoUncategorized 44

Youre not a woman he said finally. Youre the Grim Reaper with red hair
Jeaniene FrostBones 44

Dont tell me the moon is shining show me the glint of light on broken glass.
Anton ChekhovWriting 41

Have brimming questions to ask author Ember Dante? Ask the author whatever you like, but keep in the appropriate zone.
** Please note, unanswered questions will not appear on the page and refrain from posting promotional messages.

The author, a good book and you! Contact Ember Dante here.
** Please refrain from spamming and don't bombard the author with promotional mails/messages. Your IP/Email address may be blocked if found doing so.