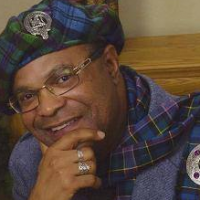 Ambassador, Professor, Dr. Joseph. S. Spence, Sr., is an awesome prolific, worldwide acclaimed award-winning, and best-selling poet. He follows his faith with dedication and is a member of Alpha Phi Alpha Fraternity, Inc. He is a World Peace Ambassador of Human Justice, and International Diplomacy. His mother taught him how to read, write, interpret, and recite poems in high school, and he has been uplifting worldwide humanity with inspirational words since as an internationally acclaimed award-winning and best-selling poet. He has served in poetic leadership positions, conducted poetry seminars, recitals, and assisted poets around the world with a smiling heart to publish the golden words from the crystal ink of their musing pens. He has authored eight awesome poetry books, and is working on his ninth inspirational poetry book to motivate, uplift, and inspire souls to press forward and achieve the highest heavenly prize established for which they have been called and ordained.

He has taken English literature, creative writing, and poetry classes at the University of Maryland, University College, and the University of Wisconsin-Milwaukee. During his 26-years in the U. S. Army, he wrote poems for his military comrades and was dubbed “Apollo” the Greek god of poetry by them. He has received numerous worldwide awards for his poems, short stories, and researched articles. He was selected as Who's Who in America for years. He was appointed a Goodwill Ambassador by Governor William Clinton, for Arkansas, USA, and resided in Wisconsin.

Many have asked about his poetic identity. As a result, he published the following acrostic poem in alliteration style, using a sonnet format as an answer:

Joseph S. Spence, Sr. has earned excellence awards over time. Here is the glimpse of the accolades clinched by the author.

Joseph S. Spence, Sr. is a thinker and a doer. These are the quotes by famous personalities the author resonates with.

Meditation allow your garden to grow and flourish, Even from the hardest rock!
Ambassador Joseph S. Spence, Sr.Meditation 14

Have brimming questions to ask author Joseph S. Spence, Sr.? Ask the author whatever you like, but keep in the appropriate zone.
** Please note, unanswered questions will not appear on the page and refrain from posting promotional messages.

The author, a good book and you. Contact Joseph S. Spence, Sr. here.
** No Spamming: Spam is an irritant to regular users or the authors. Please note that bombarding promotional mails/messages is strictly prohibited. Your IP address may be blocked if found doing so.