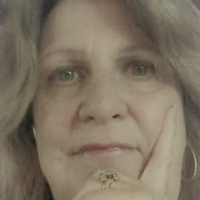 Ms. Landy-Kordis attended the University of Oklahoma for screenwriting and directing.

She has written, directed, produced promotional scripts as well as worked as a videographer through her own company FIA/Films by Independent Artists, Inc.

Her first book is her memoir, "And I thought I'd be a nun" which details physical and emotional abuse as well as insurmountable amounts of love from the unloved, survival, and happy endings.

Her preferred format is screenwriting. Her "Goldsby-Buffalo Soldier" almost got produced but funding fell through and producers decided to move on.

Most recently she has started a new short story series, Tapioca Style Series, and enjoying it very much. Hoping her readers will too.

She self-publishes under her FIA/Films by Independent Artists Inc., dba LilyHeart Publishing and is willing to help others that wish to do the same.

Georgianne Landy-Kordis has earned excellence awards over time. Here is the glimpse of the accolades clinched by the author. 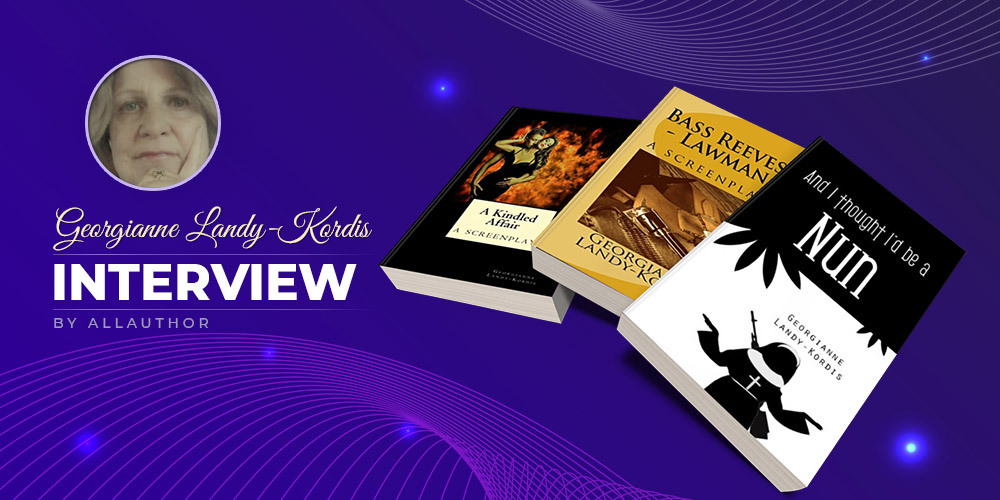 "Georgianne Landy-Kordis was born and raised in Jamestown, New York, home of Lucille Ball until she was fourteen. She has always liked television and movies. She was the writer, producer, director and sometimes the videographer when running her business. She learned and understood more of the process involved in movie making while attending the University of Oklahoma for screenwriting and directing. She is currently searching her mind for that next screenplay she would like to write. Her main interest, of course, is writing screenplays."
Where did you grow up? What are some of your favorite childhood moments?

I was born and raised in Jamestown, New York, home of Lucille Ball until I was fourteen; then taken to Oklahoma where I have lived since. I say taken because we children had no choice in the matter.

Did you ever dream of writing, directing, producing promotional scripts?

I’ve always liked television and movies. As a child I liked acting out and directing the stories in my head with objects like coins and m&m’s. The coins were kings, queens, guards and paupers; you can guess which were which. The writing started in seventh grade but I got caught writing instead of listening to my teacher, Sister Mary Michael and got in big trouble. I didn’t write again until my senior year and that’s when I realized I wanted to write and make movies. I also thought I wanted to join the Peace Corps.

How has attending the University of Oklahoma for screenwriting and directing helped you shape into a writer?

I learned and understood more of the process involved in movie making while attending the University of Oklahoma for screenwriting and directing. I also had an opportunity to work on a film and realized I too could make movies, whether good or bad. I was just so driven to do something that I hungered for in the world of storytelling. So I decided to start my own company, FIA/FILMS BY INDEPENDENT ARTISTS, INC. I bought a professional video camera and lights. I found crew people willing to be involved in my dream and got busy all while working full time and raising a daughter. I had a promo script of one of my screenplays for which we shot so I could try to get funding to do the whole production. I continued to do promo and promotional videos and applying for funding. Just being a woman trying to get somewhere in that business was a challenge not to mention being in Oklahoma. It was just not heard of in the early 90’s. Never did get funding for my screenplays then but made money by doing promotional videos for actors, people needing commercials and a lot of work video tapping seminars, workshops, etc., for the University.

What inspired you to make a shift from being a videographer to writing memoirs?

I was the writer, producer, director and sometimes the videographer when running my business. After a few years, my life took another direction, then many more years passed and I decided to just go back to writing. My main interest, of course is writing screenplays. I wrote my memoir because I am a survivor from an abusive, dysfunctional family life and I believed it would be the best form of therapy EVER for me; and it was. I also felt my life was interesting enough for others to read and perhaps learn from my many bad choices but also understand why we make the choices we make. When I had decided to actually write my memoir, “And I Thought I’d be a Nun,” I wrote everything I could think of that I had done and had been through with my thoughts, regrets and outcomes. I had a stack of papers but no idea what to do next. I called a friend who had been in my screenwriting class and who now has many published books herself. She said to put all of that in order from birth to the end. Seemed simple enough but still not sure how to get it to read well. So I decided to write as if speaking to a psychiatrist. That way the story flows well and is a fast and easy read. People have told me they’ve read it twice because they were so into it and wanted to make sure they didn’t miss anything.

What’s the path to becoming a professional screenwriter?

Now screenplays have their own formula. Anyone interested in this field needs to know the formula and the correct formatting. You’ll probably never really know what will interest producers or film companies while you are writing your screenplay; you just need to write what interests you. I have mine listed with a few web sites that sort of peddle them to producers, etc. These web sites also list what film companies or producers are looking for. I have found that many times they are looking for horror scripts for one, comedies and women in peril. But these can change at any time.

What should the publishing industry be doing for writers that it isn't?

I think publishing companies and I have my own: LilyHeart Publishing should help their author’s in the marketing aspect. It’s very hard to promote yourself. There are many web sites and/or webinars that will tell or teach you ways to promote yourself but for the most part they cost a pretty penny.

Which is the next book you are writing? When is it due to being released?

I am currently searching my mind for that next screenplay I’d like to write. I have also published my screenplays in book form and I’ve published a book on how to self publish one’s own books on Amazon.

When did you first join AllAuthor and how did you learn of it? What do you think of the experience so far?

I joined AllAuthor in July, 2019. I believe I found out about it while searching for ways to promote my books. It looks like ALLAUTHOR gets a lot of traffic from readers. I love the features they offer, such as the weekly mock ups and the book/gif video banners. I really appreciate the tweets they send out periodically and it seems to be a good cost for what they offer.

Have brimming questions to ask author Georgianne Landy-Kordis? Ask the author whatever you like, but keep in the appropriate zone.
** Please note, unanswered questions will not appear on the page and refrain from posting promotional messages.

The author, a good book and you. Contact Georgianne Landy-Kordis here.
** No Spamming: Spam is an irritant to regular users or the authors. Please note that bombarding promotional mails/messages is strictly prohibited. Your IP address may be blocked if found doing so.