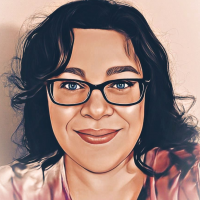 When Harley's writing, her motto is the hotter the better -- off the charts sex, commanding men, and the women who can't deny them. If you want men who talk dirty, are sexy as hell, and take what they want, then you've come to the right place.

Harley Wylde has earned excellence awards over time. Here is the glimpse of the accolades clinched by the author. 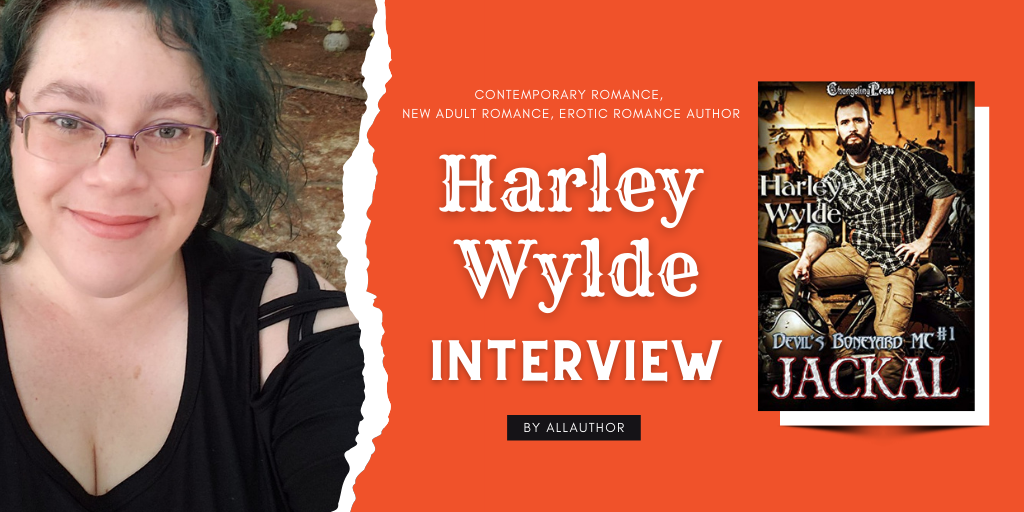 "International Bestselling Author of Contemporary Romance, Harley Wylde is the “wilder” side of award-winning author Jessica Coulter Smith. Her characters are phenomenal and have a lot of depth to them. She is absolutely fantastic at writing an engaging sexy story. Harley Wylde keeps the words flowing so that you have to turn the page to see what happens next."
What was your childhood dream? What would your life be like if you had followed your childhood dreams?

When I was really young, I wanted to be a veterinarian. I adored animals and wanted to work with them every day. Until I found out about having to do surgery, or dissect animals in veterinarian school. That changed my mind rather quickly. After that, I told my family I wanted to write books. They discouraged me, saying it was a great hobby but not a way to earn a living. Sadly, I listened to them and didn’t try to get a book published until my late 20s. If I’d followed my original dream of being a vet, I don’t think I’d have enjoyed it as much as I’d thought I would. While I do love animals, I think mostly seeing them at their sickest would have taken a toll on me.

What childhood book sparked your interest in reading?

I can’t remember how old I was. Maybe around seven? My mother found these hardback Disney books. One for each movie that was out back then. I carried several with me anytime we went somewhere. Even out to eat. I’d sit at the table in the restaurant and read while I waited for our food to arrive. The Aristocats was one of my favorites. As I got a little older, maybe nine or ten years old, I read Nancy Drew and R. L. Stein’s Fear Street series. I also discovered Christopher Pike and Richie Tankersley Cusick around that time.

I believe everyone should have a happily ever after. Doesn’t matter to me if it’s a man and woman, two women, two men, or some combination thereof. I have family members who are gay or bisexual, and as I looked at the books I’d written to that point, I realized I hadn’t written anything that included them. All my books up until then were either MF or MFM. I wasn’t sure I could pull off writing a gay romance, but I knew I’d never find out if I didn’t try. So, I wrote one and submitted it to my publisher, who accepted it.

Which is your favorite Harley book?

Wow, that’s a tough one. I’m not sure I have one that’s a favorite over all the others. I generally have one in each series that I like maybe a little more. For Bad Boy Romance, it would be a tie between Cuffs & Kink or Cowboy. With the Dixie Reapers MC, probably Flicker. For my most recent series, Devil’s Fury MC I honestly couldn’t pick a favorite.

While writing the Devil’s Boneyard MC series, did you plan out the series or did it just evolve?

The Boneyard crew originally appeared in the first Dixie Reapers book. Or rather, their VP Scratch did. I received a lot of emails asking if he’d get a book too, so the idea for writing a Devil’s Boneyard series became a more real possibility at that point. I wasn’t sure how I’d handle writing multiple MC series at one time, so I waited until I had few more Dixie Reapers out, then I started working the Devil’s Boneyard books into my timeline. I don’t plot my stories. I’m a total Pantser, so I never know who will be next until their story comes to me.

Who inspired the character of Josie in "Jackal (Devil's Boneyard MC 1)"?

Josie isn’t really inspired by any one particular person. She has characteristics of several women in my life, myself included, as well as my daughter. The foot stomping was definitely something my daughter used to do when she’d get irritated.

Do you mind introducing us to the award-winning author Jessica Coulter Smith?

As Jessica Coulter Smith, I write sci-fi and paranormal romances (mostly) with a few historical and fantasy young adult books thrown into the mix. I’ve won several readers choice awards under that name, as well as a Darrell Award for best sci-fi novella (Brielle and the Alien Geek) back in 2016. While I tend to write a little of everything under that name, I’m mostly known for my aliens and shifters. In fact, my very first book was published under that name in 2008.

In Steel (Devil’s Fury MC 5), the hero rescues a pug from being beaten then decided to keep her. Who was the inspiration behind Victoria?

Victoria was inspired by our very own pug, Buttons. While Buttons was adopted, she was in no way abused and beaten like the little dog in the book. And she’s fawn, not black. But her personality shines through in Victoria’s character. Buttons is a senior pug, so she’s not quite as active as Victoria, although she will still gladly chase after my kids every now and then. She adores them and loves to play (just not with toys).

What are some cat facts that non-cat owners normally won't know?

Cats can be extremely picky when it comes to things like their litter. If I can’t find the type mine like, they’ll get mad and used the floor next to the litter box instead. So, when I start getting low, I buy more even if it means having it shipped (because I’ve learned my lesson – they’ve trained me well).

Cats can literally climb the walls. Yes, I have a cat who will scale the wall when he’s playing and wants to hide from the others. He’ll race through the house, jump at the wall, and go all the way to the ceiling. I call him Spider-Cat even though that’s not his actual name. And yes, I keep a bucket of paint handy for touch-ups.

I refuse to declaw my cats because it’s barbaric and painful for them. They have to break the bones in the toes to remove the claws, and if they leave even the smallest fragments behind, the paws can get infected. I would imagine it’s also rather scary for them, and they don’t understand why you’ve done that to them.

What movie from the 1980s could you watch on a daily basis?

Overboard with Goldie Hawn and Kurt Russel. Just ask my family. If they hear the opening of that movie, I get a “not again!” from each and every one of them. I’m not sure what it is about that one I love so much, but it’s my go-to when I don’t know what to watch.

What are the best marketing strategies adopted by bestselling authors?

Marketing is different not just by author but by book. Even for me. What I would use to market a scifi romance won’t necessarily work on my contemporary romances. I think the main thing is actively keeping your books in front of readers because someone may not have seen it yesterday, but they will tomorrow. In this digital age, I think most authors try to stay active on social media. It’s a great place for readers to reach out with questions, and there are so many possible ways to tell someone about your book, or introduce yourself to other authors in your genre.

What skills are lacking in the book publishing industry?

Marketing. Seriously. Most publishers today, even the big boys, don’t do much in the way of marketing. I don’t know if it’s necessarily a skill they don’t have, or if they just don’t have the time and money to invest in it. These days the marketing falls almost entirely on the author.

Do you use a different name at Starbucks? If so, why, and what is the name?

No, I just use my first name. And since I go there so often, most of them recognize me and greet me by name before I can say anything.

What is your next book and when is it coming?

Titan (Hades Abyss MC) will release in October 2020 with Changeling Press. If you’ve read Kraken, then you know Titan is the President for the Mississippi chapter of Hades Abyss. Let’s hope he doesn’t screw up as much as Slider did in book three!

What are your thoughts on AllAuthor? Is this a website you see yourself using for sometime even in the future?

I love AllAuthor! I like that readers can join the site and find me easily, as well as other authors in the genres they enjoy. The cover contests are fun, and the graphics made by AllAuthor are great for sharing on social media. I definitely see it as a site I’ll continue to use in the future.

Have brimming questions to ask author Harley Wylde? Ask whatever you like, but keep it appropriate.
** Please note that unanswered questions will not appear on the page. Refrain from posting promotional messages.

The author, a good book and you! Contact Harley Wylde here.
** Please refrain from spamming and don’t bombard the author with promotional mails/messages. Your IP/Email address may be blocked if found doing so.