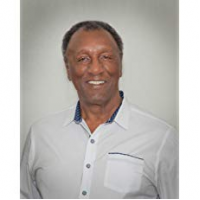 Ed was born in New York City in 1946 and lived with his grandmother in Asbury Park New Jersey until moving to Mahwah New Jersey to live with his parents when he was 5 years old.

To the east, this wooded area with its mountain lakes and streams was an ideal place for a young boy to grow up. Ed spent many days, when not in school, fishing and hunting, hanging out and bike riding with his friends. With New York City to east, when Ed became of driving age, the call of the big city beckoned he and his friends on weekend nights.

In high school Ed was injured while on the junior varsity football team that he seemed to recover from fairly quickly, but came back to haunt him in later years. Giving up football for wrestling he wrestled throughout his high school career, doing very well. This type of physical contact sport would follow Ed throughout his life but would take another form.

After high school Ed joined the navy, serving aboard the aircraft carrier USS Ranger, that patrolled the Gulf of Tonkin during the Vietnam war, then the Grand Prairie Naval Air Station in Texas, concluding his military career in the navy reserves in Lakehurst New Jersey. It was during this time Ed's father passes away in the early 70s and he eventually met the woman who became his first wife who gave birth to his only daughter, Cintina (Tina), before moving back to Texas and settling in Dallas. Tina, now grown with a family of her own is a juvenile probation supervisor and I'm very proud of her.

Ed began attending Tarrant County Community College located between Dallas and Ft Worth for 2 years transferring to the University of Dallas for two years where he received his BA while working for MHMR, on a children's psychiatric inpatient unit. After that Ed was moved into a psychotherapist role in an MHMR community mental health center. Ed's reputation for his work with children began to spread among the mental community in Dallas. It was at the beginning of college that Ed began training in the martial arts and received his black belt in Tae Kwon Do and BA degree within months of each other. But it was also during this time his marriage ended in divorce after 7 years.

After receiving his Master's degree in clinical social work from the University of Texas at Arlington Ed then moved to Houston after accepting a position that was, at that time, Deplechin Faith Home, as Director of one of the first children's acute care psychiatric residential units in Houston. It was due to his work with children that his former supervisor at Dallas MHMR, moving to Houston months before and now clinical director at Deplechin, offered him this position. Ed also began training again, this time in Kung Fu at Wang's Martial Arts in Houston, where he earned his 5th degree black belt. Ed was inducted to the World Peace Martial Arts Hall of Fame in 2014 for his contribution to the martial arts for the development of the Martial Arts Therapeutic Training (MATT) Program. This program was designed using Tai Chi as a therapeutic intervention for youth experiencing ADHD and other related behavioral problems. Ed went on to be ranked ranked 7th degree black belt by the PCMA and receive the title of Master. As a psychotherapist, Ed has held other clinical supervisory roles at several mental health entities, has had his own private practice and held staff therapist positions at other facilities throughout his career in Houston. Along the way Ed discovered A Course in Miracles and eventually remarried. A few years after remarrying, Ed's mother passed away. This was a dark and painful time.

A Course in Miracles influence continued to grow and have more and more involvement in Ed's life and have an effect in the work of helping others, as well as himself. He and his wife, Nancy, studied the course together for many years, lending to a successful relationship until losing her battle with cancer and passing away after 18 years of marriage. They didn't have any children together, but she did have two daughters. Since her passing, Toni, the youngest, now grown, and Ed have maintained a close relationship over the years. It was very difficult for them both. Feeling betrayed by God Ed put the course down and only picked it up from time to time, but not investing it again until years later. There was a reason for that.

Seven years after the death of Ed's second wife, he remarried a 3rd time and that one ended after 7 years. Picking up ACIM again, his hope was that the ACIM would have a positive enough impact to change things, but it didn't. And as painful as that was, he continued to embrace the ACIM and that's when everything changed. Now semi retired, Ed teaches Tai Chi at Unity of Houston, conducts workshops, does speaking engagements, offers Life Coaching and psychotherapy and is clinical director at Fresh Start Therapeutic services in Houston. This is where Ed's book picks up.

Through all this Ed has come to understand his journey's purpose more clearly. To identify the cause of emotional distress experienced when our spiritual nature is ignored or not recognized, and share this with all of you through his book, Escape from Insanity, Illusions and Lies. This, Ed's first book, shows how the ACIMs teachings describes this lack of recognition is more about forgetting and replaced by a belief system rooted in fear. This gives rise to illusions of lack, scarcity and limitations, and so we don't realize something is missing, Love. This becomes the reality we live from which there appears to be no escape. Ed shows you how to identify the belief system that imprison us. With that, you learn how Ed's journey is all of our journey, and you learn what Ed has learned along the way, and that is, the journey is actually an escape from insanity, illusions and lies. A direct result of this realization is how we reclaim our own power to create the life we really want to live. Ed lays out the pathway for escape revealed in the plan given us in the ACIM that moves us along in our escape and learn of the creative power that comes with being who we really are.

Stay in the know on books by Ed Green. See upcoming books and the bestselling by the author here. You'll Also find the deals on books by Ed Green.
** Please note that the information or price displayed here may not be the updated. Make sure to double check the latest book price before buying books to read.
** Importantly, there might be other books by Ed Green not listed on AllAuthor.

Have brimming questions to ask author Ed Green? Ask the author whatever you like, but keep in the appropriate zone.
** Please note, unanswered questions will not appear on the page and refrain from posting promotional messages.