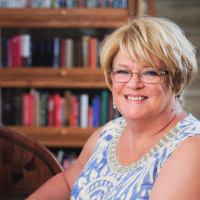 From the time she read her first Nancy Drew mystery at a very young age, she's been an avid reader and writer in a variety of genres. Before becoming a published author, she was honored to be named a six-time Golden Heart Finalist and two-time Golden Heart winner by the Romance Writers of America. Eventually giving in to the desire to share her stories and characters with others, she abandoned her day job in 2014 to pursue her love of writing full time. Since then, she has published 10 romance novels and participated in numerous anthologies. 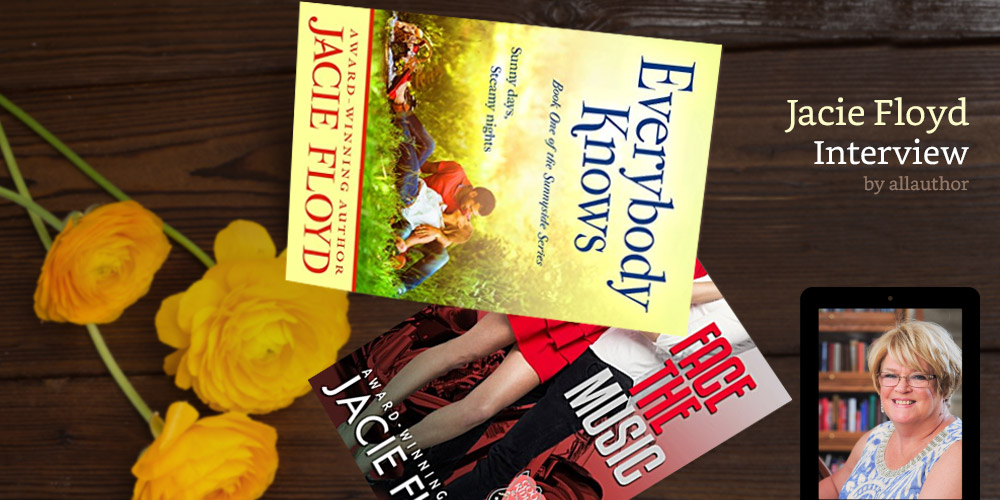 "Jacie Floyd writes fresh, flirty, and fun contemporary romances. Her romantic tales encompass strong women and men pursuing their lives, loves, and destinies. She loves reading and writing; anything that pertained to the written word always held her attention. For her, writing is a compulsion. It’s the clearest and easiest way for her to make sense of the world and to express her feelings. Jacie has been named as a six-time Golden Heart Finalist and two-time Golden Heart winner by the Romance Writers of America(RWA). The RWA Golden Heart gave her personal validation and affirmation that she was capable of being a successful writer at a time when she needed encouragement the most. Her tagline has always been to write with books with heart, heat, hope, and humor. She’s confident that her books contain all four elements."
What city do you live in and what do you love most about it? Have you always lived there or did you grow up elsewhere?

I currently live in Southwest Florida. The best things about it are the proximity to the ocean and the spectacular weather. I grew up and lived most of my life in Midwestern states like Ohio, Indiana, and Missouri. I loved it there and feel like that part of the country is vastly under-rated, but I was happy to leave behind the cold, ice, and snow.

What was your favourite subject in school as a kid? Did you always want to be a writer even at a young age?

English, literature, and history classes were always my favorite, largely because I loved to read and always wanted to write. Anything that pertained to the written word held my attention much better than math or science.

If you weren't an author, what do you think you would be doing for a living?

Something writing-related, for sure. All of my previous occupations involved writing in some form or other.

Why is writing so important to you? Do you think an author can induce change through the books they write? If so, what are some ways you try to influence people with your writing?

Like most authors, writing is a compulsion for me. It’s the clearest easiest way for me to make sense of the world and to express my thoughts and feelings. The romance genre portrays problems that real people face while offering the hope that everything will ultimately work out with a happily-ever-after. My tag line is: Writing with heart, heat, hope, and humor. I like to think each of my books feature those four elements.

When did you win your first Golden Heart? What were some emotions running through you then?

I won my first RWA Golden Heart in New Orleans in 2001. I was thrilled and honored to receive it at a time when I needed personal validation and affirmation that I could achieve my goals and have a successful writing career.

What inspired The Sunnyside Series? How did you come up with the idea for "Everybody Knows"?

Since I lived in the Midwest for so long, I was well-aware of the type of struggles a small town like Sunnyside experiences. The type of farm town that’s dying because its young people leave in search of greater opportunities. The type of insular town that struggles to maintain its relevance while the rest of the world passes it by. The type of town dependent on acquiring new residents and industries while they remain suspicious of outsiders. My daughter (who’s a librarian like Harper in EVERYBODY KNOWS) lived in a small town for a while, and no matter what question she’d ask, from logistics to statutes to personal information, the locals often prefaced their answers with that phrase. Everybody knows the post office opens at nine; everybody knows Jen’s a Baptist; everybody knows Jeff’s cheating on his wife, etc.

Which book in The Good Riders series was the most memorable for you? Between Mitch Grayson/Nicole Smith and Quin Martin/Lisa Warner, who would you rather be couple friends with?

Like a mother with her children, I love all my books, but my favorite of the five in the Good Riders series is probably MEET YOUR MATE. I really like Mitch and Quin both for their military backgrounds, and Nicole and Lisa were best friends, so there’s a lot to like about each of them. But MEANT FOR ME gets such a good response from readers that Mitch and Nicole might have a slight edge in the couple-I’d-most-like-to-be-friends-with contest.

Who was your inspiration for the character "Ryan Eastham"? Have they inspired any other characters or are all your characters modeled after different people? Have you ever created a character after a stranger you found interesting?

Ryan is a professional football player suddenly set adrift after an injury ends his sport’s career. He wasn’t based on a particular person so much as a combination of several super-competitive athletes whose self-worth is based their on their physical abilities. Generally, I have characteristics in mind that I want a character to have and then I build their identity around that. But in DARING DYLAN, Dylan is the wealthy son of a famous political family who was very loosely based on John F Kennedy, Jr. I liked the idea that he was universally known more for his name than for his own accomplishments. He carried the weight of great expectations thrust upon him when he would have rather forged his own path. He was devoted to honoring his family name, lost his father early in life, and lost himself a little after his beloved mother’s death.

What did you enjoy most about writing The Billionaire Brotherhood Series?

I enjoyed showing the vulnerabilities of three individuals who appear invincible on the surface. They understand that everyone else on the planet envies them, but they have challenges no one else recognizes. By forming their unique brotherhood, each of them provides the others with the type of unwavering support and honesty they don’t get from any other source.

Why do you think so many people love a good billionaire bad boy?

Readers like ssume billionaires are just like the rest of us except for the money and power. We like to think their basic needs are the same as ours, and all a billionaire bad boy really needs to make his life complete is the love a good woman.

Do you ever get tired of writing sometimes? What are some ways you clear your head so that you can write when you're having a bad day?

I never get tired of writing. The only problem I have with writing is not having enough as much time to write as I’d like.

What were some of your biggest fears and insecurities before you published your first book? What would you have to say to someone who may be going through the same thing?

My biggest fears were that I would publish a book and no one would buy it/like it. There’s nothing you can do to overcome those fears except write the best book you can. If you choose, you can write books you think will appeal to the broadest audience, but you can’t even really determine that. Ultimately, you have to tell the best story you have inside you and hope it strikes a chord with the right audience.

Who were your greatest role models growing up and do you think they would be proud of how far you've come as an author?

Teachers, of course, were the first ones to encourage me. I had a journalism teacher, an English teacher, and a guidance counselor that I like to think first saw a glimmer of talent. I do believe they’d be thrilled to see that I ultimately found a way to put my writing to good use.

Are you working on anything new lately?

So many things! Thanks for asking. We’re back to that question of finding enough time to complete all the projects I have in the works. Next up is SUNNYSIDE CHRISTMAS (coming VERY soon), and by February, I hope to release ALWAYS ALLIE, the first book in the BILLIONAIRE BRIDES series, which is a companion series to the Billionaire Brotherhood.

When did you first join AllAuthor and what do you think of it so far? Do you think you will continue using this site and its services even in the future?

I love the support and promotion AllAuthor provides the participating authors, and I hope we’ll have a winning relationship for a long time to come.

Have brimming questions to ask author Jacie Floyd? Ask the author whatever you like, but keep in the appropriate zone.
** Please note, unanswered questions will not appear on the page and refrain from posting promotional messages.

The author, a good book and you! Contact Jacie Floyd here.
** Please refrain from spamming and don't bombard the author with promotional mails/messages. Your IP/Email address may be blocked if found doing so.