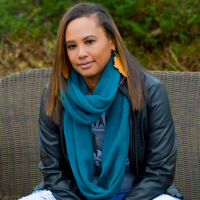 A longtime culture and music journalist and lifelong music lover, Jacinta Howard lives in the Atlanta area. For years, she worked as a writer and editor, covering entertainment, art and culture. She is the author of new adult, women's fiction, and contemporary romance, and her work often explores the sometimes uncomfortable intricacies of relationships, human folly, healing, and the bumps we experience along the road to true intimacy. A USA TODAY HEA Blog Must-Read Author and a two-time RONE Award nominee, her happy place is hanging with her family and listening to jamming music, preferably while reading on a beach somewhere. Visit her at jacintahoward.com​. 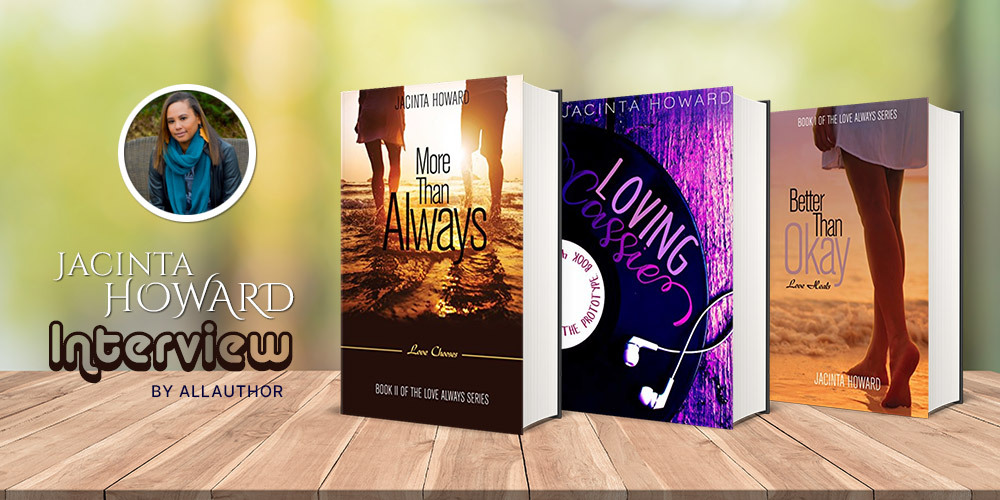 "Jacinta Howard is a master of her craft. She always includes life-altering scenarios in her books. She has quite the knack for writing lovable men. Her attention to the details of the story, the culture that she infuses, is amazing. Jacinta Howard's 'Prototype' series has been one of the most well-written series in contemporary romance."
Where did you grow up? Do you think your upbringing has played any role in influencing your writing?

I grew up in Oakley, KS until I was ten, when I moved to the Denver suburb, Aurora, which is about three and half hours from Oakley. My upbringing definitely played a role in my writing because it gave me a different perspective. I know all about growing up in a rural setting—there were 1,500 people in Oakley on a good day, and we were the only black family with children in town. That perspective, of being an outsider in a lot of ways, certainly impacted the way that I view people and relationships. I think it made me more of a quiet observer, which I think is a good trait to have if you're a writer. Also, my mom's family is huge—she has eleven brothers and sisters and I have over 48 first cousins. That array of personalities also gave me perspective in terms of characteristics and how personality and environment shapes responses and reactions to different things.

Being a lifelong music lover, which type of music do you love listening to the most?

I love all kinds of music—I'll listen to anything if it's jamming. But I mostly like soulful music and I listen most regularly to soul, jazz, and hip-hop.

Since how long have you been living in the Atlanta area?

I've lived in Atlanta, off and on (mostly on) for about 20 years.

How has been your experience of working as a writer and editor, covering entertainment, art and culture?

My experience as a writer/editor gives me appreciation for the craft of writing and also listening to other people's experiences and then cultivating that into a story. You can write a story about anything and anyone, and make it compelling–it's all about how you approach the story.

Why did you choose to write the new adult, women's fiction, and contemporary romance genre?

I chose romance and women's fiction as a genre because I love stories about love, especially black love. The defining element of our humanity is our ability to love—and I think that's beautiful and important, even though the romance genre takes a lot of criticism, some warranted, a lot of it not at all fair. My first couple of series were new adult because I've always been deeply interested in speaking to people in that age range, since I first started writing really. I was further convinced to write in that genre when I realized the lack of black characters being centered in new adult stories. When I first published back in 2014, the market was very dry in that area—I had a really difficult time finding black new adult romance stories. That was definitely a motivating factor because it's important for black women to see themselves in that genre too.

How did you begin writing the The Prototype series? Do you find it more challenging to write the first book in the series or the last one?

When I first started Happiness In Jersey, which is book 1 in the Prototype Series, I actually had no idea at the time that it would even be a series. I just had the protagonist, Jersey Kincaid, in my head and was really eager to tell her story. As I got further into the story, I realized that it had the potential to become a series, focusing on the other members of the band, The Prototype. In the case of The Prototype series, the most challenging book to write was definitely the last one, Loving Cassie. It was agonizing, really. But in the end, it's probably my favorite of the series.

What are your favourite themes or genres to blend together?

My favorite themes to blend together are healing and the idea of loving wholly and fully in the face of adversity or less than beautiful circumstances. Most of my writing touches on that theme in some way because I think, in a lot of ways, that's an important life theme to carry with you. My theme as a writer is: Love is beautiful. Humans are messy. I write about the space in between. Although I write new adult and contemporary romance, most of my books thus have some elements of women's fiction in them as well, so I guess that's also a combo that I dig.

Which of the books in the Love Always series was the most fun to write and why? Which one took the longest to write?

I had the most fun writing Less Than Forever because I was excited about the characters, Raven and Dorian, and at the time, I was feeling a lot freer in my writing too, which is always much more fun than when I'm stressing and worrying about how a book will be received. They all took about the same time to write-- around six-eight weeks.

I generally just think about what sounds catchy and compelling to me as a reader.

I'd like to see my work reach more people, however that comes.

What is one of your favourite not-so-well-known books? Why do you think a lot of well written books don't sell?

One of my favorite not-so-well-known books is Upstate by Kalisha Buckhanon. I think well written books don't sell for a number of reasons—one being lack of marketing oftentimes. I've observed pop culture trends for a longtime now–most of my writing positions called for that. One thing I've noticed is that people, whether they admit it or not, tend to lean toward what other people say is good, and let that dictate their opinion as well. People also like what's familiar and if you're doing something different, I think it takes a minute for folks to adjust. But that's just me guessing. It's an age old question that can be applied to any art form– visual art, music... a lot of super talented, subtly influential people remain in the background, struggling for recognition, and that sucks.

How does it feel to become A USA TODAY HEA Blog Must-Read Author and a two-time RONE Award nominee?

Have you ever thought of collaborating and writing something with another author? If so, who would you want to work with?

I've actually collaborated with three other talented authors– Lily Java, Rae Lamar and Nia Forrester on a compilation called Because My Heart Said So.

What are some websites/resources that have been helpful to you as a writer?

I'm not big into writing books, tips, etc. but I love, love, love Stephen King's On Writing. I also liked Dear Writer, You Need to Quit by Becca Syme because it's not writing advice or tips, but instead looks at what kind of personality you have, or character traits you possess to help you determine what type of writer you really are, and just feel better about your personal writing process instead of constantly comparing yourself to other and feeling like a failure when you don't do things the same way x, y, z does it.

What are your thoughts on social media for marketing or promotions? Are you enjoying your experience with AllAuthor so far? Would you recommend this platform to your author friends?

I think social media can obviously be a great marketing tool, especially for indie authors. That's how the bulk of my readership has found me, I'm pretty sure. My experience with AllAuthor has been pleasant and I'd likely recommend to friends depending on what their specific needs, desires were.

Have brimming questions to ask author JACINTA HOWARD? Ask the author whatever you like, but keep in the appropriate zone.
** Please note, unanswered questions will not appear on the page and refrain from posting promotional messages.

The author, a good book and you. Contact JACINTA HOWARD here.
** No Spamming: Spam is an irritant to regular users or the authors. Please note that bombarding promotional mails/messages is strictly prohibited. Your IP address may be blocked if found doing so.