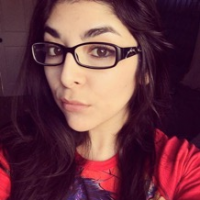 Janie Marie is a native Texan and resides in her hometown north of Austin, Texas, where she devotes her time to family, pets, and her writing.

Much of her life experiences--good and a lot of bad--are where she has chosen to draw inspiration from to create her characters and stories. It's important to her to create the kind of characters she needs or needed at one point in time because she wanted to create something only the saddest souls would recognize as brave and strong.

Be ready for raw, emotional tales, as Janie never holds back. With her darkest thoughts she found light is still possible, that the sad girl can sometimes glow the brightest. Because she is beauty surrounded by darkness. 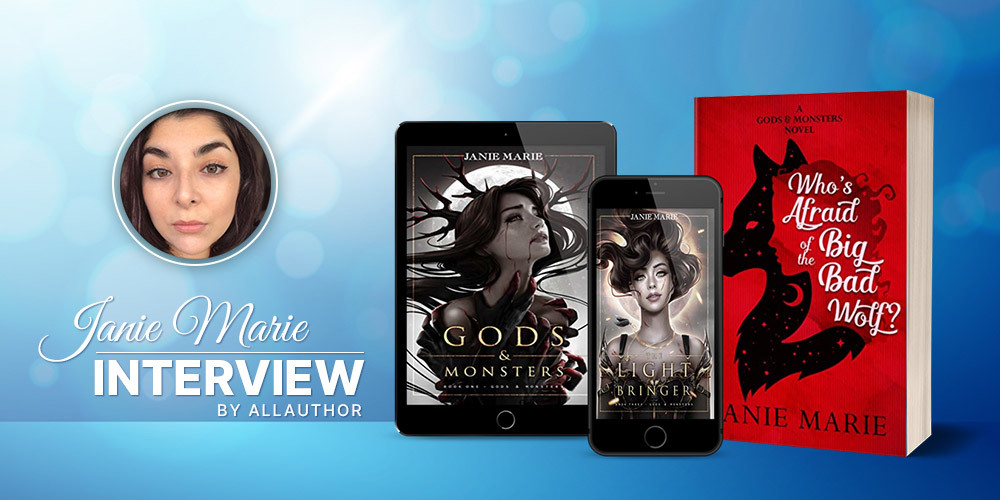 "Janie Marie is an amazing and talented writer. Janie has this way of captivating you with her stories. She draws inspiration for her stories and characters from her personal life. She resides in her hometown north of Austin, Texas, where she devotes her time to family, pets, and her writing."
Since how long have you been residing in your hometown north of Austin, Texas?

How many pets do you own? Have you ever rescued any?

All are rescued. Three came from the city animal shelter where I used to work as an animal vet tech.

From where do you often draw inspiration for your characters and stories?

I draw inspiration from my personal life. Writing was first a method of grieving the loss of my best friend. She loved fantasy as much as I did, and she wanted me to share my life. So, I did with a dash of magic that she would've loved.

What inspired you to write the first book, Gods & Monsters, of the trilogy?

As I said above, I was grieving the death of my best friend. She'd lost her battle to cervical cancer, and the day she found out she was not going to make it, I revealed hidden truths about myself becauseÂ I wanted her to KNOW me. She urged me to share my story because she said it would help others. I didn't care at the time, but as the year passed after her, I struggled. I read the Twilight Saga, which she'd been a fan of. It got my mind on vampires. But it ended up being a dream about my husband stumbling back and grabbing a hatchet, afraid of me. And he said, "Your eyes." My eyes were filling with red. That dream and Tifani'sÂ (My best friend) urging to share myself, and the current struggles I had led to me daydreaming for about two weeks about the idea that if the world was under threat of zombies, what if it was the monsters who saved us?

The Light Bringer is the final book in the Gods and Monsters trilogy. What challenges did you face while writing this book?

I always knew where the story would go. I wrote the ending (rough draft)when I finished the first book, actually. What I struggled with was trying to write what society expects instead of what my heart and what the characters knew was true. So, it took a while. I wrote while my father fought cancer, while I was pregnant with my third child, and I rewrote it as I battled my own medical problems, even surgery, blood clots, blood loss, and blood trasnfusions. The day I finished, I'd wound up in the hospital and eventually needed blood. I felt the universe was laughing at me because I was a vampire like Jane.

How did you begin writing the Bizarro Universe Books series?

Only recently did I become serious about them. But I've written several first drafts since finishing the G&M trilogy. The characters were not done with me, and I needed to let them out. I hope to let them take over more in the future.

After Death, which character has made it to your phone's wallpaper?

What has been the most tiring thing about publishing a novel?

It's a tie between editing and marketing. I wish I could just toss it to someone else, but I know I'd only be happy with having control. Still, it's stressful.

Who's your favorite character in the book, Jane's Team?

Ryder. He completely consumed me for that one. I had to "remind" him constantly that it was a reverse harem, and the others needed page time. But he's always my favorite.

What do you and your daughter love the most about one of your characters, Death?

I have two daughters. The eldest used to dress up as the Grim Reaper for me when she was younger. She wanted to support me with inspiration. Lol. My little one, Evangeline, she begs me to see him. That's not an easy conversation, but she adores him. She used to see inspiration pictures lying around all the time, and she'd call the men "Daddy". So, yeah, my girls are as silly as me.

How often does your husband read the first copy of your books?

My husband read the first draft of the trilogy. Every chapter passed his eyes before anyone else. He was totally Team David. Since then, he's stepped away because he wants me to feel free to not hold back. I still hope he'll read the published versions to see what they became, but I won't push him. He's the biggest supporter in my corner, and that's all that matters.

What has been your most rewarding experience of being an author?

Hearing from complete strangers around the globe that my writing was their companion, or even light, in dark times for them. It's incredible.

Do you read your book reviews?

I typically avoid Goodreads, but I read the Amazon reviews. What was the first review you got for any of your books? Author Ashley Claudy posted a review before anyone. She's my closest friend, even if we're in different parts of the country, but she helped me get there. And she was the first to sing praise for G&M. She's Team David, too.

I'm working on 2 separate projects. The primary project is a time travel novella for Gods & Monsters. It's been glimpsed by alpha readers, and they're excited to see Jane and her men. It's several years afterÂ The Light Brigner, and she'll be traveling back to the 5th century. She'll be meeting 26-year- old David before he was turned into an immortal. The second project is a completely new series, a contemporary, dark romance.

How has been your experience of working with AllAuthor?

I've enjoyed it quite a bit. That marketing stress I talked about really eased up with knowing AllAuthor was behind me.

Have brimming questions to ask author Janie Marie? Ask the author whatever you like, but keep in the appropriate zone.
** Please note, unanswered questions will not appear on the page and refrain from posting promotional messages.

The author, a good book and you. Contact Janie Marie here.
** No Spamming: Spam is an irritant to regular users or the authors. Please note that bombarding promotional mails/messages is strictly prohibited. Your IP address may be blocked if found doing so.