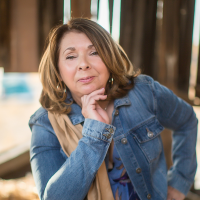 Jennae Vale is a best selling author of romance with a touch of magic. As a history buff from an early age, Jennae often found herself day-dreaming in history class - wondering what it would be like to live in the places and time periods she was learning about. Writing time travel romance has given her an opportunity to take those daydreams and turn them into stories to share with readers everywhere.
Originally from the Boston area, Jennae now lives in the San Francisco Bay area, where some of her characters also reside. When Jennae isn’t writing, she enjoys spending time with her family and her pets, and daydreaming, of course. 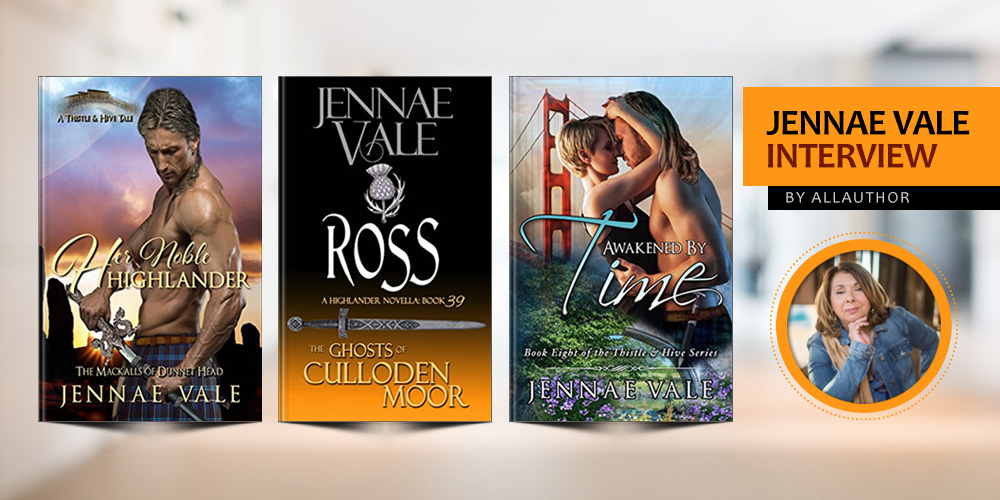 "Author Jennae Vale grew up outside of Boston, Massachusetts to a large immigrant Irish and Italian family. Both sets of grandparents were immigrants who raised large families. Being exposed to storytellers from a very early age inspired her to both read and write. Jennae went to a Catholic school all through high school where history was always her favourite subject and was particularly inspired to write by her teacher, Sister Marilyn. The first book she ever published as an indie author was A Bridge Through Time. Jennae's brain is always formulating new stories and says that book 8 in the Thistle & Hive series will be out in a few weeks."
Could you tell us a little bit about your background and upbringing? What is one memory from your childhood that really stands out to you?

I grew up outside of Boston, Massachusetts to a large Irish and Italian family. Both sets of grandparents were immigrants who raised large families. I had many aunts, uncles and cousins, which made family gatherings crowded and lots of fun. The uncles would secretly hand us dollar bills. We, of course, were thrilled to receive the money and to share a secret from our mothers. Tall tales were always told around the kitchen table and it was left to us kids to decide whether they were true or not. I think that being exposed to storytellers from a very early age inspired me to both read and write. I was the youngest child in my family by fifteen years, so I spent a good deal of time on my own. I would take those opportunities to find a quiet spot on the back stairs for some uninterrupted reading.

Did you like writing as a child? If so, what kind of stories/poems did you like to write? If not, what is that changed your mind about literature and books?

I always loved to write. I went to Catholic school all the way through high school and if there was one thing the nuns taught us, it was how to write. My creative writing teacher in high school was Sister Marilyn. She really inspired me to write stories that pushed me out of my comfort zone. One in particular stands out. I chose to write a story about a ghost named Frank. He lived in our hall closet. Not really, of course, but my older brother liked to scare me at night when I walked by that particular closet. He thought it was very funny to see me running past it, completely terrified that Frank was going to get me. Anyway, I took Frank and made him the central character in my story about a great strike held by all of the ghosts in the late 1800s. I wish I had a copy of it today. I’d love to read it. Another favorite was the story of a little boy who lived in a future time where all education was done on tv. He wasn’t a very good student, preferring to go off and play instead of learning, but his dog paid attention and he became a brilliant scholar.

The first book I ever published as an indie author was A Bridge Through Time - Book 1 of The Thistle & Hive Series. I remember signing a copy at RT in Dallas, my very first conference. I was beyond excited that someone wanted me to sign their book. I don’t remember who it was or what I wrote, but it really made my day complete.

What is it about History that you find especially fascinating? If you could have dinner with one historical figure, who would it be and why?

When did you start writing the Thistle & Hive series? Is the series over or do you plan on adding more books to it? If so, could you tell us a little bit about your ideas for the next book?

I started writing The Thistle & Hive Series in 2014. There are currently seven books and book eight will be out in a few weeks. Awakened By Time will be about Hamish MacBeown and Elle Carrera. Hamish is a character from previous books and Elle is someone new who time travels back to sixteenth century Scotland because Edna Campbell has a plan for her.

What inspired you to use the idea of doppelgangers in book 3 of the Thistle & Hive series "Separated By Time"? What would you do if you ever met the evil version of yourself?

When I was plotting out Book Three - Separated By Time - I wanted to have an evil witch be accepted into the Mackenzie clan. The only way I could think to do that was if they thought she was someone they thought was a good witch. This worked because Dylan met and was smitten with Maggie (the good witch) from the future. He knows something’s not right, but thinks he may just have been mistaken about Maggie and that she’s not the girl he thought she was.

Of all the books in the Thistle & Hive series, which books were the hardest and easiest to write? How long did it take you, on average, to write each book?

That’s a great question. They all have their moment of being hard to write. It’s usually in the middle of the book. I haven’t found anyone in particular that I would say was the hardest. The easiest is usually whichever book I’m working on at the time.

How did you get the unique idea for A Highlander In Vegas? Was it difficult tying together the idea of a time travelling highlander and the very modern and 'out-there' life of Las Vegas?

A Highander In Vegas was one of those stories that just wouldn’t leave me alone. Every time I went to Las Vegas I wondered what a person from the past might think if they suddenly found themselves on Las Vegas Blvd. It snowballed from there. My love of all things Scottish led to my creating a Scottish themed hotel on the strip. I really think they need one! And who doesn’t love a kilted Scottish Highlander? The fun of it all was in imagining how he would react to things like elevators, all those neon lights and the heat.

When you're not writing or reading, what are some other things you like to do for fun?

I love to quilt. I always try to get one started when I send my book off to the editor. I can usually get a lot done during that time and then I finish it after the book has been released.

As a writer, you pretty much do what you love for a living. But does the fact that writing is your career drain some of the joy from it? Or does it just motivate you even more?

I love writing. I don’t think there’s anything that could dampen my enthusiasm for creating stories about people and places that are calling for a story.

Which of your family members have inspired a character (or characters) in your books?

Probably all of them. I take little bits and pieces from here and there to create my characters. I wouldn’t say that any of them are truly representative of any one particular family member or friend. I also create characters based on inspiration that hits me when I meet someone knew or I overhear a conversation while I’m out and about.

Are you ever afraid that one day you'll run out of book and plot ideas? What are some things that inspire you and get your creative juices flowing?

I really don’t ever think about that. There are so many stories to tell and I get inspiration from many different sources. Something in the news, a conversation at the local coffee shop, etc. Anything can trigger my brain to start formulating a story.

Have brimming questions to ask author Jennae Vale? Ask the author whatever you like, but keep in the appropriate zone.
** Please note, unanswered questions will not appear on the page and refrain from posting promotional messages.

The author, a good book and you! Contact Jennae Vale here.
** Please refrain from spamming and don't bombard the author with promotional mails/messages. Your IP/Email address may be blocked if found doing so.