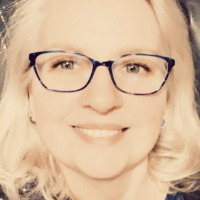 Jennifer Rose author of The Pulse Series, in essence, eats, sleeps and breaths romance. Addicted to writing and reading romance novels, it's hard to find her doing much else at her home in Ontario, Canada. She has a soft spot for Boston, Massachusetts and Paris, France and finds inspiration from each for her story telling. She vows one day to climb to the top of the Eiffel Tower and share a kiss with a stranger, as well as spending a day in Boston Common in the spring time. Unashamedly, she enjoys the small things in life, like a glass of cheap wine and an assortment of fine chocolates...and romance. 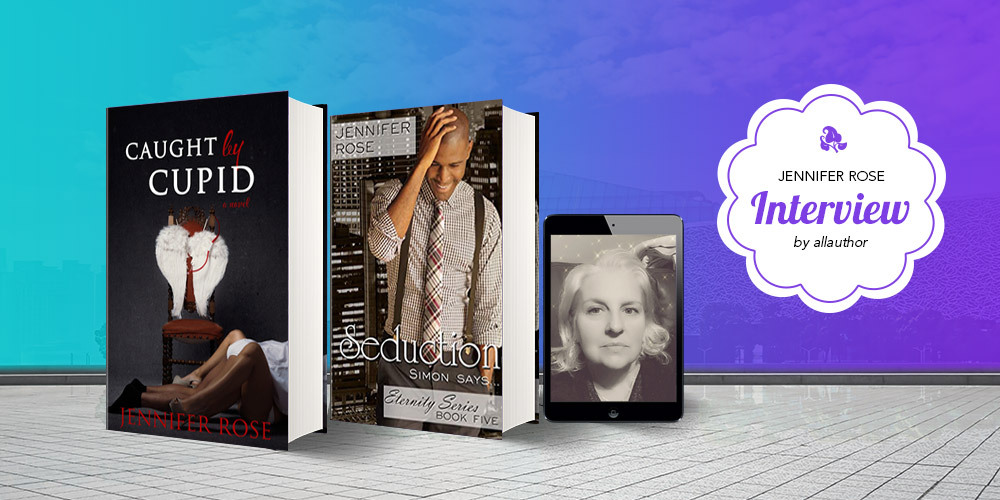 "Jennifer Rose author of The Pulse Series, in essence, eats, sleep and breaths romance. For a few years, she was proof-reader for a local author who wrote sci-fi romance and erotica. She works evenings as an office clerk/manager, so that leaves her days free for writing. The character Dyson came to her while watching an HBO series. Her family lived in a turn of the century house that had been split into apartments. Addicted to writing and reading romance novels, it's hard to find her doing much else at her home in Ontario, Canada."
What is your most vivid memory of the home where you grew up? Who did you most admire as a child?

My family lived in a turn of the century house that had been split into apartments. There was this super cool non-working fireplace in the living room when we moved in and I remember asking my mom how Santa was going to get down the chimney that year. I worried so much that he wouldn’t be able to get in that I unlocked the front door on Christmas eve. But that wasn’t good enough for me, I opened it wide and blocked it from closing with the ottoman. Needless to say, when morning came, I was in big trouble…for the 5-foot drift of snow in the living room. BTW, Santa got in okay after all.

I suppose you could say my dad was my hero, in my eyes he could do anything. I followed him around everywhere, he taught me to use tools and fix things. He said it was important to do things for myself and I still do. I guess I admired him most for teaching me empathy and kindness, to accept the ordinary and embrace the differences in people.

What inspired you to start writing? Have you always wanted to be a writer?

For a few years I was proof-reader for a local author, she wrote sci-fi romance and erotica. She would ask for suggestions and we would talk about storylines and plot twist etcetera. Then one day she asked me to write down an idea I had for a love story. I did it without thinking and a few weeks later received a letter from an editor. He told me I was wasting my time proof-reading, that I should be writing…and that’s where it all began. BTW, that was the beginning of ‘If Not For You’.

Apart from eating, sleeping and breathing romance, what else can we find you doing during your free time?

Well, I work evenings as an office clerk/manager, so that leaves my days free for writing. I also love to knit, crochet, design dollhouses and miniature furniture and of course there’s nothing like spending quality time with my grandbaby and family.

Why do you have a soft spot for Boston, Massachusetts and Paris, France? If you get to spend a day in Boston Common in the spring time, what would you do?

It all comes down to romance. To me personally, Boston and Paris are the ultimate romantic getaways, places where you fall in love, make memories and share yourself with the one you love. If ever I’m lucky enough to spent time in Boston Common and I was alone, I’d spend the day under a tree watching lovers walking hand in hand, sharing stolen kisses and I’d write their story. And if that someone special was with me, we would picnic in the park, walk barefoot in the grass and share a glass of wine while people watching.

Normally I don’t have a problem with writing explicit content. What I have trouble with from time to time is making sure all the parts fit, if you know what I mean. Hands where they should be, keeping track of them on their quest and making certain the character doesn’t morph into an out of control octopus. Body parts can get out of control easily, the next thing you know a character can have 3 feet and suddenly he/she is upside down or hanging from the ceiling and you’re baffled just how they got there. When all else fails, break out the wine.

How did you come up with the story of "Caught by Cupid?" Tell us about the process for coming up with the cover.

Actually, my cover designer was bored one afternoon and playing with ideas, she wanted my opinion and sent me a copy of the cover. Immediately the story came to me. I saw the characters in my head, knew their names and was plotting the story within an hour. It was one of my favourite books to write.

Set in a nightclub, Landon's Desire tells the story of Landon and Carl. Why did you choose this as the setting for your book?

A good friend came back from vacation talking about this fabulous nightclub he and his boyfriend had gone to several times. His description and photos piqued my interest, I started researching Pulse nightclub and that was when the ‘Pulse Series’ began. I just so happened to turn the third book in the series into a gay romance for my friend who begged me to take the chance, convincing me that it would be the best move for my career. I love writing all romance, gay romance simply opened up a few more doors. I’ve never looked back. BTW, Landon and Carl are my all time favorite couple and may be featured in a future book.

Irrefutable is a fun story with angst thrown into the budding romance between a photographer and a pilot. How do you decide the careers of your characters? How much do you have to research for it?

The character Tag needed a career that sent him jetting all over the world, a professional photographer seemed to fit best. It didn’t hurt at all that he was constantly surrounded by high-fashion models in exotic locations, it made his character pop and fed him perfectly into the playboy lifestyle. Fletcher being a rescue pilot was the perfect way to introduce the coupling. Both wanted less stress in their lives, to be grounded and have the careers that made them happiest. I did a massive amount of research for this book. Happily, a very dear friend is a real-life rescue helicopter pilot, we spent hours talking about his job, what was involved, how much stress he was under on a daily basis, as well as the frustration of being away from family for weeks and months at a time. As far as photography research went, I have a friend who does that too, she was a wealth of information regarding a photographer’s dream of owning their own studio.

What were the key challenges you faced when writing the "Eternity" series? Do you find it more challenging to write the first book in a series or to write the subsequent novels?

There are many characters in this series, giving them their own personalities and keeping those straight is a huge challenge. Some come with attitude, others are quieter who need to be heard but need to remain unobtrusive. Some soften up throughout the series, though must maintain who they originally were. It’s all very complicated, but fun. The first book seems to almost write itself, and it’s funny, with me, I tend to plot out the last book in the series while working through the other books. Strange but it works for me.

If you had to describe the character, Mikala Santino in three words, what would those three words be?

How did you come up with the idea of making "Visions in the Dark" the back story of Harley from Unobtainable? How was your experience of working with your illustrator, Karrie Jax?

Visions was written for my fans. I had many fans contact me, asking questions about Harley Cooper’s past, what made him tick and why he was the way he way. They were in love with this character and it was only fitting that I tell his story, from his childhood to the loving, special man he grew up to be.

Who inspired the character of Dyson Michaels? Would you share a glass of cheap wine and an assortment of fine chocolates with him?

The character Dyson came to me while watching an HBO series. I knew the character was going to be gay, though hiding the fact from family and friends, and very much on the nerdy side. With heavy black rimmed glasses and a CPA, he reeked total nerd. I would most definitely share cheap wine and chocolates with Dyson Michaels.

If you could take one person to climb to the top of the Eiffel Tower along with you, who would it be?

Is there anything you would like to say to your readers and fans? When can they expect a new book?

Without you, my fans, it just wouldn’t be the same. You inspire me to write, to improve my writing skills and focus on writing the best stories I can. I love you all and hold you dear in my heart with every word on the page. What’s coming next? “Manny” “Naughty Girl” & “Death Once Cheated” Yes, I do write 3 books at one time lol.

When were you first introduced to AllAuthor and how? What were your expectations coming in and did the website manage to meet them?

A few years back I heard about AllAuthor and nosed around the website, I was impressed with what was offered to authors and decided it was for me. I don’t always have time to promote my books, some days it’s impossible to give a tweet even. With AllAuthor I don’t worry because I know the tweets will come and many people will see and share.

Have brimming questions to ask author Jennifer Rose? Ask the author whatever you like, but keep in the appropriate zone.
** Please note, unanswered questions will not appear on the page and refrain from posting promotional messages.

The author, a good book and you. Contact Jennifer Rose here.
** No Spamming: Spam is an irritant to regular users or the authors. Please note that bombarding promotional mails/messages is strictly prohibited. Your IP address may be blocked if found doing so.