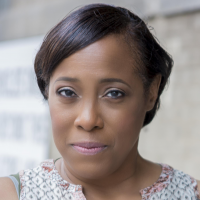 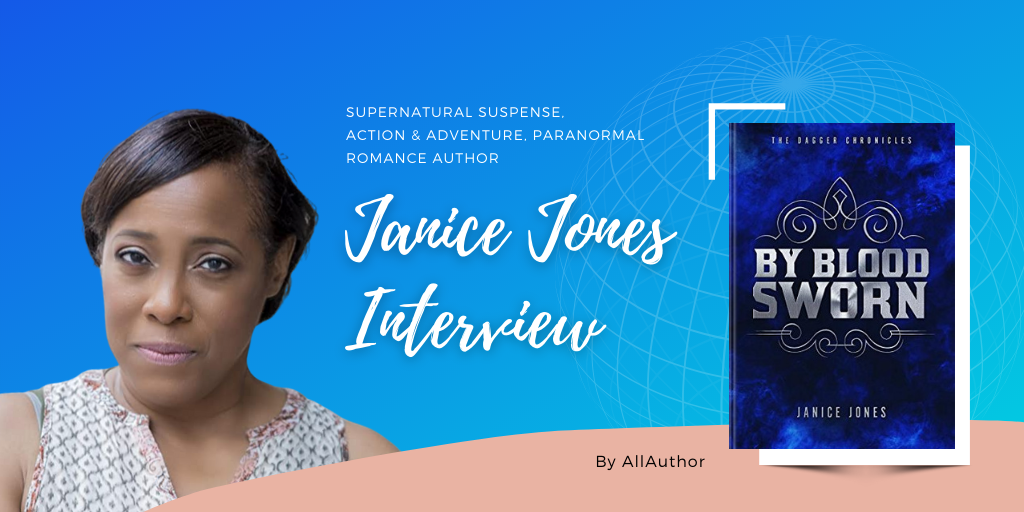 "Janice Jones grew up in a working-class neighborhood. The author has earned a Master's in Creative Writing from Southern New Hampshire University. The very first story she ever wrote was when she was 15 years old. Her first book, In Her Blood, is a fast-paced work with a complicated, unpredictable protagonist. For author and champion introvert, Janice Jones, the perfect way to communicate is writing."
Where have you spent most of your childhood?

I’ve spent my entire life in Texas. I grew up in a working-class neighborhood. Everybody knew everybody; looked out for each other. It was actually a very cool way to grow up.

The very first story I ever wrote was when I was 15 years old. It was about a group of teenage spies. It really was just for me. I don’t think anyone ever read it.

What are some important aspects to consider while writing a vampire story?

I think the most important thing to consider with any vampire story is the legend started by Stoker. Dracula and the mythos behind it really was brilliant for the time. The idea of living forever and how lonely that could be was very intriguing to me when creating the vampires that inhabit The Dagger Chronicles. Although they will live hundreds/thousands of years longer than the humans in the world, they are not ‘immortal’ in the sense that they can’t die. Or, don’t want to at some point.

In order for me to write, I usually have some sort of music playing or something on the television I can ignore. Jazz is my favorite, but anything instrumental will do. Depends on what I’m working on.

How long did it take to write the first book in The Dagger Chronicles series?

It took about three years for me to write the first draft. I polished and rewrote for another two years because I was getting rejections, like crazy. Then I decided to go back to school and get my Masters in Creative Writing. About six months after graduation, I got an offer from a small press in Idaho; Amberjack Publishing.

While writing the series, The Dagger Chronicles starring basically the same characters in the same universe, do you write them concurrently or sequentially?

Writing my characters is really organic. I write them as they ‘speak’ to me; if that makes any sense. I usually start with a situation or location and imagine which character would inhibit the space. The dialogue just sort flows from there.

How do you write a satisfying end to the first book, In Her Blood, in "The Dagger Chronicles" series?

The ending of the first book was a sort of cliffhanger. Since this is a series, I wanted to give the reader the feeling of following Alex and her team through the paces of hunting our villain and not feeling like they missed anything.

Who inspired the character of Alex Stone in The Dagger Chronicles series?

Alex Stone is a combination of Buffy the Vampire Slayer and Bruce Wayne. I was a big Buffy fan and of course, who doesn’t want to a billionaire. I liken her to Bruce Wayne because I wanted her to be able to move through the world without restrictions. I wanted her to be independent like Buffy, but in more control of her fate like Bruce (sometimes).

Writing the first book didn’t feel tough to me because I started it just for myself. It didn’t really matter how outrageous it got; I was just entertaining myself. The second and third ones were a little harder because once I was published, it scared me that now people were into the story and they have expectations for the characters and the world.

Is the "Lovecraft Country, Season 1" web or TV series worth a watch?

I would say Lovecraft Country is worth the watch if 1) You’re into horror, 2) You have a sense of the history of this country in relation to people of color in that timeframe, 3) You like gore and 4) You are looking for a wild ride. Lovecraft is well written, well-acted and has some twists and turns that shocked me. I love the interaction between the characters and their environment. I love that the main female character is not a damsel in distress, but saves the male characters more than once during their adventures. It’s hard to do horror and fantasy any justice, but Lovecraft has the right combination of history, magic and compelling storytelling to make it one to watch right now.

As an author, what advice would you give a writer who’s attempting to write their first book?

My advice to any writer working on their first book is to not play by the rules if you don’t want to. Listen to your characters and your gut. Tell the story you want to tell and be honest. Be adventurous and brave. Have fun and most of all, take your time and do it justice.

What challenges do technical writers face on a daily basis?

As a Technical Writer, my biggest challenge is keeping the work interesting. Sometimes, its tedious and repetitious. If you’re not used to structure, this is probably not the profession for you. I don’t always create content and when I do, it’s not like writing fiction. There’s a different structure to technical writing.

Why is the youth today more fascinated by vampire stories over reality?

The idea of living and being young forever is appealing. Being strong and practically invincible will always be a troupe that young readers can embrace. All the characters look like them. There’s a reason these stories are still popular. These stories are built around the situations young people are going through. They can relate to the characters. This society still values youth over experience, but my hope is my story, even with some the vampires being young looking, has put a spin on that premise.

What creative writing are you working on right now, and if you plan on publishing it, through what avenue do you hope to do so?

I’m working on book 3 of The Dagger Chronicles series which will end the saga. Since I’m with a traditional publisher, I have to wait for them to tell me when I’m moving to the next stage in the process. I’m also working on a pilot screenplay for the series and a couple of projects as well. I hope to publish the new projects traditionally, if I can.

I’ve promoted the book in various ways since they were published. Since I’m with a traditional publisher, the series is on Amazon, Barnes and Noble and several independent booksellers. I’ve also advertised on the Black Girl Nerds Podcast, Goodreads, social media and was interviewed by a podcast in the U.K. called Let’s Talk About It Friday: The Right Buzz back in June. AllAuthors is reaching a wider audience and giving me a lot more exposure than just social media. I’m very happy with AllAuthors.

Have brimming questions to ask author Janice Jones? Ask whatever you like, but keep it appropriate.
** Please note that unanswered questions will not appear on the page. Refrain from posting promotional messages.

The author, a good book and you! Contact Janice Jones here.
** Please refrain from spamming and don’t bombard the author with promotional mails/messages. Your IP/Email address may be blocked if found doing so.