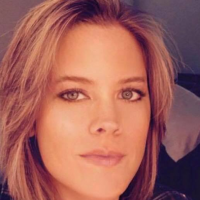 I love being captivated by books that lead me into different, exotic places, and through impossible scenarios. I love being able to become someone else for a time. Reading has always inspired me to bring my own characters out to play. My hope is that my writing will inspire others, or at the least, give them a way to escape from everyday life for a little while. 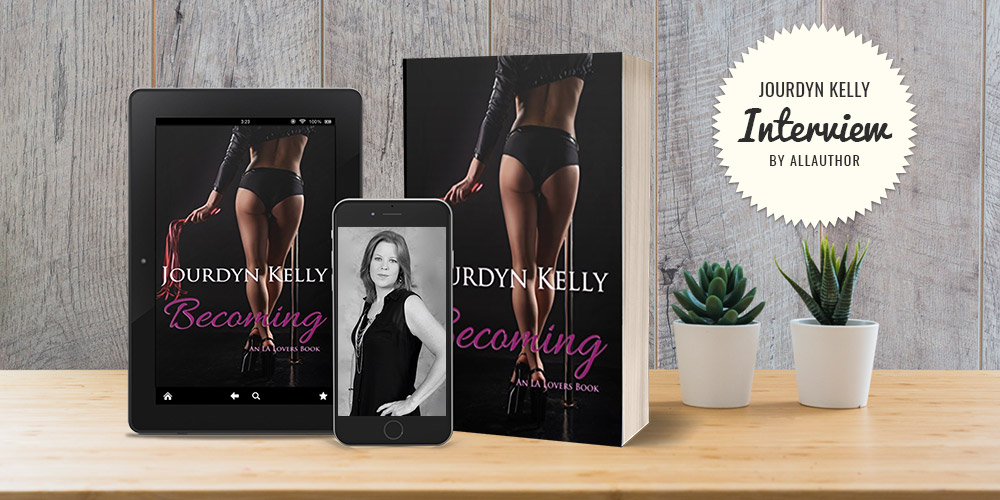 "The most influential person in Jourdyn Kelly's life has always been her mom. She loves being captivated by books that lead her into different, exotic places, and through impossible scenarios. It wasn't until she was 27 that she actually felt she could actually write a novel.
According to her, the hardest part of being a writer is the discipline. Literary success, to her, is making readers happy. Her hope is that her writing will inspire others, or at the least, give them a way to escape from everyday life for a little while."

Who was the most influential person to you growing up? Did you always want to be a writer?

The most influential person in my life has always been my mom. She used to read romance novels all the time, and I would borrow them when she was done. As for always wanting to be a writer, I can't remember a time when I wasn't allowing my imagination to run wild. I wrote stories and lyrics when I was younger. It wasn't until I was 27 that I actually felt I could actually write a novel.

How training for triathlons provides you with a good motivation? What inspired you to do it for charity?

Training for triathlons gives me time to be alone, be outside, and just let my mind run as wild as it wants. I can't write if I'm forcing myself to. If I'm doing something else, it allows me to stop trying so hard and let it come naturally. My mom inspired me to do triathlons for charity. She has Alzheimer's and I would do anything to help cure that disease. Even run.

Where and when did you get the idea for "Coming Out: An LA Lovers Book"? Why LGBT? And how did you come up with the mix of the bits of mystery, suspense, and intrigue surrounding the lovers?

I had the idea for Coming Out while writing Coming Home. I wanted to write something that was in my heart. I am able to write different genres, but I prefer LGBT because we don't always have the same exposure or same options when it comes to books, movies, or TV. I wanted to give strong women a voice whether it be in my hetero books or LGBT. But mostly, I wanted to give the LGBT community more options. Putting mystery, suspense, and intrigue is just life...embellished a little.

As a romance novelist, what are some ways you think are the best ways to show love to somebody?

I think simple things are the most romantic. Listening, talking, cuddling, just being together. Of course, grand gestures are great, but only if they reflect your relationship or something your partner loves. Be attentive and really get to know the one you love.

Have you read anything that made you think differently about fiction?

I think this question can be interpreted in different ways. I'll say that there are certain books where I can't believe how weak the woman is. Or how she allows anyone to treat her badly just because they're "hot." It definitely made me want to write stronger women. Women like my mom. I'm reminded of stories of my mom and how she never backed down in a relationship. That's the woman I strive to be and the woman I like to write.

Having been a little intimidated by the whole process, I ended up editing a lot out of my first book that I didn't particularly want to edit out. Eventually, I realized that I'm the author. It is essentially up to me what stays and goes in a book. I've also learned that I can't follow the "rules." I have a very particular way of writing and I have to do what works for me.

How do you balance making demands on the reader with taking care of the reader?

I give disclaimers if I think my book may be a little too intense for readers. But that's also how I balance it. I don't hold back, but I give them the option of reading or not reading with that information. I, of course, never write to hurt anyone. Life is not always rainbows and unicorns and my books sometimes reflect that. I hope that readers will be willing to take the roller coaster ride.

What inspired the plot of "Destined to Love"? What was the hardest part about writing this book, if there were any?

The Destined Series was inspired by a dream. Anala was the one in my dream and I just felt like I had to get that story out. The hardest part was keeping it pretty PG since it's a young adult series. Also, I'm far from being a young adult anymore. Getting my mindset into that age wasn't the easiest thing. Though, Anala is centuries old, so I could get behind that.

How do you come up with the titles to your books? What is the significance of the title, "Flawed Perfection"?

Often times, the title comes before anything else except the concept. There's no real process, it just comes to me. For Flawed Perfection, I feel that's how my character Eve feels. She only sees the flaws she has while everyone else only sees the perfection. She's both and I wanted the title of that book to reflect that.

What is the hardest part about being a writer? If you could tell your younger writing self anything, what would it be?

The hardest part of being a writer is the discipline. And there are moments when you have a great idea at a time when you can't write. By the time you get to a point you CAN write, that idea is lost. I suppose I would tell my younger self to stop procrastinating. Start writing earlier and more often. And, most importantly, don't be afraid to write what you want to write.

What’s the most difficult thing about writing characters from the opposite sex? If you were Eve Sumptor (Something About Eve), do you think you would've made the same choices she did?

Hmm, I think the most difficult thing is to not fall into personal feelings or stereotypes. But, as a writer, I observe a lot when I'm out and about. I try to be true to what the opposite sex is like while adding a bit of my own ideas. As for Eve's decision, I think she made the only decision she could thinking it was best for everyone. I'm not sure I would have had the strength to do that myself.

Literary success, to me, is making readers happy. Having people fall in love with my characters and my books is an amazing feeling. Seeing the impact my writing has on others is almost surreal.

I do read my reviews. I take them all with a grain of salt. Or at least I'd like to think I do. I use them as gauges on what people like and don't like. I will never compromise my writing, but I will take what people say into consideration.

Are you working on anything at the present you would like to share with your readers about? Do you have any new series planned?

I am working on the next Eve Sumptor book. This is what I mean by taking what people say into consideration. Eve and Lainey are the characters I get most feedback for. Readers wanted more. Readers didn't think the story was done. The more I thought about it, I didn't either. Obviously, I thought there was more to say since I did the online therapy sessions and now the book. I'm sharing a little with my "secret society" and hearing their enthusiasm helps me along and keeps me excited about getting the book done. As far as series, after Eve, I will continue my LA Lovers series which Eve is also in since all of my characters connect in some way.

Have brimming questions to ask author Jourdyn Kelly? Ask the author whatever you like, but keep in the appropriate zone.
** Please note, unanswered questions will not appear on the page and refrain from posting promotional messages.

The author, a good book and you. Contact Jourdyn Kelly here.
** No Spamming: Spam is an irritant to regular users or the authors. Please note that bombarding promotional mails/messages is strictly prohibited. Your IP address may be blocked if found doing so.