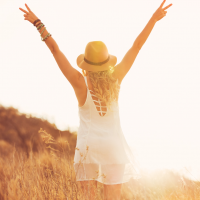 ☕Runs on coffee, chocolate, and Oreos.
Loves her book boyfriends with tattoos, muscles, beards, and a little dirty. 😉 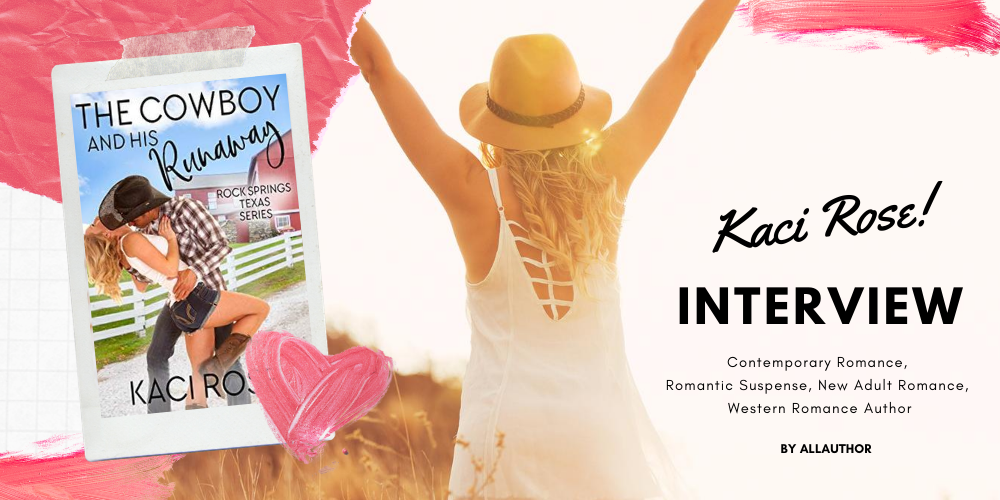 "Romance author, Kaci Rose was born in Southwest Florida and lived there until she was 18. She loves writing romance books and has been jotting down plot ideas since she was in high school. She is always up for an adventure. She can look at any moment in life and see the story there. Her stories are well written and have characters that are created with tantalizing depth and a captivating story line."
Where were you born? What childhood memories do you cherish the most?

I was born in Southwest Florida and lived there until I was 18. I loved traveling in the summer with my grandparents. We'd travel all the way up the East Coast and hit historical landmarks. It's because of them I have such a love for travel.

How were you first introduced to writing?

In Elementary school, I was always told I had such a great imagination. In Middle school, we were asked to write a short story in English class and I wrote one on a magic Wishing Well. The teacher was raving about the story for weeks and it was the first time I thought there might be something. By High School, I was jotting down ideas, and plots but never thought I'd ever be a published author.

What other things do you enjoy doing in your free time apart from writing?

I love to travel when I can and explore close to home with my family. I love to read and hang out with friends and family. But my favorite thing is to just escape all things technology and sit with a mountain view and take in nature.

What was the first story you ever wrote and did you ever publish it?

I guess it was that Wishing Well story from Middle school and no it was never published. After high school, I would experiment with different ideas and I have a bunch of half-written story ideas now.

What does reading, writing, and literature, in general, mean to you?

Freedom. On a hard day, you can escape into a book and go anywhere and be anything without even leaving your house.

How did you begin writing the "Rock Springs Texas" series?

The whole idea came to me about 10 years ago and at first, it was just Sage and Colt's story (from book 2, The Cowboy and His Best Friend) I played with the storyline in my head for years on and an off and it slowly expanded into the first 5 books. When the readers loved it I knew I had to expand it.

What do you love the most about Ella and Jason from "The Cowboy and His Sweetheart"?

I still can't say Ella and Jason's names without smiling. They are such polar opposites. She is the sweet and soft to his hard and rough. I think the dream is to find a guy like Jason who respects you enough to follow the dating rules you set up no matter how crazy.

What inspired the story of "Texting Titan: A College Football Romance"?

I went through a phase where I read football romances like crazy, as many as I could get my hands on. The idea started to spout as I was reading so I wrote it down and forgot about it until a year later when I was looking through my story idea notes. It called out to me and it was like the story told it's self.

What challenges did you face to set the story, "Stay With Me Now" in the year is 1957?

It was kind of easy to picture Ivy going back to the 1950s but bringing David to the 21st century was a bit harder trying to picture how he would take things in. I did have to stop and research so much. How they spoke, words they used, how they viewed things in the 1950s.

Who is your favorite couples from Rock Springs?

It's like saying which is your favorite kid but I'd have to say Sage and Colt. The reason being they were the couple that started it all for me and the ones I spent the most time with.

Who inspired the character of Avery in "Texting Titan: A Second Chance, College Football Romance"?

It was Emma Rigby's Character in the movie Hollywood Dirt. When I saw the movie I was like "That's Avery!" I was able to mold her from there.

What is some common marketing traps a lot of new authors fall into? Any advice on how to avoid them?

The one I fell into is that you have to do everything and it can get overwhelming really fast. I was doing newsletter swaps, social media, ads, groups and still trying to write. Pick one or two things and master them before adding more to your plate. Do the 20% of work that leads to 80% of the profits.

Every art form is open to various interpretations and reviews. How do you handle any negative reviews that come your way?

I generally don't read them much. My first book got a few bad reviews due to editing and it told me I needed a new editor so I was able to make that switch. Other bad reviews are more on the storyline or they didn't like a certain character, I just remind myself they aren't my readers.

So I stopped and pulled out my spreadsheet of plot ideas and counted. I currently have 228 story ideas mostly contemporary romance, a few historical romance ideas, and a few paranormal romance ideas. Some ideas I'm sure will never see the light of day. As for one of them, I can say I have a twist on the military romance series slotted to come out in 2021.

I've really enjoyed it. There are many tools to help with social posts that I can't find elsewhere.

Kaci Rose is a thinker and a doer. These are the quotes by famous personalities the author resonates with.

Whether you believe you can do a thing or not, you are right.
Henry FordBeliefs 172

Ambition is a dream with a V8 engine.
Elvis PresleyUncategorized 26

Life is rough so you gotta be tough.
Johnny CashLife 21

Have brimming questions to ask author Kaci Rose? Ask the author whatever you like, but keep in the appropriate zone.
** Please note, unanswered questions will not appear on the page and refrain from posting promotional messages.

The author, a good book and you. Contact Kaci Rose here.
** No Spamming: Spam is an irritant to regular users or the authors. Please note that bombarding promotional mails/messages is strictly prohibited. Your IP address may be blocked if found doing so.