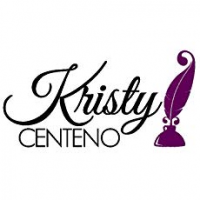 Kristy Centeno loves to spin tales of creatures that go bump in the night, with a sprinkle of romance to top them off. Her passion for writing stems from a lifelong enjoyment of reading and the pleasure derived from the magical worlds created by authors like her. She prefers her female leads strong, independent, and stubborn who will stop at nothing to save their loved ones and protect those they care for.

Kristy currently resides in Pennsylvania with her five kids and a pair of noisy parakeets. When she’s not working or writing, she juggles her free time between raising a handful of minions and pursuing other career goals. 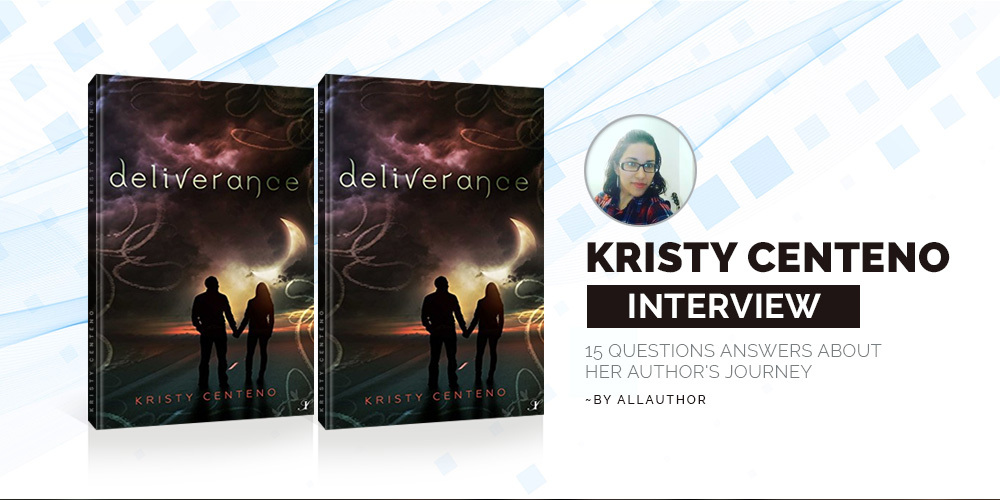 "Kristy Centeno was born in a small island in the Caribbean in a town called Ponce. As a child, she wanted to be a teacher and she dreamed of teaching first graders. Her love for books began in kindergarten and only grew as she got older. Because she has a full-time job and she is a full-time mom, it’s not always easy to find time to hide in the writing cave. She attempts to come up with realistic characters and settings that the readers can easily envision and take away from. She is working on completing the third installment to the Deliverance series."
Where were you born? What were your dreams as a child?

I was born in a small island in the Caribbean in a town called Ponce. As a child, I wanted to be a teacher and I dreamed of teaching first graders.

Were you always an avid reader? What sparked your interest in reading books?

Absolutely. My love for books began in kindergarten and only grew as I got older. I remember my excitement when I was able to read my very first book on my own at six years old. After that, I was hooked.

Which is your most precious memory from being a mother of five beautiful and healthy children?

Every day is an adventure. We have our good days as we have our bad days. But what I love the most about having such a big family is that there’s never a boring day. I highly enjoy sitting around the dining table and listening to my children share funny stories about events that happened to them either at school or while out with friends or other family members. They’re getting so big and I just want to sit there and enjoy every little moment I can get with them as I know they’ll leave the nest eventually.

What is YA Scavenger Hunt about? Where did you first hear about it?

I was referred to the YA Scavenger Hunt by another author who recommended it to me to gain some exposure. This was my third year participating.

Many authors get together and basically promote each other’s work. We give out prizes and feature special content we don’t typically put out anywhere else. The participants must go through every single post and search for a special number that they later have to add to win the main prize. It’s a lot of fun and so far I’ve gotten a good response from the hunt.

What was your main source of inspiration for "Deliverance?" Is there any sign of giving this title to your book?

Believe it or not, Deliverance was born thanks to a dream I hade several years ago. I took what I gathered from the dream and wrote down details. I left those notes untouched for some time. It wasn’t until I found the notebook that I’d written those notes down that I decided to write a book based on what I had.

The book took a year to complete. I played around with several plot twists until I settled for one that fit perfectly. The title defines the story, telling the tale about a young man fleeing from a corrupt organization to gain freedom from a lifelong slavery. Along the way he meets a young woman that will help him in more ways than he ever anticipated.

The story "Dissension: A Deliverance Novel" is a paranormal romance book. What inspired the plot of "Dissension?"

When I completed Deliverance, I finalized it with the intention of leaving it as a standalone. I had no plans to add sequels. However, I realized that so much was left unsaid and unfinished that it would make sense to explain it all somehow so that’s how Dissension came along. And as I began to write Dissension, I concluded that based on how complicated the plot is for this project, why not tell a full story of what goes on in the Institutes and give a voice to the other characters that have as much to do with the corrupt organization as Tiger.

So here I am, invested in book 3 and with plans to add more sequels soon.

Being a part-time author, do you have a specific routine for writing that you follow? Or do you prefer to like whenever and wherever?

Because I have a fulltime job and I’m a fulltime mom, it’s not always easy to find time to hide in the writing cave. So I prefer to write whenever the opportunity presents itself. Most times, that means waiting until the kiddies are in bed to take refuge in my favorite corner of the house.

Who inspires the characters of your female leads who are strong, independent, and stubborn. How did you come up with the character of Leah Parker in "Enchantress?"

I base many of my strong, female leads on women I’ve met throughout my life. Leah Parker is just an extension of those women. She starts out in the trilogy as a bit self- centered and selfish, but the reader can see her evolving as her the stories progress.

Which is your all-time favorite quote that inspires you to never give up?

How did you begin writing "The Giver of Life?" Did you plan in advance to write only three books in this series?

Yes, the series was originally planned as a trilogy. However, I’m currently working on a spin off that will chronicle Leah’s life between book 2 and 3. There’s a bit of a stretch of time between the second and third books in the series that readers don’t get to see. To showcase how Leah got from point B to point C, I’ve decided to document what it was like for her to bring a magical child into the world while mourning the loss of her baby’s father and dealing with continuous threats that want to claim them both.

Prodigy is filled with action and magic from beginning to end. How do you make your magical worlds relatable to your readers?

I attempt to come up with realistic characters and settings that the readers can easily envision and take away from. I do my best to explain what magical world the characters find themselves in and what the rules for said world are so that the reader can easily follow along.

“Keep working on bettering yourself. Don’t stop doing what you love. Don’t let self-doubt stop you from enjoying what you do. Read a lot. Do a lot of research. Above all, have fun with it.”

I’m working on completing the third installment to the Deliverance series. It’s a book that I’ve been continuously working on for a year now and I’m aiming to complete it very soon. Readers should expect to see shocking surprises and new characters that will open a whole new can of worms.

What’s the best way to market your books? How would you rate your experience with AllAuthor?

Marketing for me is a bit of a hit or a miss. Sometimes I see good success with blog tours and sometimes not so much. At times I do great with social media posts and at others I don’t get a single interaction.

AllAuthor is a great site not just for exposure but to interact with readers and other authors. I’ve found new books I’m dying to read there too so even if my books aren’t getting much attention, I’m seeking new reads to enjoy. So to me, it’s a win-win situation.

Have brimming questions to ask author Kristy Centeno? Ask the author whatever you like, but keep in the appropriate zone.
** Please note, unanswered questions will not appear on the page and refrain from posting promotional messages.

The author, a good book and you. Contact Kristy Centeno here.
** No Spamming: Spam is an irritant to regular users or the authors. Please note that bombarding promotional mails/messages is strictly prohibited. Your IP address may be blocked if found doing so.