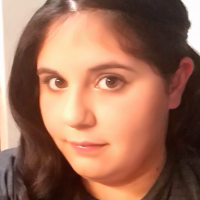 Kendra lives in Texas where the summers are scorching, and the iced tea is straight sugar. When she isn't writing, she likes to go on real life adventures with her husband and son and hopes to one day scuba dive the Great Barrier Reef. 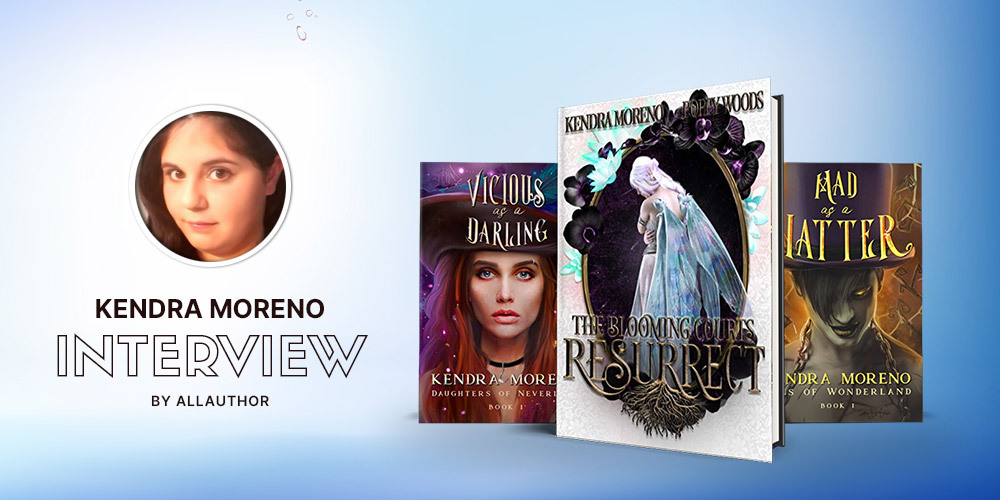 "Kendra Moreno enjoyed reading, writing, and doing art when she was a kid. She has always wanted to be a writer for as long as she remembers. She wrote her first story when she was in the Second Grade. The author does a great job with description and building tension. Her writing is sharp and edgy. Her stories are full of action and adventure, friendship and love, happiness and sadness."
What were you like as a child? Whom was your role model growing up?

I was the good kid out of my and my brother, the one who would rather be reading than getting into trouble. lol. My role model was definitely my mom. She worked her butt off to make sure we were taken care of and to this day, she's the strongest person I know.

What were some of your hobbies as a child? Do you still enjoy the same things or have your tastes evolved since then?

I enjoyed reading, writing, and doing art when I was a kid. I still do all of these things and more. If I'm not writing or reading, you can usually find me doing something artistic like painting, sculpting, baking cookies, crafting, and more.

What inspired you to become a writer? At what age did you write your first book?

I've always wanted to be a writer for as long as I remember but I also always imagined I'd be a zoologist and work with big cats. I decided at a certain age that I liked writing about adventures more. I wrote my first story when I was in the Second Grade, and it was then that I realized it was exactly what I wanted to do. Before that, I used to make up my own stories out loud for the picture books I read.

Was writing your first book a struggle? What kept you motivated?

I think it's always a struggle to write that first book. We're plagued by anxiety and this idea that things need to be perfect. It wasn't until I went to college for Creative Writing and got my degree that I realized the most important lesson: Write the first draft first and edit later. You can't edit a blank page. That was the struggle. Staying motivated was easy for me because it was something I wanted to do, and I wanted to show my son that dreams are achievable.

What do you love the most about romantic fantasy? What grabbed your interest in dark romances?

I've always been drawn to Romance no matter the genre. For me, Fantasy and Dark Fantasy are the draw because I enjoy world-building and dark and gritty themes. I'm a big fan of horror elements in fantasy and so I found myself pretty easily in the genres. I've always loved the villains more than the heroes :)

How did you develop the plot for your book, "Shipwreck Souls?" What comes first, the plot or characters?

Shipwreck Souls is a co-write between myself and my besties, K.A Knight and Poppy Woods. We sort of had this vision of these three siren sisters who, as their first rite of passage, had to sink their first ship. That's how the story began. I think for this book, it was more about the characters as we each wrote from the perspective of a different sister.

How hard was it to sit down and actually start writing the Sons of Wonderland Series? Which book in the series took the longest to write?

Mad as a Hatter was my first book I ever published, so it was a little hard to begin with this grand idea I had in my head. It turned out to be everything I imagined and more. But it did take me a while before I realized I was just waiting around for my dream to happen instead of making it happen. For the Sons of Wonderland series, the book that took me the longest to write was Feral as a Cat. There was so much I wanted to build with the Cheshire Cat and his mate that I ended up writing this great tug-o-war between the characters, not to mention the epic ending to the series that happens in the book.

How did you come up with the idea for your book, Late as a Rabbit? What is the main thing you want readers to take away from your book?

For Late as a Rabbit, it's book two in the Sons of Wonderland series. I knew when I started the series that the main romantic interests would be the Mad Hatter, the WHite Rabbit, and the Cheshire Cat, so it was natural for book two to flow to Late as a Rabbit being book two. I would love readers to take away that sometimes, destiny has other plans for us and that's okay. We may make mistakes, make the wrong calls, but that doesn't mean you're not worthy of love. Remember that.

Who inspired the character of Wendy Darling? What do you love the most about her character?

Well, for this one, Wendy Darling is based off the original character written so long ago, but with a dark and badass twist. The thing I love most about her is that she's a Captain herself. She doesn't wait around for a man to save her. She goes out and does what she need to do herself. She's amazing, strong, and when Captain Hook comes around, she's his equal in every way.

What are some new ideas and writing techniques that you explored in the book "Feral as a Cat"?

Feral as a Cat for the Sons of Wonderland was the first series I ended, so I really got to play with this epic story arc that I really wanted to hit home and still be able to continue it into the spinoff series (The Daughters of Neverland). I'm very much into drama and epic scenes, so it was really fun to explore that in Feral as a Cat.

How important do you think a book title is? What are your tips for penning a catchy and intriguing book title?

I'm a self-proclaimed title addict. I absolutely love titles, no matter the genre. Titles are so important because they catch the readers attention and make it possible for them to remember the book. Tips for a great title: Make it strong, easy to remember, and if all else fails, add a pun in there.

What sparked the idea of writing a spin-off series to the Sons of Wonderland, "Vicious as a Darling"?

I sort of always intended it if the readers liked the Sons of Wonderland series a lot, and here we are! I'm such a major geek that not only did I want a horror version of Wonderland, but I also wanted a Horror Neverland, too. It was only natural to flow into the Daughters of Neverland so easily.

Well, both are important but a bad review grows character. In college, I used to sit in large critique groups where we'd all sort of tear apart everyone's story, and that really made it possible for me to handle bad reviews. I read all of them. Sometimes they offer great critique. Sometimes they give me a good laugh. On the opposite side, Good reviews made it easier to see that the book is being appreciated, so it's nice to see that.

I'm pretty open with my readers. They know I'm a massive geek, a scuba diver, a painter, and everything else in-between. They might not know I eat pickles on my grilled cheese, though, so there's that. lol. I have so many plot bunnies and series planned that I'll never run out of ideas. lol. My next upcoming series is the Valhalla Mechanism, starting with Gears of Mischief for book one. It's a Steampunk Fantasy Ménage with heavy Norse mythology elements and sure to be tons of fun. Besides that, I have a whole lot more sitting on the backburner and waiting.

I joined AllAuthor around the same time I published my first book and I've been a fan ever since. I love how everything operates, the tools at my disposal, and the general set up of everything. It's all so easy to use, and I love that about AllAuthor, especially when a lot of other interfaces make it so difficult to work with.

Have brimming questions to ask author Kendra Moreno? Ask whatever you like, but keep it appropriate.
** Please note that unanswered questions will not appear on the page. Refrain from posting promotional messages.

The author, a good book and you! Contact Kendra Moreno here.
** Please refrain from spamming and don’t bombard the author with promotional mails/messages. Your IP/Email address may be blocked if found doing so.