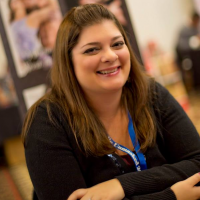 Kimberly Knight is a USA Today Bestselling Author that lives in the mountains near a lake with her loving husband and spoiled cat, Precious. In her spare time, she enjoys watching her favorite reality TV shows, watching the San Francisco Giants win World Series and the San Jose Sharks kick butt. She's also a two time desmoid tumor/cancer fighter that's made her stronger and an inspiration to her fans. Now that she lives near a lake, she plans on working on her tan and doing more outdoor stuff like watching hot guys waterski. However, the bulk of her time is dedicated to writing and reading romance and erotic fiction. 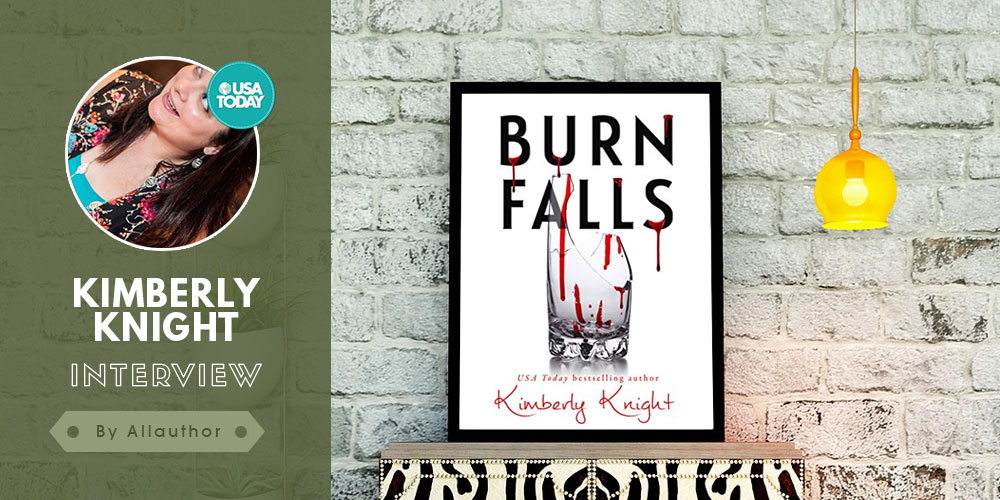 "Author Kimberly Knight loves to just create stories from the characters that are in her head. The first book to make her cry was Taking Chances by
Molly McAdams. Writing humans is easier in her opinion because she tries to do realistic stories even if it’s about vampires. Her breaks are
usually her relaxing on her couch and catching up on TV. Her biggest challenge during cancer treatment and into survivorship is living with the pain every day. Having gone through a life-threatening illness, her advice is to never stop fighting."


What is the best thing about living in the mountains near a lake? Who decided the name of your spoiled cat, Precious?

The best thing about living in the mountains near a lake is how quiet it is. I don’t have the busy city noise anymore and it’s peaceful. My cat, Precious was actually already named that when I adopted her from the SPCA, and I thought it was prefect for her. Still is, 16 years later.

What are some of your favorite reality TV shows? What more outdoor stuff do you plan to do other than watching hot guys water-ski?

I love most of the housewives shows on Bravo, and other reality shows on Bravo. I also love Survivor and The Amazing Race as well as cooking and tattoo competition shows. I basically watch too much TV and honestly, with the drought in California, I haven’t gotten the chance to watch hot guys waterski. The only thing I’ve done outside since moving is gardening.

I love to just create stories from the characters that are in my head. It amazes me, even to this day, how I can connect the dots and make things work out. The first book to make me cry was Taking Chances by Molly McAdams.

Tell us about your writing process and the way you brainstorm story ideas. Does writing energize or exhaust you?

Writing exhausts me for sure and I think it’s because I mainly write romantic suspense and I have to have the legal stuff and all that accurate, plus I try to do believable storylines. I think it also exhausts me because I’m a plantser, but more so a pantser, and the stories just come to me over the process of writing the book. I also have an alpha team of 5 that I bounce ideas off of and they read chapter by chapter and help direct the storyline if I need them to.

What would you say is the top misconception people have about the process of writing a romantic suspense? How did you come up with the idea for "Angels & Whiskey?"

I think with most stories the misconception in general is that it’s easy. It’s not. It’s the hardest thing I’ve ever done. I can’t recall the actual idea for Angels & Whiskey, but I used to watch the show Gigolos on Showtime and one of the guys was ex-military. I think just the idea of an ex-army guy turned gigolo came to me just by watching the show.

What's your thought process behind a paranormal romance? What was the most difficult thing while creating the character of a vampire, Draven in "Burn Falls?"

I wanted to write a PNR about the mob because I feel like a vampire could rule that world. Everything seems to be done at night and what better way to have people fear you than to be a vampire boss? The problem is, Draven didn’t want to be a bad guy, so the story changed. It’s still about the Chicago mob, but different. I also learned it was hard to write a vampire because they don’t do what humans do, i.e., breathe, eat food, etc. Mix in that I write about sex, my brain went into how does a vampire have sex if they have no blood flow? Let’s just say I researched A LOT!

As a paranormal romance author, you have a lot of freedom to create weird and wonderful characters. What inspires you when you’re thinking up new characters? How do you ensure that your characters will appeal to young readers?

I wouldn’t say I’m a full PNR author—yet. I just have the one book and people want Draven’s best friend’s story. I might write it, but I’m not sure yet. Writing humans is easier in my opinion because I do try to do realistic stories even if it’s about vampires. I don’t think Burn Falls is for young readers. At least, my fans average to be in their thirties and up.

How has been your experience working with your editor, Jennifer Roberts-Hall? How did you select her?

I met Jenn at a signing in Toronto back in 2013 … or maybe it was 2014. I can’t remember now. When it came time for me to find a new editor, I remembered that she was one and I reached out to her. She is amazing and gets my writing style. I hope we continue on this journey together for many, many, many more years.

Tattooed Dots is inspired by a True Story. How difficult it was to put a real life story into words? What do you owe the real people upon whom you base your characters?

Honestly, writing Tattooed Dots was easy for me. I wanted to share my story with the world to bring more awareness to desmoid tumors. The hard one to write was the sequel (aka the 3 rd in my Halo series); Never Stop that was the most difficult to write because I didn’t want to relive everything again.

How did you come up with the idea for "By Invitation Only?" Which of the characters in the story would you like to meet and why?

My husband actually gave me the idea for By Invitation Only because he saw some ad or something for the sex club that is really in Beverly Hills.. I’ve never been to one and everything is from my imagination of what I assume happens or would happen. And I honestly think I would love to meet Booker who’s the hero. He’s British, smart, sexy, and could probably teach me a thing or two.

Do you ever take random writing breaks to dance? If so, when do these breaks generally occur? What is your most unusual writing quirk?

Despite me having a hot dance scene in my very first book that people still talk about, I hate dancing. I only dance when I’m drunk. So, no, I don’t take random writing breaks to dance, lol. My breaks are usually me relaxing on my couch and catching up on TV.

What is the most surprising thing you discovered while writing your book, "Angels & Whiskey?" What was your hardest scene to write?

I won’t spoil it, but the most surprising thing was a scene that involves a kitchen table. The hardest to write was the Prologue.

What was your biggest challenge during cancer treatment and into survivorship? What “words of wisdom” and/or advice would you give any young adult facing Cancer or another life-threatening illness?

My biggest challenge is living with the pain every day. If you know my story (it’s in Tattooed Dots and Never Stop), then you’ll know that I had to have 3 ribs removed, parts of 2 more, part of my right lung taken out, and they had to cut the T1 nerve at the root on my right side. It’s literally made me stronger and a fighter. My advice is to never stop fighting. There was a time when I thought the pain would be too much to handle and I understood why people commit suicide, but I also knew that I was strong enough to live through it. And I did.

How has the journey been from publishing your first book to becoming a USA Today Bestselling Author? What does literary success look like to you?

The journey has been crazy. I never thought people would want to read my books. When I published Where I Need to Be in 2012, it was a whirlwind. Over the years the industry has slowed down, even with becoming a USA Today Bestselling Author. This is my passion and I love making characters come to life. That in itself is a success to me.

Have brimming questions to ask author Kimberly Knight? Ask whatever you like, but keep it appropriate.
** Please note that unanswered questions will not appear on the page. Refrain from posting promotional messages.

The author, a good book and you! Contact Kimberly Knight here.
** Please refrain from spamming and don’t bombard the author with promotional mails/messages. Your IP/Email address may be blocked if found doing so.