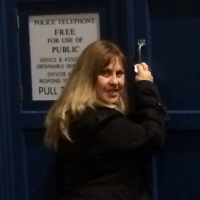 I studied Creative Writing & Writing for Publication at the Hunter WEA College, 2005-06 & joined the Hunter Writers' Centre in 2007. In 2009, Brian Joyce (former HWC director) asked me to facilitate the Women@theLockup writers' group & encouraged me to apply for a LitLink Mentorship, which I received in 2010, with Jenny Blackford, a multi-award-winning speculative-fiction author/poet.

My debut novel, ‘Netherrealm’, Book 1, Heed the Darkness, published in 2018 won a Silver 'Recommended Read' Badge in the 2019 Author Shout Ready Reader Awards, an Honourable Mention and a silver 5-Star Review badge in the Readers' Favorite 2020 International Book Awards, and Quarterfinalist 2022 ScreenCraft Cinematic Competition. It's available as an ebook and paperback.

I’m now plodding away on the next two books in the Netherrealm trilogy, Plunge into Darkness & Castdown Darkness, a cross-genre mix of Historical/Contemporary/Sci-fi/Paranormal series and polishing another paranormal-rom-com.

Kim Michelle Ross has earned excellence awards over time. Here is the glimpse of the accolades clinched by the author. 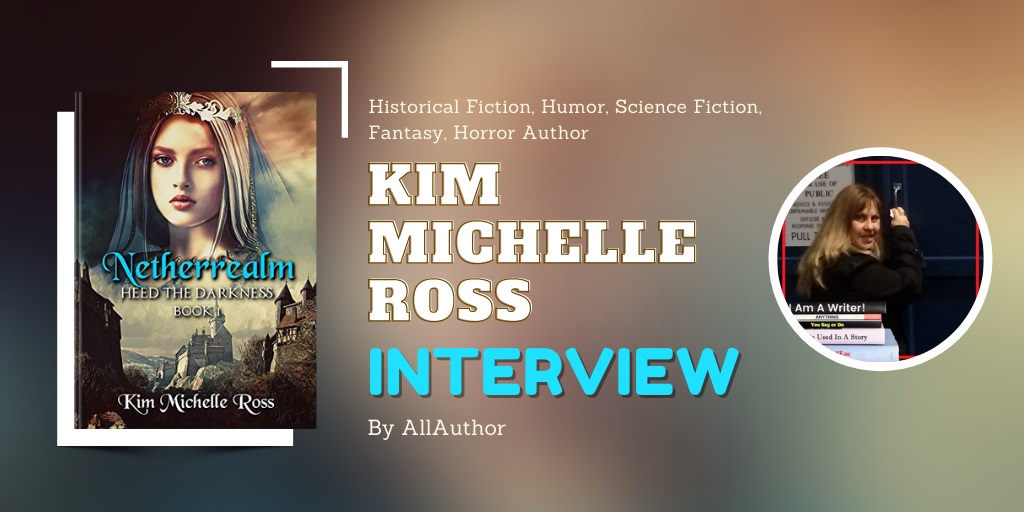 "Born in Newcastle, Kim Michelle Ross loved writing compositions and eventually in high school she began writing short stories in the back of her school books. Her writing journey began long before she started writing full-time. She now has 18 short stories published. Her novel, ‘Netherrealm’ won a Silver 'Recommended Read' Badge in the 2019 Author Shout Ready Reader Awards."
Since how long have you been living in Newcastle, NSW, AUS?

I was born in Newcastle and have lived there all my life except for 3 months in 1999 when my family and I lived in Melbourne.

Who introduced you to the world of books?

That would be a combination of my parents, one of aunty’s and my paternal grandmother.

What is the earliest experience you had with writing that you remember?

That would be during my primary school days (grades 3 – 6). I loved writing compositions and eventually in high school I began writing short stories in the back of my school books. I loved ‘making up stuff’ and I used to get good grades for my writings.

What motivated you to start writing full-time in 2005?

My writing journey began long before I started writing full-time. A lot of ideas I had come through dreams and sometimes ideas would simply pop into my head when I least expected it, usually in shower or bath. But back in 1987 and after a nasty breakup I had a dream and that’s where the idea to write Netherrealm came from. Sadly, life got the way, friends, jobs, boyfriends, clubbing and finally marriage and children swiftly followed, so 2005 was my first real opportunity to start writing; it was when my youngest son started school. I took Creative Writing classes and Writing for Publication and before the year was out, I had written the first three chapters of Netherrealm.

In what ways do you think studying Creative Writing & Writing for Publication has helped you shape into a writer?

I think it has been most helpful as doing those courses helped me hone in the skills that were needed to be a good writer as well as identify the skills I already had that I was completely unaware of. Plus, I was mixing with likeminded people.

How would you describe your experience of winning NaNoWriMo in 2013 with a paranormal rom- com title ‘Death: It’s Complicated’?

I felt somewhat out of my depth yet I was up for the challenge and it was one of the best experiences I have undertaken as a writer. I surprised myself. And I felt so proud that I wrote ‘Death: It’s Complicated’ in the space of three weeks, that is, I reached the 50k word count needed to win NaNoWriMo. I actually added another 25k and completed the novel in Camp Nano 2014, and won that too!

What challenges did you face while publishing your debut novel, ‘Netherrealm’?

Oh, the editing side of it was relatively easy, I found myself a really good/likeminded editor/author in Georgia Cater Mathers and so the process was a breeze. I did however, come across a few ‘IT’ issues, meaning, I was completely computer illiterate when it came to the finer details, thank goodness a good friend and editor/author, Morgan Bell, came to the rescue and she formatted and uploaded the MS for the eBook onto Amazon. Later, another good friend editor/author, Steve Dillon of Things in the Well Publications produced the paperback edition.

Did you write all the three books in the Netherrealm trilogy in advance? Or did the story develop over time after writing the first book?

They were written in advance, originally it was a duality that I began writing in Nov 2005 and completed in Feb 2007. Since then, the novels have been slowly developing, I have as yet to do the final editing on the second book and the third will need rewrites and updating as the world has changed since it was finished in 2007.

Having published 17 stories, what, according to you, are the elements of a good story?

I now have 18 short stories published. The elements to me are the story itself, the characters, dialogue and of course the writers voice, is it engaging, does the plot and voice flow and of course the perfect ending. Nothing ruins a short story if the ending is a bit, meh. I feel if it’s a comedy the ending should be like a punchline. If dramatic then it should either be scary or a relief and of course romance should mostly be ‘happy-ever- after’ or maybe ‘happy-for-now’.

How would you describe your journey of being a belly dancer?

I’d say it’s much like writing, you need rhythm and rhyme and a good beat to keep up with. Incidentally, I was given a performance name by the troupe I dance with, Silk Caravan, my professional name is Nazrima, it’s Egyptian-Arabic and means: the poetess. The name was based on the way I dance and my own unique movements. Dancing as also given me another perspective and has helped me with not just dance technique but writing too.

Did you expect ‘Netherrealm’ to win a Silver ";Recommended Read"; Badge in the 2019 Author Shout Ready Reader Awards? What was your reaction?

No, I was completely surprised and thrilled! I also entered the novel in the Readers’ Favorite 2020 International Book Awards and to my absolute delight, Netherrealm also picked up an Honorable Mention and a silver 5-star review badge.

How does it feel to be a Winning Australian Speculative Fiction Author?

It feels pretty good though sometimes I suffer from ‘writer fraud’ and need to remind myself that 2 competitions gave awards for Netherrealm.

How do you keep in touch with your readers and fans?

I still needed to finish/tiding up the next two books in the Netherrealm series but for now I’ve been concentrating on the ‘Death: It’s Complicated’ MS. I pitched the idea of the novel on Twitter and Book Binge Publishers (a new small press publication) said they were interested. I sent the first three chapter and now they want to read the entire MS. Though that’s no guarantee of a publication contract.

It’s been great! I love the mock-up banners and the tools as well as the opportunity to be part of such a worldwide organisation that celebrates books and authors.

Have brimming questions to ask author Kim Michelle Ross? Ask the author whatever you like, but keep in the appropriate zone.
** Please note, unanswered questions will not appear on the page and refrain from posting promotional messages.

The author, a good book and you! Contact Kim Michelle Ross here.
** Please refrain from spamming and don't bombard the author with promotional mails/messages. Your IP/Email address may be blocked if found doing so.