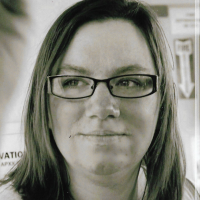 So a weee bit about me, I’m loud, I’m crazy, I’m shy (weird right?), and I have 4 amazingly gorgeous kids! I love my husband (scuba) of 13 years to DEATH (Seriously it might be coming if he wakes me up at 6AM again!) We love to camp in the summers, and I hibernate in the winter ;) I’ve been writing for just over 2 yrs now and have released 12 books (8 full lengths, 4 novellas) and I’m just thrilled to have finished one series this yr, and started 2 more (soon to be 3)!

Stay in the know on books by KL Donn. See upcoming books and the bestselling by the author here. You'll Also find the deals on books by KL Donn.
** Please note that the information or price displayed here may not be the updated. Make sure to double check the latest book price before buying books to read.
** Importantly, there might be other books by KL Donn not listed on AllAuthor. 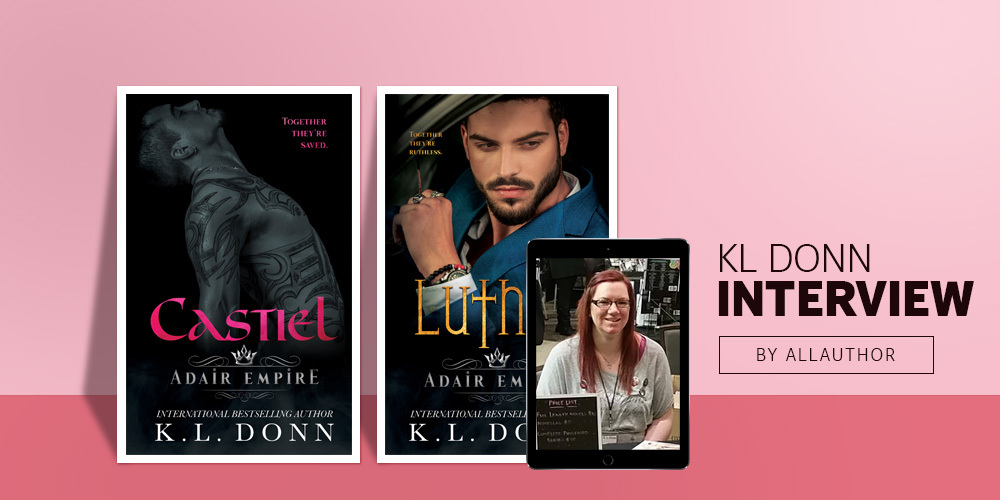 "KL Donn grew up in Calgary, AB, Canada in some of the rougher neighborhoods of the city. Her first published book was Keeley’s Fight, almost 4 years ago now. The biggest challenge of being a romance author is having to remain professional when people learn what she does for a living. She has actually used her children to help inspire the kids she writes about. Getting into a damaged characters head is exhausting and fulfilling at the same time. She is a pleaser at heart, so while she hopes others love her books, she writes for herself."
What are some memories from your childhood that stand out most to you? Where did you grow up?

I grew up in Calgary, AB, Canada in some of the rougher neighborhoods of the city. The ones tourists would stray away from and I think a memory that stands out most to me is when I was about 9 years old we had these neighbors move in across the street. My mom made friends with them and it wasn’t until I was older that I knew they were part of a notorious biker gang. I never had a clue. They were kind, funny, and honestly they kept home safe. It was a primarily low income/single parent neighborhood and being a reckless 9 year old girl, even I understood the dangers of living there.

What was your first story about and do you plan on ever incorporating those early ideas into a published book in the future? How has been the journey of writing for just over 2 years now?

My first published book was Keeley’s Fight, almost 4 years ago now, and I think at the time I threw every idea I had into it. In some ways it backfired, in others readers still adore that book so much.

What are some of the biggest challenges of being a romance author? Why did you choose this genre?

The biggest challenge is having to remain professional when people learn what I do for a living. A lot of people look at romance as smut. It’s not. It’s so much more. I choose the romance genre out of desire to read something I had read before, but not many people wrote – Menage.

What is the most surprising thing you discovered while writing the novelette, “Lucky Christmas?" How was your experience of working with your illustrator, Sensual Graphic Designs?

I’m not sure there were any surprising elements while writing Lucky Christmas because it was so short. I did enjoy going back to the Possessed series though and giving James Wallace his own story. Working with Sensual Graphic Designs was difficult because I’m the illustrator (SGD is my company) and I’m very critical of myself haha.

Having written 27 books, what do you think are the elements of good writing?

I’m actually looking to publish my 32ndbook in April and I think for good writing you need to remember to bring closure to all conflicts in a story. (I was a little naïve in the beginning, but now I’m on it!)

If you could spend an entire day talking to any of your characters from the Adair Empire series, who would it be and why? What would you talk about?

Carver Rivers! He was one of my most complex and difficult characters. I’d drill him on his childhood and upbringing. I’d ask him how he knew he loved Meadow so obsessively and if if there’s children in the future.

Who was the first person to read "Emily's Protectors"? Which of the three books in The Protectors Series was the hardest to write and why?

The first person to read Emily’s Protectors was my friend Ashley and cursed me the whole way through because of the ending. The hardest to write was actually Emily because it was my first dabble in romantic suspense and I was setting up book three.

It took four people to compile the book, “One Chance?” What was the biggest challenge while working with your editor, illustrator and photographer?

There were no challenges working with my team for One Chance because the illustrator and photographer were the same person and she took my vision perfectly. My editor is amazing and by the time she got this book, we were insync.

Being a wife and mother of 4 amazingly gorgeous kids, do you take inspiration for your characters and stories from your real life experience?

I do! I’ve actually used my children to help inspire the kids I write about. For instance, I used my youngest son to help create Jaxson Slade from OWNED by Dominic and the reaction was phenomenal.

You often take your readers on an emotional in your books. How do you deal with emotional impact of a book on yourself as you are writing the story?

I sometimes overwhelm myself with the range of emotions because I don’t like to just tell the story, I want to feel the story myself. Getting into a damaged characters head is exhausting and fulfilling at the same time.

Romantic suspense… there are always so many twists and turns and I never know which way a story is going to go. I enjoy writing both equally for very different reasons.

When you wrote the first book for the Those Malcolm Boys series, did you primarily plan on writing so many books? Or did the story just grow with time? Are you planning to write any new additions to this already amazing series?

Those Malcolm Boys was supposed to be one book, but then the brothers started talking and while each will be stand alone, they’re going to be emotionally damaging and I look forward to diving into book 2 next month!

In Kennedy’s Redemption, Kennedy has gone through something terrible, something most people wouldn't survive. What would you have done if you were there in place of Kennedy? What inspired her character?

Kennedy’s character was inspired by my own real life experiences, so while writing her book was difficult, it was cathartic and easy at the same time.

At the end of the day, would you say you write more for your own happiness or to bring happiness to other people? What or who has kept you most motivated as a writer through all this time?

I’m a pleaser at heart, so while I hope others love my books, I write for myself. If I don’t love a genre/trope/book I won’t write it. My readers keep me motivated because even though I take them on some dark paths they’re always begging for more!

When did you sign up for AllAuthor and what were your thoughts at the time? What do you think of the website now?

I signed up over a year ago, I think, and I’ve really enjoyed seeing them grow as a unique tool for authors and readers. I’m really happy to see that they now have a follow button for authors!k b

Have brimming questions to ask author KL Donn? Ask the author whatever you like, but keep in the appropriate zone.
** Please note, unanswered questions will not appear on the page and refrain from posting promotional messages.

The author, a good book and you. Contact KL Donn here.
** No Spamming: Spam is an irritant to regular users or the authors. Please note that bombarding promotional mails/messages is strictly prohibited. Your IP address may be blocked if found doing so.