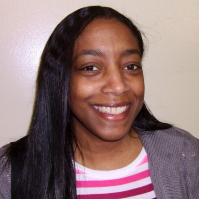 I'm an American author of paranormal romance, rockstar romance, and romantic suspense. I tend to walk to the beat of my own drum, but that’s okay ’cause I think I've got a pretty good sense of rhythm. Basically, I'm a geeky, quirky, laid-back, rocker-loving kinda girl who’s married to a retired cop, motorcycle-riding, bad-boy alpha of my very own, and I like to write about sexy police officers, werewolves and rockstars, or some inventive combination of the three!

My books are sweet and spicy, plot-driven tales that lean heavy on the romance with just the right amount of heat. My heroes are always strong and honorable, whether he’s a sexy-as-sin rockstar, a vigilante werewolf, or a cop who’s a BDSM lifestyler. My stories often center on the theme of brotherhood (whether by blood or by love), and usually feature strong bromances. My heroines are typically smart, strong, sassy badasses who don’t need a man to complete them, but who appreciate the men fate brings their way.
My stories also lean toward the theme of embracing and celebrating diversity. I have written over thirty titles, and over half of those feature interracial couples or multi-ethnic characters. The theme of overcoming racial prejudice (disguised as "species prejudice") tends to manifest itself in my shifter romances from time to time.

The truly important thing to know about my books is that you will always get a Happily Ever After from me. That’s a promise. Otherwise, what’s the point of reading? 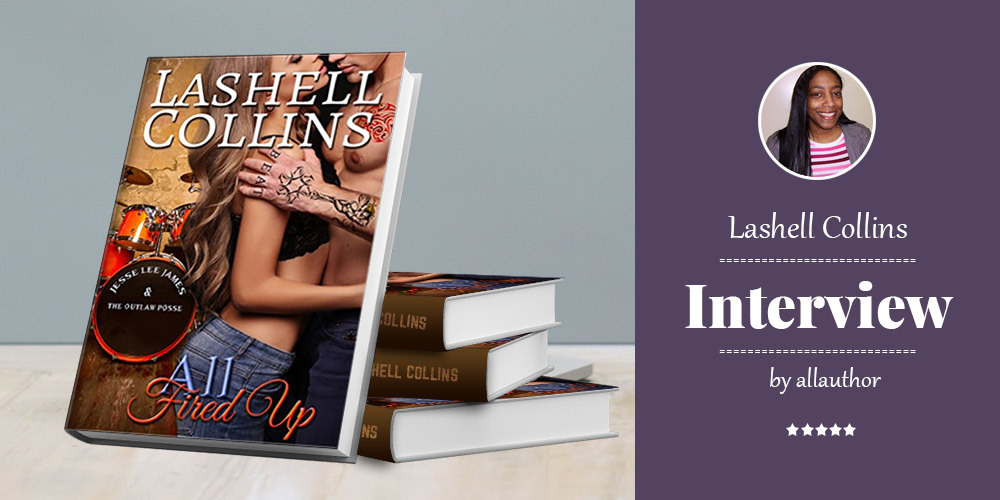 "Lashell Collins grew up in a small town in Ohio. Like most young girls, she loved Judy Blume. She studied Veterinary Technology at Columbus State University. Secrets of Lunar Falls is the first book she ever wrote about werewolves. Her trick to make her characters lifelike is to first make them flawed in some way because all humans are somehow flawed. She thinks eBooks and eReaders have made things easier for the reader, and also opened up new avenues to publication for the writers. The most challenging thing about writing a series for Lashell is getting the books out in a timely manner."
Where did grow up? Do you think your background has colored your writing in any way?

I grew up in a small town in Ohio. I would say that my background colored my writing in the sense that most of my characters do tend to have sort of a small town, mid-west, down-to-earth mentality. Even the ones who are rockstars or billionaires.

Who are some authors you admired growing up and how did their books inspire your work today?

Like most young girls, I loved Judy Blume. I also loved Madeline L'Engle and E.B. White. My obsession with romance books began when I picked up one of my mother's library books and became engrossed in a book called Daddy by Danielle Steel. I devoured all of her books after that.

What college did you attend and what degree did you pursue? If you could do it again, would you take a different academic path, or are you satisfied with the route you chose?

I would definitely change things if I could. I studied Veterinary Technology at Columbus State University. But I haven't worked in the animal field in many years now. I wish I had studied something like literature or English instead.

When did you realize you want to be an author? Do you have any unpublished stories?

As a teen, I used to love to make up stories with my best friend. It was our favorite thing to do back then. But I didn't think seriously about becoming an author until about six years ago. I do have a few unpublished stories sitting on my hard drive.

What made you decide to write your book "Secrets of Lunar Falls"? How long did it take you to write this book?

Secrets of Lunar Falls is the first book I ever wrote about werewolves. I've always been fascinated by the thought of werewolves and so, I would sit and think sometimes about what would it be like if werewolves were actually real. And what if they actually lived near my town! So, I decided to write a story about that. The heroine in the Lunar Falls Trilogy is a Veterinarian from my actual hometown of Xenia, Ohio who stumbles into a world of werewolves. She's a lot like me, and I put a lot of details about Xenia into the actual story. It was a lot of fun.

What kind of research did you have to do for your Rogue Moon Series, particularly book 2 "Fated Moon"?

The Rogue Moon Series is set in the city of Seattle, which I have never actually been to. So most of the research I have to do for the books of that series centers around the city itself. Other than that it's just all made up werewolf lore.

Are any instances from "Soul Stealer" taken from real life? Do you incorporate stories from your personal life in any of your books?

I have occasionally incorporated a little "real life" into my stories, but not with Soul Stealer or any of the books in the Rock Shifter Fairytales Series. That series is all about fairytales, so mostly make believe and magic. But there was a little real life in the Lunar Falls Series (that's set in my home state), and also the True Romance Series (where I interviewed an actual rockstar and his tour manager for the books), and the Kelly Family Series (where I use my retired cop husband's work stories for the books).

What were some of your goals with the book "The Essential Jagged Ivory"? Do you write for entertainment or do you hope to bring about change or spread a message through your writing?

My goal with The Essential Jagged Ivory, at the time it was released, was simply to spark some new interest in an older series. I write for entertainment - my entertainment and the readers - although with the Lunar Falls Series, and more so with the Rock Shifter Fairytales, there was a little underlying anti-bigotry message hidden inside.

How do you create characters that are so life like but also memorable? How important is a character's physical appearance as opposed to their characteristics?

My trick to make my characters life like is to first make them flawed in some way, because all humans are somehow flawed. No one is perfect. Also I really strive to make my dialogue very realistic. I want my characters to talk the way real people talk. As for physical appearance, for me personally it's very important because I have to be able to envision them in my mind before I can write about them. I would say it's equally as important as their characteristics.

What are some interesting things you learned or people you met while writing "True Romance "? What is the most challenging thing about writing a series?

Well the most interesting thing about writing the True Romance Series was meeting and getting to know rockstar Todd Kerns (bassist for Slash, frontman/guitarist for Age of Electric and Toque) and being granted an interview with his tour manager. Very cool experience indeed! As for the challenges of writing a series, there many! But I would say the most challenging for me is getting the books out in a timely manner. I wish I could write faster!

How did you come up with the names Raven and Kateri? What is your usual process for choosing character names?

For Raven it was fairly easy. In that series (Rock Shifter Fairytales) the four band members are shifters who grew up in an orphanage together. And in the orphanage they are given names according to what type of shifter they are - Morpheus Wolfe, Dash Lyons, Raven Cloud (Cloud because Raven also happens to be Native American). For Kateri I simply looked up popular names for Native American females, which is part of my usual process for choosing character names. Especially if the character is from a certain culture. Other things I do is use the name generator that's part of my writing software (Scrivener). And sometimes, when I'm lucky, the characters come to me fully formed with a name.

As a paranormal romance author, how do make your writing believable and relatable? What are you most proud of about the books in Rock Shifter Fairytales series?

I try to approach them with the sense that whatever paranormal world I'm creating, it is all totally real. Shifters and werewolves exist. That's the premise, and I simply go in believing it myself. As for the Rock Shifter Fairytales, I'm most proud of the fact that I combined the rockstar trope with the shifter trope AND fairytale retellings, and made it work.

I think ebooks and eReaders have made things easier for the reader, and also opened up new avenues to publication for the writers.

What do you think being an author has taught you about life? Do you have any words of wisdom to pass down to new authors reading this interview?

Well, I don't know about life, but I've certainly learned a lot about myself since publishing my first book. Although extremely rewarding, writing is not easy. Marketing your books is even harder, and being an indie author teaches you what you're made of. To a new author just starting out I would tell them something I wish someone had told me before I ever published: Never publish the first book you write. It sounds so simple, but it's an important tip. Learn to perfect your craft first.

Was it all too easy for you – the writing, the publication, and the sales? How has been your experience working with AllAuthor?

I believe I answered the first part of this question above. None of it has been easy. But working with AllAuthor takes a lot of the pressure off by offering authors a variety of tools to help with the marketing side of things. I wish I had known about AllAuthor from the very beginning. It would have saved me a whole lot of time and frustration. Thanks for all you offer. And thank you for the interview!

Lashell Collins is a thinker and a doer. These are the quotes by famous personalities the author resonates with.

The greatest education in the world is watching the masters at work.
Michael Jacksoneducation 94

I just knew there were stories I wanted to tell.
Octavia E. ButlerBooks 54

Have brimming questions to ask author Lashell Collins? Ask the author whatever you like, but keep in the appropriate zone.
** Please note, unanswered questions will not appear on the page and refrain from posting promotional messages.

The author, a good book and you. Contact Lashell Collins here.
** No Spamming: Spam is an irritant to regular users or the authors. Please note that bombarding promotional mails/messages is strictly prohibited. Your IP address may be blocked if found doing so.