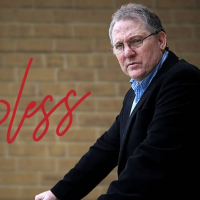 After initially studying journalism at university, T.W. Lawless worked as a registered nurse for many years before turning his hand to writing fiction. T.W. is the author of six thrillers, including two Amazon Kindle best-sellers (Homecountry and Thornydevils), as well as the co-writer of the soon-to-be released murder-mystery Furey’s War.

Raised on his family’s cattle station in remote North Queensland, T.W. now lives on the New South Wales Central Coast with his wife, who is also a writer.

His passion is writing, and when he’s not writing a book, he’s planning the next one.

Quotes Lawless lives by:
A) If the world is your oyster, you better get shucking.
B) If Lady Luck beats a path to your door, make sure you’re home.

T.W.Lawless has earned excellence awards over time. Here is the glimpse of the accolades clinched by the author. 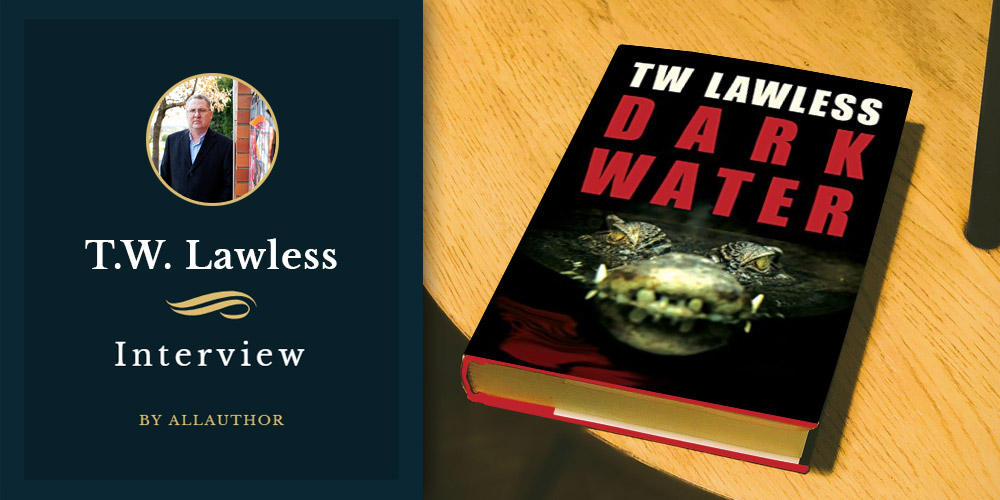 "Author T.W.Lawless read loads of books from childhood to young adulthood, until life got in the way. Books gave him a world view, and fueled his imagination. He spent the first ten years of his life on a remote cattle station in the Australian outback. He committed himself fully to writing after he developed thyroid cancer in 2011. The author finds listening to music and playing his guitar a great way to relax and escape.
The author says, “Always be true to yourself, and never let the naysayers dictate your life”. In the next three to five years, he expects to have written over ten books, sold many more books, and picked up an award along the way."

Have you always been a big reader? Where did you grow up and what was the scene like in your household, regarding reading and writing?

I read loads of books from childhood to young adulthood, until life got in the way. Since stopping full-time work, I’ve resumed my love of reading. I spent the first ten years of my life on a remote cattle station in the Australian outback. With the nearest town ninety miles away, we were forced to make our own entertainment. Reading was a huge part of family entertainment; I’d never even seen a television until I was six. My parents both read for pleasure, and I caught the bug from an early age: from classics like Treasure Island, to encyclopaedias and history books, I was voracious. Books gave me a world view, and fuelled my imagination.

Why do you think there is such a power in words and literature? When did you first discover this power?

I understood the power of literature in my teens, when I read The Grapes of Wrath and books like Exodus, Trinity and QBVII. Great literature is a mirror to the world—often true although occasionally distorted—challenging the reader’s values and understanding of society. Books gave me a strong sense of social justice, fairness and equality.

What was the impacting force that made you sit down and start writing? What were your aims in terms of a career before this?

I committed myself fully to writing after I developed thyroid cancer in 2011. At first, writing was a distraction. I immersed myself in a world I had created. I thought, if anything should happen to me, at least I’d left a book behind as part of my legacy. Before that, I had written stories without having the confidence to publish them. I had also tried screenwriting with my wife who is also a writer, and we had a New York producer interested in a script. Sadly, the project didn’t eventuate.

What do you love most about writing mysteries? Even though writing mysteries and thrillers is a lot of imagination, what are some strict rules you adhere to so as to keep your tales somewhat "realistic"?

I love the challenge of writing a mystery; you’re pushed all the way, and by the end of the book I’m always exhausted. It absolutely takes over your life. I always map out my plots, sub-plots and characters, but there is always the unforeseen. The plot or a character can take you somewhere that you hadn’t envisaged. The dialogue always has to be punchy, and the action tight and graphic. I want to be as realistic as possible. I want to immerse the reader in that world as much as I can.

What is your favorite way to escape from the present and relax?

I find listening to music and playing my guitar a great way to relax and escape. Without music, the world would be bland.

What are some merits and demerits of independent publishing? And in what ways do they help writers like yourself?

The strength of self-publishing is the control you have over your product. Its weakness is that you have to do most of it yourself. There’s no one there to push, advise or lend a hand. I use a professional editor and cover designer, but I do all of the promotions and run the business side of it, not just for my own books but also for my wife’s (Kay Bell’s) books.

How did you get the idea for "Homecountry"? Were your characters Peter Clancy and Dave Tindall inspired by real people?

After my family sold the cattle stations, we moved into a country town. As in Homecountry, it was narrow-minded and insular, and I couldn’t wait to leave. The town always stayed at the back of my mind as a location for a book or a movie. The townspeople were often quirky: some were racist, others decent. Many of the characters in my book are composites of them. I wanted characters who were a reflection of a typical Australian country town. Peter and Dave aren’t based on anyone in particular. I wanted the protagonist to be a journalist who lived and played hard— an essentially Aussie character with a world view. Some scenes in the book, such as the kangaroo hunt, are based on my own experiences.

In what ways did you try and lift your Peter Clancy Series up and make it different from other books of its genre?

I think writing a series based around an Australian investigative journalist has made the series stand out from other thrillers. I wanted to get Peter Clancy’s sardonic take on the world, instead of using a humourless detective as a filter for the narrative. The outback can be a scary place. I don’t think Australians are represented enough in the thriller genre.

While it is a thriller novel, what sort of real-life research went into the making of "Dark Water"? Are there any lines or passages you're particularly fond of in this book?

I did extensive research for Blurline including reading British parliamentary committee inquiries, but I didn’t need to do much research for Dark Water, having grown up in the outback. I’m particularly fond of the interplay between Peter and Sam, but my favourite part of Dark Water is when Peter has an encounter with a crocodile at a crocodile farm.

What will the next book in the series be called and what kind of changes should your readers expect?

The next book in the Peter Clancy series will be called Flamekeeper. It is set in San Francisco in the nineties, and involves Peter’s efforts to track down a serial killer from the 1970s. He wants to be taken seriously; he’s trying to move away from gossip and muckraking, and into the crime desk.

Why did you choose to set Blurline in London? Are there any other destinations you want to explore in future books?

I set Blurline in London, because I thought that Peter might get too complacent if he was always based in one location. As a journalist, his skills are transferable, so he can work in different places. That’s exciting to me. He’s going to the USA next, and after that, who knows?

What has been the most rewarding experience of being an author so far? What is a writing dream of yours that you hope to accomplish within the next 3-5 years?

The greatest buzz has come from having two Amazon best-sellers, and from people telling me that they’ve read one of my books and really enjoyed it. In the next three to five years, I expect to have written over ten books, sold many more books, and picked up an award along the way. I don’t think that’s too ambitious. My wife and I are also developing a murder mystery series set in a country town before, during and after World War Two, involving a salt-of-the-earth police officer named Jack Furey. The first book centres around a murder of a soldier, and the impact American and Australian military forces have on the town.

What's a word of advice someone has given you that's changed your outlook on life? Do you have anything to add to it, based on your own personal experience?

“Always be true to yourself, and never let the naysayers dictate your life”. I’ve applied that philosophy to life in general, and to my writing.

Did you expect Peter Clancy series to become Amazon best-selling? What it felt like seeing your first series nominated for so many awards?

I didn’t expect them to become Amazon best- selling books, as I thought only authors with major publishers behind them could achieve that. I thought it was a great achievement for an independent author. It was great to be nominated for several awards but I want to take it a step further and actually win.

Have brimming questions to ask author T.W.Lawless? Ask the author whatever you like, but keep in the appropriate zone.
** Please note, unanswered questions will not appear on the page and refrain from posting promotional messages.

The author, a good book and you. Contact T.W.Lawless here.
** No Spamming: Spam is an irritant to regular users or the authors. Please note that bombarding promotional mails/messages is strictly prohibited. Your IP address may be blocked if found doing so.