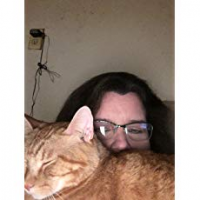 Leigh Grissom knew she was on to something at age ten, when she wrote a one-page story about a man watching a building burn. It creeped out her already-creepy teacher, and Leigh hasn't stopped writing since. She lives in Texas with her husband, her rescue cat, and an army of family and friends who believe she's still chasing the right dream. 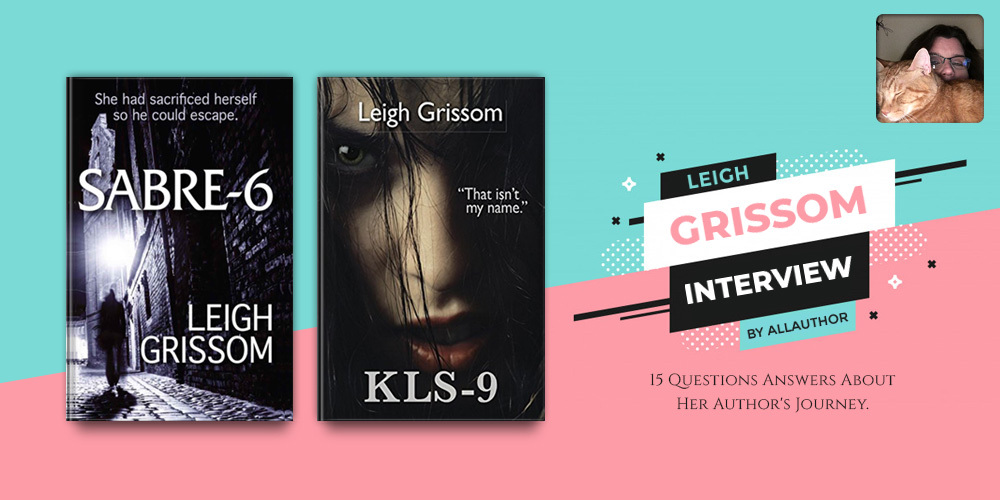 "Author Leigh Grissom grew up in a small Texas town about an hour north of Dallas. The biggest challenge to her in writing science fiction is walking the fine line between fantastic and believable. The hardest scenes for her to write in KLS-9 were the intimate scenes. Her free time is spent writing or reading. She has a day job that interrupts her creativity. She wants the reader to believe it "could" happen."
What was the city/town you grew up in like? When was the first time you were away from home?

I grew up in a small Texas town about an hour north of Dallas. It's quaint; everyone knows everyone else, the kind of town you would imagine had its' own movie theater (we did) and Main Street was still "the" hangout for teenagers. I've been away from home quite a few times, visiting with family and friends, but my most memorable time away was my trip to Scotland in 2017.

At the age of ten, what inspired your one-page story about a man watching a building burn?

To be honest, I have no idea. I remember our class was studying descriptive writing; that story actually came to me at home on my own time. I turned it in as extra credit; I remember it surprised my teacher (especially the ending - the man watching is the person who set the fire.)

Where did you rescue your cat from? What type of temperament does your cat has?

Ginger Lou (my rescue cat) is the best. My former neighbors next door moved away and abandoned her. I saw her sitting on their porch, skinny, hungry - and pregnant. She moved in with me not long after, and she is the most loving cat I've ever had. All six of her kittens found homes, so it was a win-win situation all around. Actually, while I'm answering these questions, she's sitting on the arm of my recliner watching me.

What is the biggest challenge of writing science fiction novels?

The biggest challenge (to me) in writing science fiction is walking the fine line between fantastic and believable. I want the reader to believe it "could" happen.

How did you come up with the plot of "KLS-9"? How long did it take you to write this book?

KLS-9 took shape over a lot of years. The first time I wrote my lead character's name in a notebook, I was ten. I'm, well, a lot older now. The story back then was nothing like the book you see now; it changed each time I would pick it back up after months, sometimes years of not touching it. The final plot came to life around 2014.

How well does your book translate to audio? Is the material better suited to listening or reading?

KLS-9's audio version is amazing! Logan McAllister (the voice actor I met through acx.com) brought every character to life -- I gained new respect for my own work just hearing him read it. SABRE-6's audio version is currently in production, and what I've heard is mind-blowing!

KLS-9 is about a psychic woman who was raised/taught/tortured in a government facility trying to train psychics as weapons. What was the hardest scene to write in the book?

The hardest scenes for me to write in KLS-9 were the intimate scenes. I wanted them to be powerful, but not explicit to the point of tacky.

I do read reviews, good and bad. The bad reviews sting a little, but I look at them this way - there's something to learn in every one of them. I tell anyone who buys my book, "If you like it, tell everyone. If you don't, tell me." This way, I can make the next books better.

What kind of research do you do, and how long do you spend researching before beginning a book?

The amount of research I do varies with what I need for the story. I do whatever it takes, from interviews to binging conspiracy theory videos on YouTube.

What is the significance of the title, "KLS-9"? How do you come up with book titles?

The title KLS-9 is the label the Institute gave Kerry Sheridan when she was brought in to be trained. The first thing the Institute does is strip a child's identity and replace their name with a label. The title was a gift from a dear friend of mine; I was struggling with the title and bouncing ideas with him - I still have the sheet of paper he wrote KLS-9 on.

Who inspired the character of Kerry Sheridan? How do you develop your characters?

The inspiration for Kerry didn't come from any particular person. I just wanted a woman who could face unimaginable trauma and pain and fight no matter what. My other characters came as the story progressed; and I developed each one depending on the direction the story took.

What other authors are you friends with, and how do they help you become a better writer?

Thanks to the magic of Twitter, I am friends with a TON of writers. The support means more to me than anything; the way we lift each other up is incredible in a time when social media can be so negative. I wish I could list them all, but there's too many. Just check the hashtag #WritingCommunity and you'll find them.

What are some things you like to do during your free time?

My free time is spent writing or reading. I have a day job that interrupts my creativity.

I have one more book in Kerry's saga planned, but I can't say that will be the last one. It will all depend on how EDEN-1 ends. I have another story planned about three women who exact revenge when it's needed; think "what if Charlie in 'Charlie's Angels' was actually the Punisher?" There are other ideas lurking in my storyline notebook, but they're too sketchy to talk about right now.

What are the tools of the trade? How would you rate your experience with AllAuthor?

The tools of the trade ... I would have to say determination. KLS-9 wouldn't have taken so long if I'd ignored the inner (and some outer) voices who told me I couldn't do it. I believed I wasn't good enough, so it took decades to finally finish a book. Don't do what I did. Don't stop. If you have a story inside you, then write it. Get it out there. There's someone out there who needs to hear it. And as for AllAuthor? I wish I'd found you sooner! You are amazing and I recommend your site to everyone!

Have brimming questions to ask author Leigh Grissom? Ask the author whatever you like, but keep in the appropriate zone.
** Please note, unanswered questions will not appear on the page and refrain from posting promotional messages.

The author, a good book and you! Contact Leigh Grissom here.
** Please refrain from spamming and don't bombard the author with promotional mails/messages. Your IP/Email address may be blocked if found doing so.