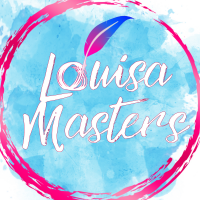 Louisa Masters started reading romance much earlier than her mother thought she should. While other teenagers were sneaking out of the house, Louisa was working out how to read romance novels without being discovered. As an adult, she feeds her addiction in every spare second, only occasionally tearing herself away to do things like answer the phone and pay bills. She lives in Melbourne, Australia, where she whines about the weather for most of the year while secretly admitting she’ll probably never move. 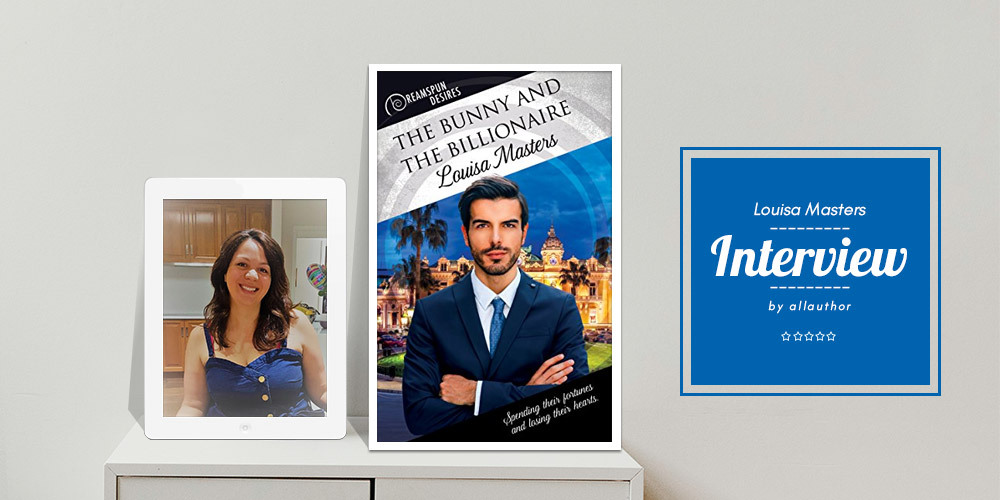 "Louisa Masters always loved telling stories but didn't make the conscious decision that she wanted to write them until she was in her teens. Her mother is a romance reader, and relationship stories with a happy vibe were her favorite thing to read from when she was very young. Her books are all about feeling good and ending happily. She is a prolific reader and always has been. She reads 5-7 books per week, whether re-reads or new. She thinks e-books have made reading much more accessible to a lot of people, and they've certainly blown the market open for new authors and sub-genres. Her current WIP is Dani and Malik's story from the world of The Bunny and The Billionaire and The Athlete and The Aristocrat."
Have you always wanted to be a writer? When did you start writing?

I've always loved telling stories, but didn't make the conscious decision that I wanted to write them until I was in my teens. Back then, it was mostly very bad fan fiction, but eventually I let my own characters and ideas take over.

What inspired you to start reading romance? Who was it that first introduced you into the world of romance book?

My mother is a romance reader, and relationship stories with a happy vibe were my favorite thing to read from when I was very young. It seemed natural to transition to romance.

What first got you into the LGBT romance section?

The Nightrunners series by Lynn Flewelling. It's fantasy, not romance, but has a romantic plot thread between the two main characters. After that, I was eager to see more diverse romantic pairings, and I began searching them out. Initially I found it in menage romance, but the first M/M romance I read was The Syndicate by Alex Woolgrave and Jules Jones. I never looked back.

Does your book "Catch a Shooting Star" hold any special moral or lesson to it? What was your favourite scene or chapter in this book?

This book focuses a lot on Jess's inability to connect with others. She's so used to isolating herself and her feelings due to her past that she finds it difficult to reach out. In her case, it's a learned behavior, but a lot of people are naturally uncomfortable in forced social situations. Some of my favorite parts of this book are the scenes where the people in Jess's life reach out to her and show her that she doesn't need to change, but they're there if she wants to.

What is your usual process for choosing character names?

It varies. Sometimes a character will come to me with their name fully formed. Most of the time, I spend hours scouring the internet for a name that feels right. I'm a bit picky, in that I like to look at most popular name lists for the year that character would have been born in the country they live in. I also factor in their parents' personalities--conservative? Kooky? Likely to pick a popular name, a trendy one, an old family name, or something completely different?

If there was a fire and you could only save either "Fake It 'Til You Make It" or "The Bunny and the Billionaire", which one would you save and why?

This is an impossible question to answer. Next!

What would you say characterizes your writing?

Feel-good vibes. Some of my longer novels have a small amount of conflict, but there's never any doubt that things are going to turn out well. My books are all about feeling good and ending happily.

If you had to choose one thing between wine, bubble baths, ice-cream and books, what would it be?

LOL - I frequently read a book in the bathtub while sipping wine. Choosing one option only would just show lack of imagination.

Inter-Office Relations is a super hot story about a common fantasy. When you’re writing an emotionally draining (or sexy, or sad, etc) scene, how do you get in the mood?

For me, there is nothing sexy about writing a sex scene. It usually involves me forcing myself to sit at the computer and not procrastinate. There's a lot of huffing, hesitating, and grumbling. It's a very stop-start process, and I envy those authors who find it natural. I consider it to be like filming a sexy scene in a (non-porn) movie--the process is very boring and businesslike, but the end result, after editing etc, is sexy.

If you were given the opportunity to form a book club with your favorite authors of all time, which legends or contemporary writers would you want to become a part of the club?

Oh, wow... this is tricky. How big can the group be? Okay, keeping it to a minimum... Jane Austen, Lucy Montgomery, David Eddings, Nora Roberts, J.K. Rowling. There are about a hundred others, but I don't have all day to write the list.

How do you think your writing style has changed over the years?

It's matured. Whereas before I was more insecure and determined to write how people thought I should, now I write in my natural voice. My craft has developed, and I like to think my writing is reflective of the growth I've experienced in life.

I'm a prolific reader and always have been. If I misbehaved as a child, my punishment was to have reading time restricted. As an adult, I read 5-7 books per week, whether re-reads or new. For me, e-books are fantastic. Until recently, most of my paperbacks were in storage and not easily accessible, which is intensely frustrating, but an e-book is accessible 24/7. If I can't sleep, I can download a new book in the middle of the night. I never have to wait for new releases to come into stock, or squeeze a trip to the bookstore into my schedule on release day. And the price is better, too--as an Australian, the price point for mass market paperbacks can be anything between $12-22.

I think e-books have made reading much more accessible to a lot of people, and they've certainly blown the market open for new authors and subgenres.

My current WIP is Dani and Malik's story from the world of The Bunny and The Billionaire and The Athlete and The Aristocrat. Unlike the other two, this is an M/F book and I'm working with two established main characters rather than introducing new ones. It's been wonderful to give Malik and Dani free rein on the page without having to worry about them stealing the limelight.

Have brimming questions to ask author Louisa Masters? Ask the author whatever you like, but keep in the appropriate zone.
** Please note, unanswered questions will not appear on the page and refrain from posting promotional messages.