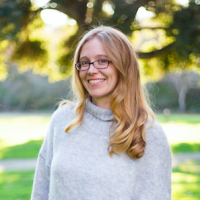 A Pacific Northwesterner by birth and disposition, Mara has lived in Washington DC, Oregon, Japan, and most recently the beautiful Pacific Grove, California, before returning to her roots in Seattle. By day she teaches history to unsuspecting teenagers, and by night she writes books and travels to far-flung places. She loves to be with animals, read, play sports, and drink more London Fogs than is likely good for her. 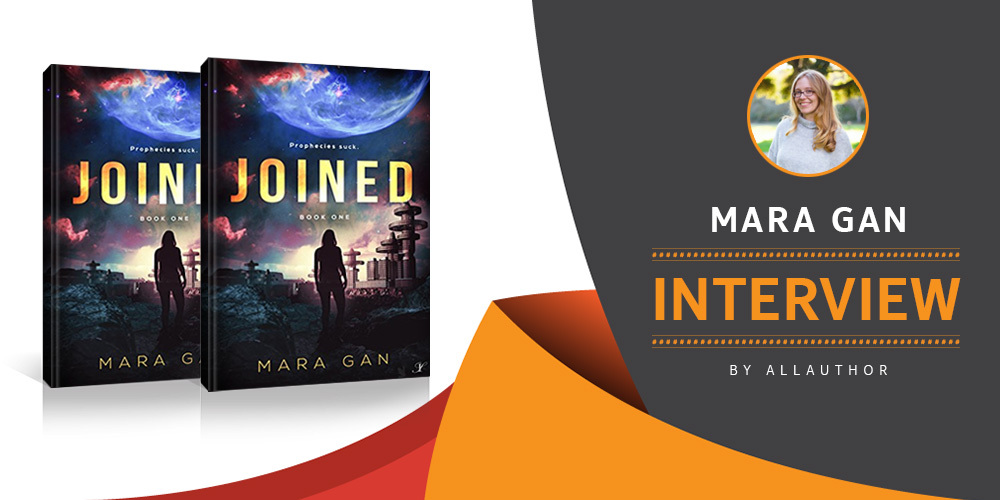 "Mara Gan grew up in a rural area north of Olympia, on eight acres of old-growth rainforest. She has been writing since 6th grade, probably. She loves teaching; her students are goofy and creative and eccentric, and her favorite part is encouraging them to have fun with the material and be willing to fail. Her favorite book is probably a 1912 edition of Alice's Adventures in Wonderland."
A Pacific Northwesterner by birth and disposition, which is your favorite memory from your childhood?

I have a lot of wonderful memories, but the ones that pertain to the Pacific Northwest are just... green. I grew up in a rural area north of Olympia, on eight acres of old growth rainforest, and I spent a lot of time sitting on mossy logs and grinding up cedar needles for their scent (for fun, not because I used them). I can remember every touch, smell, and feel of that place. I thrive on rain and spent my east coast college years perpetually thinking I saw the Mountain out of the corner of my eye. I never realized how ingrained in every fiber of my being the PNW is until I was away for so long.

What inspired you to start writing? How long have you been writing?

I've been writing since 6th grade, probably. I remember trying to write a parody of Indiana Jones for writing class, but it never got further than the title (California Jones... truly innovative, that). Thankfully, my imagination got a lot stronger with practice!

By day you teach history to unsuspecting teenagers. What is your favorite part about that job? How do you balance that and writing?

Not well, frankly! I go in spurts. When school slows down a little, which is rarely, I find the mental energy to blitz write. I love teaching; my students are goofy and creative and eccentric, and my favorite part is encouraging them to have fun with the material and be willing to fail. I work in a private school, so I have a lot of freedom with what I teach. Content itself is easy for any teacher in their field; making it palatable to disaffected teenagers? That's the magic. Ultimately, my goal, whatever level I am currently teaching, boils down to the same thing: if, in ten years, they can look back and say that a) they feel like they learned something (even if they can't remember what they learned), and b) they enjoyed it, then I feel successful.

Why did you choose the romance genre? What, in your opinion, are the most important elements of good romance writing?

I'm a closet romantic. I don't actually want it in my daily life, but I enjoy fantasizing, and when I first started brainstorming this book, I was a teenager- so when I actually started writing it, I stuck to that genre. But I would also argue that true romance is about friendship, which draws me and interests me so much more than just "romance": I worry that people (have always and will always) romanticize romance itself, and their expectations can never be met. Having a baseline of friendship, respect, and trust will beget something better than anyone could hope for.

When you’re writing an emotionally draining (or sexy, or sad, etc) scene, how do you get in the mood?

I usually start writing it and then call up old theater acting skills and instead of method acting, I method-write. I used to be in theater in high school and, as a teacher, I use a lot of acting skills, so it isn't much of a stretch to transfer that idea to writing. In some ways, it's easier than acting, because I can write it, let it sit, then come back and say "ugh, that is NOT how this person would react in that situation!" and then fix it.

Are you friends with other authors? If so, how have they helped you in you journey as a writer?

I'm only friends casually on Facebook through my publisher group. My students and friends help me more by their encouragement of my hobby.

How was the idea for ‘Joined: Book One’’ born?

I've actually been playing with the story idea since I was in high school. We did a mythology unit in my 9th grade English class, and the story of Perseus and Andromeda had always kind of stuck with me; why did the girl always suffer? She was a princess and she gets chained to a rock for some monster, and a guy in flying shoes comes by and saves her and marries her? What a short shrift! I had always been a fan of Star Trek and remembered the episode where Captain Kirk and the crew discover Apollo on another planet, and the basic idea that all the Greek gods and heroes were real people- just, from another part of the galaxy, so they seemed like gods and heroes to early Greeks. So, I melded the two ideas and tried to give Andromeda a better story.

How much ‘world building’ took place before you started writing your first book?

I built as I wrote. I found it was mostly already in my head, and was easy to change and alter as I wrote and figured out the kinks. I had considered the central city in the story to be a kind of space station for a long time, but over the course of writing, shifted to have it on an asteroid. Asteroids would make for easier colonization in some ways, although they, as with all things, come with their own disadvantages. But world-building in sci-fi/fantasy is fun, as it allows for a lot of imagination that is nevertheless based in realism.

My favorite part was getting emails from my publisher, my editor, and my cover artist. It was just so fun doing any piece of the journey that I got excited every time I had an email from them. The worst part is waiting for the publication to actually happen; you go through all these anxieties and scenarios in your head, mostly based on worst-case ideas. Will anyone read it? Will anyone like it? Should I even bother to write the next one? Am I just doing this for me? (Which is fine, because I like writing for me, but I am so grateful that others have enjoyed it too!

We just moved, so while I do have a personal library, I wouldn't say it is in a central location. I have everything from travel books to YA novels to thick historical tomes to 17th century Japanese historical tomes. Oh, and comic books, of course! I don't have one genre that eclipses the others, but I do prefer to read YA books in hardcover, so those are my "prettiest" set. They're just so satisfying to hold! My favorite book is probably a 1912 edition of Alice's Adventures in Wonderland. I really vibe with the Cheshire Cat, and I love old things. I covet some day getting a first edition of the Scarlet Pimpernel, which is another of my favorite stories.

Who inspired the character of Princess Andromeda? How do you come up with character names?

All the names have meaning, actually. I was very careful about naming. Perseus says, at some point, that his culture believes names have power, and I believe that, too. Most of the central characters are plucked right from Greek mythology; the Mousai, for example, are the Muses ("mousai" is the Greek term), just with shortened nicknames. Other characters are often symbolized by a word translated from another language. Most Mathans have Scandinavian language names, since I envisioned them as berserker-types, but some other languages are thrown in there. Myrtilos, the cat, is actually named for my own demon-cat Huckleberry; "myrtilos" is Greek for blueberry, which was close enough! As for character inspiration, Meda has a lot of my traits, but she's the kind if person I wish I could be, not who I am, and she is the kind of person I'd like to have in control of government. I'm a lot more like Gi, probably.

Joined: Book One is Science Fiction story that is engaging and fast reading. How much did you research to write this book?

I did some research on the feasibility of colonizing asteroids and FTL drives, but most of it was sifting through Greek mythology to find pieces that suited the story I wanted to write. Much more research had to be done in order to write book 2, Misplaced, which is due out in early November 2019; I needed a feel for the island and the city, so I got to travel for that one! A lot more historical research comes with book 2, and there's even a historical notes section this time.

What is one thing that you, as a romance author, would never write about?

One genre I feel is lacking is the one in between YA romance and adult romance; both genres are wonderful and full of outstanding examples, but I prefer to walk between YA and adult romance. I don't think I will write one of those, but you never know. I would also doubt that I'll ever write something without some kind of fantasy, sci-fi, or historical element; I'm addicted to the freedom those afford me!

Literary success means a variety of things. Almost no one can achieve what JK Rowling did- she's amazing and I'm not even a Harry Potter fan!- but as long as what I write makes me happy and I feel like a few others have enjoyed what I did, then that is more than enough for me.

Could you offer us some of your thoughts on AllAuthor and how it has benefited you? What are some things you think we could change to help it cater better to other authors?

AllAuthor has been fantastic, and I'm not even using it to the full extent that I really should be! The tweets and the web traffic are helpful, and making me think about my books from a publicity standpoint is a necessary and useful metacognitive exercise. And, when it took me too long to submit my answers to these questions, AllAuthor reminded me with a gentle nudge to get to it- which is great, because I need a lot of nudging sometimes!