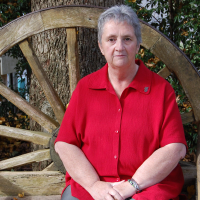 Margaret Tanner is an award winning, Australian author, who writes Historical Romance and Western Romance. She loves delving into the pages of history as she carries out research for her historical romance novels. No internet site is too hard to traverse, or book too old or tattered for her to trawl through, and no museum is too dusty. Many of her novels have been inspired by true events, with one being written around the hardships and triumphs of her pioneering ancestors in frontier Australia.

She has found from writing Western Historical novellas, that frontier Australia and frontier America, had many similarities, isolated communities, a large single male population and a lack of marriageable women.

Margaret is married and has three grown up sons, and two gorgeous little granddaughters. Outside of her family and friends, writing is her passion. 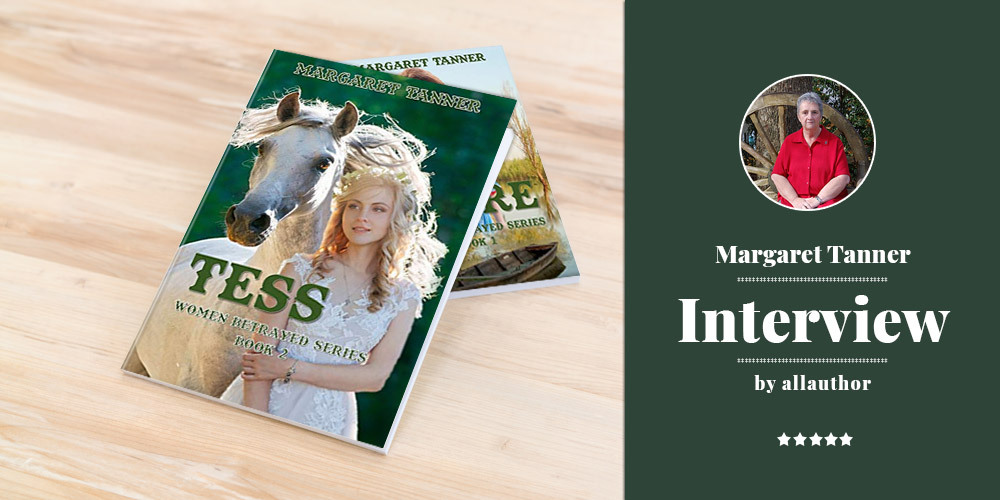 "Growing up in Melbourne, Australia, Margaret Tanner is an award-winning author who writes Historical Romance and Western Romance. She has been writing for as long as she can remember. She prefers writing novellas now, they don’t take so long. She tends to write with just the barest outline in her mind, and it grows as she goes along. She advises the young writers to Never give up on your dream to become a published writer. She has just finished writing Calendar Man, which is a joint venture between herself and 11 other authors.a"
Where did you grow up? What were your favourite TV shows as a child?

I grew up in Melbourne, Australia. My favourite TV shows were Westerns, my all-time favourite being Bonanza.

What inspired you to start writing? How long have you been writing?

I have been writing for as long as I can remember. Sad little ditties at first, then I graduated to short stories and I won several essay awards. Finally, when I was married and had children, I started writing novels as my husband was a shift worker, so I had plenty of time on my hands in the evening.

What do you love the most about delving into the pages of history? How long does it take to carry out research for your historical romance novels?

Finding out new things that I didn’t know before. The length of time it takes for research depends on the novel, and as I tend to write in the same era, one lot of research can be used on a few different novels.

How difficult it was to write a novel around the hardships and triumphs of your pioneering ancestors in frontier Australia?

Easy actually. My ancestors were pioneers in Australia, and their stories passed down through the family, as well as what I found out in the history books or online. I used to spend all my school holidays staying with relatives in the very area, these relatives carved out of the wilderness. An exciting find by my sister who did our family tree, is that one of my grandfather’s uncles, knew the famous Australian bushranger/outlaw, Ned Kelly, and was even locked up in jail for helping him. I favour history books more than on-line research, I find them to be more accurate. I write American Historical Westerns now as well, and the Australian frontier and American frontier have lots of similarities. Large single male population with not many eligible women to marry. Long distances, savage natives, isolation etc.

How was your experience of visiting the battlefields of Gallipoli, France and Belgium? What makes the period of 1st World War your favourite?

I have always been interested in the 1 st World War, or the Great War as it was known prior to the 2 nd World War. I had numerous relatives who served in it, and had access to their diaries. I was even able to interview on elderly great uncle who served. He was about 90 years old at the time, and was almost stone deaf, but he did have a story to tell.

On our first visit to the battlefields and cemeteries of France, we found the grave of my grandfather’s cousin in Rouen. This soldier had been wounded and evacuated from the battlefield to the hospital in Rouen, but sadly died a day or two later. All very sad, he was a married man with 2 little children.

What was your reaction on winning the 2007 Author of the Year at AussieAuthors.com? Did you expect to win it again in the year 2010?

I was really excited to win. At that time it was a good award, but sadly, AussieAuthors.com is no more.

What inspired the story of "A Rose In No-Man’s Land?" Did you expect it to become the winner of an unpublished manuscript award organized by a publishing company and run with the assistance of the RWA?

Well, this old soldier who I interviewed, told me that the soldiers in the trenches called the nurses – The Roses Of No-Man’s Land because of their compassion and bravery. It made me want to tell their story. I was really thrilled, but surprised when it won, as one of the runner-up authors became a best-selling author with a big publishing houses.

Where did you meet Susan Horsnell? How did she encourage you to fall in love with writing Western Historical Romance?

I met Susan online, on an Amazon forum. We discovered we both lived in Australia, and she had a son living only about an hour or so drive away from me, so the next time she visited him and his family she called in on me, and we have been great friends ever since. Susan was writing Westerns at the time and suggested I try them and I did, particularly as I had enjoyed watching Westerns on TV when I was a child, so it wasn’t a hard thing to do.

What is your novella, Christmas Cowboy about? What do you enjoy writing more - a novel or a novella?

I prefer writing novellas now, they don’t take so long. Christmas Cowboy is about a man who lives in isolation by choice. He doesn’t believe in love or happily ever after. He finds a woman almost ready to give birth in an upturned wagon, with her husband lying dead a few yards away. He takes her to his cabin, thinking he would drop her off in the nearest town the next day, but she goes into labour and he has to deliver the baby. From then on he has to fight his feelings for both of them as he thinks he is no-good and is incapable of being able to mix in decent society because of his background.

How much ‘world building’ takes place before you start writing a historical romance novel?

I tend to write with just the barest outline in my mind, and it grows as I go along.

How did you began writing the Women Betrayed Series? How did you come up with the character of six different female protagonist in the series?

The characters just jumped into my head. I felt sorry for these women who were looked down upon by the society of the day for being prostitutes. I was sure they had a story to tell. Many of them were forced or tricked into this type of life, but they weren’t bad women. With the right man at their side they would be able to have a decent and happy life, and I wanted to give them that.

Among Lily, Freddie, Alfie and Alex from the Guilford Crossing Brides series, who do you relate to the most? Why?

Freddie I think. She is a crack shot, brave, uninhibited and feisty, which I am not. I think I would have liked to be a sharp shooter. Not that I can shoot a gun, actually I have never even held one, but I like to think I would be good at it if I ever tried.

What does it takes to become an award winning multi-published author? What advice do you have to offer to the young writers out there?

Persistence I think is the best advice I can give. Never give up on your dream to become a published writer. Also to know the topic you are writing about or do extensive research.

I have just finished writing Calendar Man, which is a joint venture between myself and 11 other authors. We all have a month to slot our hero in. Mine is November. It is on pre-order at Amazon right now.

Now you have got me, I am pretty sure that I started a few months ago as a pro-member on the advice of another writing friend, Cheryl Wright. I don’t think I have ever been a free member.

I would like to take this opportunity to thank you Mady for interviewing me and also for all the help I have received. I love being with AllAuthor and would highly recommend it. I only wished I had found it sooner.

Have brimming questions to ask author Margaret Tanner? Ask the author whatever you like, but keep in the appropriate zone.
** Please note, unanswered questions will not appear on the page and refrain from posting promotional messages.

The author, a good book and you. Contact Margaret Tanner here.
** No Spamming: Spam is an irritant to regular users or the authors. Please note that bombarding promotional mails/messages is strictly prohibited. Your IP address may be blocked if found doing so.