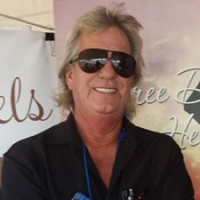 Before moving to Rockport, Texas, writing became my new career and hadn't regretted a single minute. I love to write! I'm asked all the time what genre do I like to use. Answer? I'm all over the place. I don't plan on having a "series" of anything at the moment, I just want the original piece to stand on its own without a follow-up. So far I have at least four other projects in the works and two published novels. My first, and still unpublished, "Port Summerville" is due out next summer and I can't wait! Just released and one that I am especially excited about is "Suicide by Death." It is hard to put into words how you would take a serious topic like this and approach it with humor and wit but maintained a level of respect to those impacted by such a tragedy. Next on the list is "Right Heart, Wrong Love." It is a love story of sorts and should be out in the next few months. "Three Days in Heaven" has been on the market for nearly two years and is doing great. 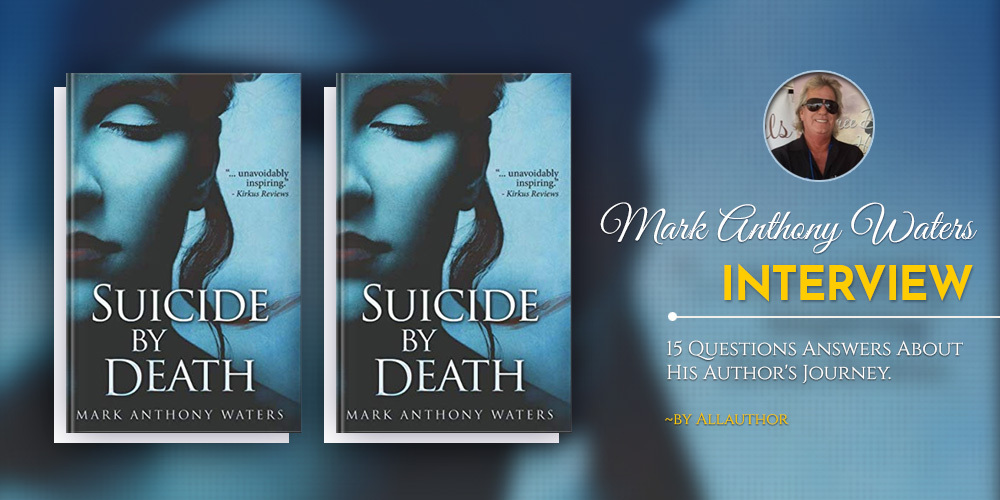 "Mark Anthony Waters loves to write. He played Little League Baseball as the catcher. He owned and operated a substance abuse outpatient program for adolescents in the Dallas/Fort Worth area. He wrote a short story in the 7th grade titled “Destination Venus.” Three Days in Heaven was the easiest book he has written. He lives on the South Texas Gulf Coast, so he enjoys a lot of outdoor activities, walks along the beaches, and of course, fishing. His kryptonite is getting stuck with a story he is working on."
Where are some places in your hometown you liked to visit a lot as a child? What hobbies did you have as a child?

Where did you get your degree in education? What was the most memorable part of college for you?

I only have a couple of years of college but did attend a program licensed by the State of Texas for alcohol and substance abuse counseling. I had a history professor that I enjoyed. He was very animated with his lectures, more like story-telling.

Before moving to Rockport, Texas, what did you do? What inspired you to make writing your career?

I owned and operated a substance abuse outpatient program for adolescents in the Dallas/Fort Worth area. I wrote a short story in the 7 th grade titled “Destination Venus.” I think I wrote it to impress my English teacher… I had sort of a crush on her. My first real book as an adult, and last to publish is Port Summerville. At first, my intent was not to become a writer. I started writing it more as a cathartic exercise, then the thing went on and on, and before I knew it, I had a book.

What was the biggest challenge of taking a serious topic in "Suicide by Death" and approach it with humor and wit?

I suppose I used humor and wit to mask the pain. I got into my main characters head, and in doing so, I entered her soul.

Stories that run through my mind keep me inspired. I tell others, everyone has a story to tell, but only a few of us put them down on paper. My kryptonite is getting stuck with a story I’m working on. I have at least three working titles and told a few of my writing colleagues that I feel like a bull that blasts out of the chute, then drops dead.

What themes does the BLOOD AND SNOW series center upon?

I have no idea.

I prepare the basic design, then let the pros takeover. I liken a book cover design to a highway billboard; you better get their attention quick.

What gave you the idea for the book "Suicide By Death"? Romantic Suspense is not exactly a new concept, so, how did you mold this idea and make it your own?

I’m not sure, all I knew was something had to written about the subject, a few do. After my sister and our niece killed themselves, I felt I had to do something. SBD is not a self-help book, but like I say in the book, “it might be.” I think of it more of message novel more than anything else.

Who were the people you based John and Darlene's looks and personalities after in Port Summerville?

Many have said they think they are my wife and me. Perhaps some of it is true to a degree.

How did you engage the readers with thought provoking statements mixed with humor and some scripture?

Three Days in Heaven was the easiest book I’ve written. It flowed effortlessly, and allowed me to add so much humor, which is my personality. Some have said I should have become a comedian, or a television evangelist. Go figure.

If you were offered the chance to live one of your character's lives, but never be a writer again, would you take it?

Yes, I would. Tony Stanford, the main character in Three Days in Heaven. He had a very interesting life, one I’d enjoy.

Have you ever thought of collaborating and writing something with another author? If so, who would you want to work with?

I’ve been working on a new project; The Linguini Massacre. It is a dark comedy about a failed writer that blames his publisher and the entire editorial staff for his failures. I have reached out to a couple of colleagues, but I think I will tackle this one by myself. I am also working on a sequel for Suicide by Death with the subtitle, “A journal of hope and survival.” It will be an interaction between myself, the folks that sent me emails and letters, then moderated by a licensed therapist, who is a writer. So, I suppose that is a collaboration.

I’m torn between two; The Linguini Massacre that I mentioned, and another I have been working on for some time; Right Heart; Wrong Love.

When you're not reading or writing a book, what are some other things that you love to do?

We live on the South Texas Gulf Coast, so we enjoy a lot of outdoor activities, walks along the beaches, and of course, fishing.

Lastly, what do you think of your AllAuthor experience so far? Would you recommend this platform to other authors and friends?

I already have. I’ve told colleagues of mine, that the investment I have made with AllAuthor is the best money I have ever spent.

Have brimming questions to ask author Mark Anthony Waters? Ask the author whatever you like, but keep in the appropriate zone.
** Please note, unanswered questions will not appear on the page and refrain from posting promotional messages.

The author, a good book and you. Contact Mark Anthony Waters here.
** No Spamming: Spam is an irritant to regular users or the authors. Please note that bombarding promotional mails/messages is strictly prohibited. Your IP address may be blocked if found doing so.