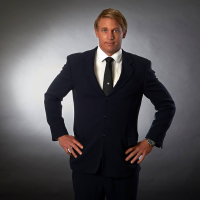 My background
I am a Swedish male born in 1985. I have been in Australia since 2012, and I have been with my partner Elaine Hidayat since 2013.

My writing roots
When I was younger, I used to write blogs for the joy of writing and attention.

In 2013 an acquaintance suggested that I wrote fiction instead of blogs. With a fair bit of enthusiasm, I wrote my first book, a psychological crime thriller James Locker: The Duality of Fate back in 2013.

I then had a break from book writing for a couple of years as I was busy working and pursuing other hobbies.

In late 2016, I decided to take up book writing again as it is a hobby with more upside than playing video games. I finished my Science Fiction novel The Divine Dissimulation a year later.
I recently finished my third book The Divine Sedition. which constitutes the second book in The Divine Zetan trilogy.

I have started writing on the third book and final book of The Divine Zetan Trilogy, The Divine Finalisation. Before finishing that one however, I am going to write a short light-hearted parody on The Divine Dissimulation, called The Divine Space Gods: The parody

"Author Martin Lundqvist grew up in a small town in southern Sweden. His favorite childhood story as a small child was the Swedish cartoon about the bear Bamse who is the strongest and yet the kindest. He writes for his own sake and not to promote cultural values. His main problem is whether he wants the story to end on a good or a bad note. What he has found is that there are bigger differences between individual writers, than there is between cultures. What wears him down is not a criticism but disinterest."
Tell us a little about where you were born and raised. What were some struggles or hardships you faced growing up and how have they helped shape you into the person you are today?

I grew up in a small town in southern Sweden. I had a pretty regular childhood with friends, school, sports etc. Like every teenager I ran into occasional trouble, but nothing out of the ordinary. My childhood is a long time ago and it’s hard to see how exactly it formed my personality as many of these processes occurs subconsciously.

As a child, what was your favourite bedtime story? Do you remember when did you write your first blog and what was it about?

My favourite childhood story as a small child was the Swedish cartoon about the bear Bamse who is the strongest and yet the kindest. Although it’s a very socialist cartoon I’d say I am a centrist when it comes to economic policy. I think the governments role is to be utilitarian i.e. provide as much happiness as possible for as many citizens as possible. Neither pure communism nor pure capitalism can achieve this.

My first blog was general stories about my life, with a large focus on our drinking and partying.

Why did you choose to write a psychological crime thriller for your first book? What or who inspired the title of the book, "James Locker: The Duality of Fate"?

I wrote a thriller because I was planning to write a book and I couldn’t pick a genre at the time, so I went with what I knew swedes were famous for, crime thrillers. I put my own twist on it though, and it’s a sublime dark satire of the stereotypical police novel.

The book is named after James Locker, the main character of the book. The Duality of Fate refers to his split personality, where he is the investigator and the killer at the same time, a bit like a modern time Dr. Jekyll and Mr. Hyde at the same time.

What made you decide to write science fiction and thriller novels? How do you maintain a balance between the two?

So, I like to experiment and write different genres, I have experimented and written a children’s story as well as a parody on my books as well. I found that science fiction works better for me, as it gives me more creative freedom, while I find that crime stories tend to be quite dark and generic.

What cultural value do you see in reading/writing/storytelling?

I write for my own sake and not to promote cultural values. I believe we are all formed by the culture we live in, and throughout the years I have read stories from a vast array of cultures to extend my world view. What I have found is that there are bigger differences between individual writers, than there is between cultures.

What were some hobbies you pursued while you took a break from book writing for a couple of years? What other things kept you busy then?

It wasn’t as much other hobbies as the fact that I was on a student visa and I was broke at the same time, so I had to work and study and had limited time for book writing. I also met my partner Elaine a few months after finishing James Locker. I did start on a sequel to James Locker, but I didn’t get far as the story didn’t interest me.

What made you decide to take up book writing again in late 2016? Which is your favourite video game? Do you still play it often?

It was a few things. I got my residency to Australia approved so I didn’t need to study any more. This freed up time to write other things than school assessments.

Another factor is that my partner hates when I spend too much time playing video games as she correctly claims that it is a waste of time that can be better spent doing more productive tasks.

Thirdly I had read the God Delusion by Richard Dawkins and thought of a way to sublimely criticise religion, which is a theme in The Divine Dissimulation

How did you get started on your Science Fiction novel The Divine Sedition? Name one science fiction author that you would love to take out on a date.

I got started on The Divine Sedition a few months after finishing the Divine Dissimulation. The way it happened was that I was doing a temp job for a week, covering a very quiet reception. This gave me time to write the plot outline as well as getting started on the actual writing of the book.

The Divine Sedition takes place straight after The Divine Dissimulation, but I wanted it to have a new theme, that’s why the plot is moved from mainly covering Eden, to covering the conflict between the rich and poor in the solar system instead.

I am not looking into dating as I am in relationship. To meet up, have a drink and discuss ideas, I would like to meet up with Tolkien or Asimov.

As the first book to your The Divine Zetan Trilogy series, what kind of impact did you want "The Divine Dissimulation"to have? Do you think you were able to achieve it?

The Divine Dissimulation had limited impact as it didn’t have many readers. Ideally it would have moderately angered religious groups, which automatically would give me publicity and a following among people against religion. I also find the concept that our gods were in fact advanced aliens to be thrilling but unlike conspiracy theorists I write it as pure fiction. In retrospect I should probably have branded and named my books differently

What is it about James Locker that makes him a different sort of character compared to other characters in all your books?

What makes James Locker unique is that he is neither a power-hungry plutocrat or a revolutionary. He is meant to be an everyday police officer but with a dark suppressed secret. To people around him, he seems aloof and a bit odd, but no-one figures out his secret. This is slight homage to “American Psycho” were the villain/protagonist carries out all his atrocities seemingly unnoticed due to how self-absorbed the people around him are.

In book 2 of The Divine Zetan Trilogy series, "The Divine Sedition", Keila fakes her own death to fool Bjorn Muller to give up on his fugitive hunt. What made you decide to bring such a plot in the story? Have you ever met someone like Keila Eisenstein in real life?

The only plausible way for Keila to regain control of Eden in the beginning of the book would be for her to fake her death which she does, knowing that Bjorn would rather see her dead than alive and being well-aware that he doesn’t want an in-depth investigation into Keila’s past.

I haven’t met anyone like Keila in real life.

After book 2, you have started writing on the third book and final book of The Divine Zetan Trilogy, The Divine Finalisation. Is it hard for you to say goodbye to old characters? How difficult it is to write the end of a series?

I am a bit of George RR Martin in the sense that introducing and killing of characters is my favourite part of book writing, so I am perfectly content with it. My main problem is whether I want the story to end on a good or a bad note. My plan is to use a Deus ex Machina plot device near the end of the story saving the day and giving a good ending.

Of all the characters you've created, which one do you think is the most complex? Which character do you think you'd get along with the most?

I think Keila Eisenstein would be the most complex one. Most people around her thinks that she is mentally ill, but she isn’t as the Zetans communicating with her is real. She has good intentions, but they often turn out terribly wrong and she feels a lot of internal strife and guilt as well.

I don’t receive much of either to be honest. What wears me down is not criticism but disinterest. If someone were to criticise my works after reading them I would be happy as that would a spark a debate and I usually like debating.

Have brimming questions to ask author MARTIN LUNDQVIST? Ask the author whatever you like, but keep in the appropriate zone.
** Please note, unanswered questions will not appear on the page and refrain from posting promotional messages.

The author, a good book and you. Contact MARTIN LUNDQVIST here.
** No Spamming: Spam is an irritant to regular users or the authors. Please note that bombarding promotional mails/messages is strictly prohibited. Your IP address may be blocked if found doing so.