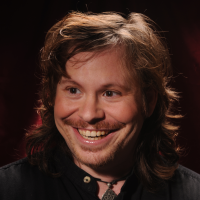 Mike Watt is a writer, journalist and screenwriter. He has written for such publications as Fangoria, Film Threat, The Dark Side, the late Frederick Clarke's Cinefantastique, Femme Fatales and served as editor for the RAK Media Group's resurrection of Sirens of Cinema.

Through the production company, Happy Cloud Pictures, he has written and produced or directed the award-winning feature film The Resurrection Game, as well as Splatter Movie: The Director's Cut, A Feast of Flesh, Demon Divas and the Lanes of Damnation and the award-winning Razor Days.

He is the author of the novella collection Hot Splices, short fiction collection Phobophobia, the novels The Resurrection Game and Suicide Machine, and from McFarland Publishing: Fervid Filmmaking: 66 Cult Pictures of Vision, Verve and No Self-Restraint. In 2014, he launched the acclaimed Movie Outlaw book series, focusing on "underseen cinema". He is also the editor-in-chief of the magazine, Exploitation Nation.

In 2017, he edited the 40th Anniversary printing of Paul Schrader's TAXI DRIVER screenplay, featuring a new interview with Robert De Niro, published in 2018 by Gauntlet Press.

Have brimming questions to ask author Mike Watt? Ask the author whatever you like, but keep in the appropriate zone.
** Please note, unanswered questions will not appear on the page and refrain from posting promotional messages.

The author, a good book and you. Contact Mike Watt here.
** No Spamming: Spam is an irritant to regular users or the authors. Please note that bombarding promotional mails/messages is strictly prohibited. Your IP address may be blocked if found doing so.